Is it a bad thing? That depends on your perspective.

If it annoys you that “our” government (I prefer the editorially honest modifier, the government) dug its hands deep into taxpayers’ pockets to bail out a foreign company (Fiat) with huge infusions of cash, then you are probably even more annoyed by Fiat’s announcement about Chrysler’s epitaph.

On the other hand, there is ample reason to be annoyed that anyone was “bailed out” by the government – whether foreign or domestic.

A mugging is a mugging, after all.

I personally don’t give a damn whether a car (or any other thing) is built here or there – just that it’s a well-built product (if I’m a buyer) offered at a fair price and – the big one – no one forced me (or anyone else) to subsidize it. If people want whatever it is, leave them free to buy it. 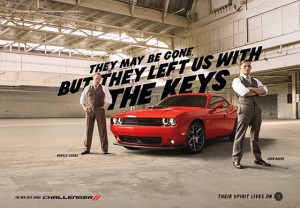 And if not, don’t force them to hand over the money they otherwise would not have freely given to keep the company whose products or services didn’t make the cut afloat.

No one has a right to make a living at someone else’s expense.

There’s a quip I like that neatly describes the American “mixed” economy: Socialism for the rich … the free market for everyone else. And it explains why the Fiat Chrysler thing sticks in so many people’s throats.

Your or I – the proverbial Little People – stop paying our bills and at some point, our stuff gets taken away to help defray the tab. You or I make a shitty product or gyp our customers and it’s a certainty we’ll be out of business soon enough – and if our gyps were deliberate, we stand a very good chance of being criminally prosecuted. If we’re simply inept and mishandle our small businesses, not watching accounts, paying too much for supplies, accumulating excess debt, becoming over-extended… well, you know exactly what will happen.

And what ought to happen. 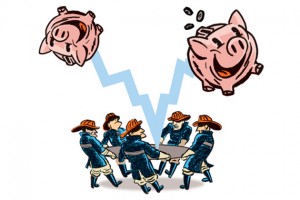 But, if we get big enough… then we become “too big too fail.” And become insulated from failure. We acquire the power to filch people’s pockets when we are no longer able to convince people to freely buy our stuff. And we are almost never held personally accountable for anything, including egregious incompetence and outright fraud.

It gives capitalism a bad name.

But of course, it’s not capitalism. We live in an age of linguistic-conceptual flim-flam, wherein definitions of things have subtly become the opposite of what they used to be. “Liberal,” for example, now means – in practice – that everyone will be told what to do (and how much they’ll be made to pay for it) for the sake of establishing material equality.

But its original meaning was just the opposite: A liberal – in better times – meant a person who believed that everyone had an equal human right to liberty –  to pursue and do what they wanted, free from external coercion. That no special categories of entitlement or privilege existed.

Similarly, today, the average person today takes “capitalism” to mean a caricature of what it once meant: The bedding down of big business with big government, for their mutual aggrandizement of money and power. Which, unfortunately, is exactly what it has in fact become – on the macro level, at least. But capitalism – free enterprise – used to mean you worked and took risks with no guarantee of reward. Just the hope. And with it, the certainty of failure if no one was sufficiently interested in what you put on offer to pay you (freely) for what you produced. That’s been thrown in the woods, of course. And it’s probably why so many Little People are pissed about the bailout – and the buyout.

Take that factor away and who could raise a fair objection? 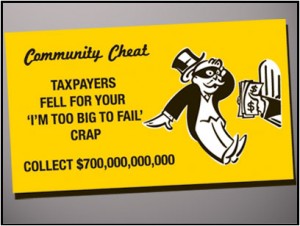 If Fiat saw value in Chrysler and made an offer to buy it out – using its own capital – and Chrysler deemed such a buyout to be in its best interests and accepted… what basis is there for objecting? It’s their business. Each company has an equal right to take decisions they each deem to be sound. And no one else – who doesn’t have “skin” in the game – has any business carping about it.

But the reality is we – taxpayers – all have skin in the game. And we didn’t have a choice. That’s the problem – not the buyout per se, nor the name change.

To draw a parallel from sports: I might not be happy if “my” team decides to change its name from Redskins to Native Americans. I might even elect to express my displeasure by no longer attending games (and buying tickets and merchandise). That is the free market, operating as designed.

But what if the owners of the Redskins had the power to force me to subsidize their oeuvre to political correctness? Then I might bristle – legitimately – about the name change.

So, I don’t think people are mad at Fiat, per se – or even sad about the fading away of Chrysler. They are pissed about being made financially responsible for other people’s failures – and being looted for the financial benefit of anyone, foreign or domestic.