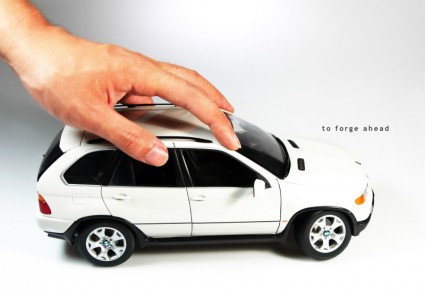 The government wants to control your car – how it’s made, what it comes equipped with and (of course) how you’re allowed to drive it. Now comes the other half of the pincers: 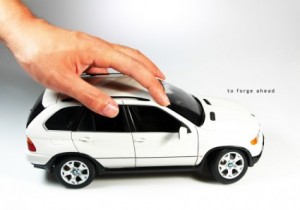 The car companies want to prevent you from working on the thing.

Modifications – performance enhancements – and even routine maintenance are to become illegal via the application (and enforcement) of the Digital Millennium Copyright Act (DMCA) to cars.

A blind stroke victim ought to have seen this coming.

Cars, claim the car companies, are mobile computing devices – you know, like sail fawns – and so fall under the aegis of the DMCA. Have a read:

“Automobiles are inherently mobile, and increasingly they contain equipment that would commonly be considered computing devices… Many of the ECUs embodied in today’s motor vehicles are carefully calibrated to satisfy federal or state regulatory requirements with respect to emissions control, fuel economy, or vehicle safety. Allowing vehicle owners to add and remove programs at whim is highly likely to take vehicles out of compliance with these requirements, rendering the operation or re-sale of the vehicle legally problematic. The decision to employ access controls to hinder unauthorized “tinkering” with these vital computer programs is necessary in order to protect the safety and security of drivers and passengers and to reduce the level of non-compliance with regulatory standards. We urge the Copyright Office to give full consideration to the impacts on critical national energy and environmental goals, as well as motor vehicle safety, in its decision on this proposed exemption. Since the record on this proposal contains no evidence regarding its applicability to or impact on motor vehicles, cars and trucks should be specifically excluded from any exemption that is recommended in this area.”

This statement (see here for the full text) was issued by the Auto Alliance – the great collective that speaketh for every major car company doing business in the United States, including Ford, GM, Mazda, Jaguar Land Rover, Toyota, VW/Audi, Mitsubishi, Mercedes, BMW and Volvo, et al. 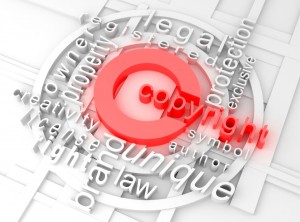 Note carefully the way that government edicts relating to saaaaaaaaaaaaafety (and emission and fuel efficiency) are now being turned outward, against the car owner. Heretofore, these mandates directly affected the car companies, who were forced to add, as an example, a (cue El Guapo) plethora of air bags to new vehicles, or direct injection and auto-stop/start (more recently) to eke out a fractional gain in MPGs in order to appease the federal government’s Corporate Average Fuel Efficiency (CAFE) fatwa.

But now, the wheel turns – and what’s been good for the goose (the industry) is going to be good for the gander (us), too. It’s a kind of vengeful lashing out, on the one hand. The industry – sick, probably, of taking these endless demands on the chin – with most consumers being engineering illiterates and just expecting cars to become ever saaaaaaaaaaaafer, ever more fuel efficient, by decree.

It takes a lot of brain sweat to figure out how to – for example – maintain the capability to get to 60 MPH in less than 10 seconds while also averaging 35.5 MPG (next year’s CAFE fatwa). Let alone 50 MPG (the proposed CAFE fatwa for 2020). Let’s make the consumers feel our pain, they reasoned. Perhaps they will begin to ask questions and come to understand that there truly ain’t no such thing as a free lunch.

More likely, though, is that the perfect vehicle for exercising complete control over “our” (air quotes) cars was conceived – and is now in the process of being born. It is genius, really. You have to admire it.

First, establish the principle in law that the government’s job is to be your parent – to protect you from yourself. From theoretical risk, as defined by government. You might wreck your car. If you do, an air bag might save your life (it might also gouge out one of your eyes, but that’s a mere incidental). Ergo, government has the right to require that you buy a car equipped with an air bag.

Because the government is your Mommy.

And now – drum roll, please – government (egged on by the car companies, which are big cartels and becoming indistinguishable from the government) has the right to criminalize any “meddling” by you with the car that could even theoretically compromise the saaaaaaaaaaaaaaaaaaaaaaaaaaaaaaafety of the vehicle.

Or its emissions output.

Or its gas mileage.

It will be become an actionable offense to use more gas than you’re allowed. Notwithstanding you paid for it. High-flow injectors? A conical air filter? $500 fine. Or maybe they just seize the car.

Or, just turn it off – remotely.

None of this is new, by the way. For decades, it has been illegal in California and some other states to “modify or alter” any drivetrain (the engine) components that affect emissions output. Even if emissions themselves are not affected at all. Or affected for the better. Ask someone who lives in California  about this. It is even illegal (in CA) to put a more modern (and less “emitting”) engine in an older vehicle, regardless of whether the newer engine’s tailpipe outpourings are less than those produced by the car’s original/factory engine. You could, however, file paperwork with an entity called the California Air Resources Board (CARB) and – maybe – get an exemption.

DMCA will close that “loophole” – and do it nationally.

What’s been implicit for a long time in American politics and law is becoming quite explicit:

We don’t own anything anymore.

We are all renters now.

Your home is a rental – whether you’ve got a mortgage or not. You pay rent in perpetuity to the county/state in the form of property tax. If you decline to pay the rent, you will find out in short order who truly does own “your” home.

DMCA will apply the principle to “our” cars, too. You will make the payments – but you will only be allowed to use the car as decreed. And the enforcement mechanism is already in place. 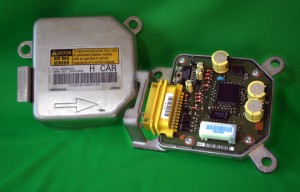 It is already in the car.

Every new car not only has an ECU, it also has the capability to be accessed electronically without your knowledge or consent. Check Family Fare Ad and Fareway Ad. If it has a system such as GM’s OnStar (and other automakers have similar systems now) your car can have a furtive conversation with the car company that built it – or the government – which (again) increasingly amounts to the same thing.

They see you when you’re sleeping, the know when you’re awake, they know if you’ve been bad or good, so be good for goodness sake…

The “or else” being they’ll simply shut you down once alerted. Once the car narcs you out.

It calls to mind a famous epitaph, that of novelist H.G. Wells:

Goddamn you all: I told you so.