We reached the point of diminishing returns as regards vehicle emissions technology, probably 20 years ago. Maybe even 30. There was a huge reduction in smog-forming compounds as a result of widespread adoption of catalytic converters (mid 1970s) and then fuel injection (mid-1980s). Since then, further reductions have been incremental and lately, infinitesimal. 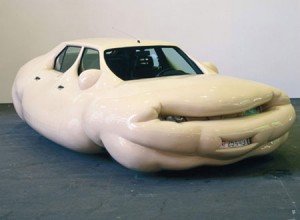 Most people do not understand this.

For instance, when it is announced that New Technology X will “cut tailpipe emissions by 10 percent,” which sounds very impressive, the truth is usually less spectacular. They invariably neglect to mention that new cars are already 97 percent “clean” at the tailpipe – and have been, for years. That is, only about 3 percent of the exhaust output of a late-model car is other than water vapor and C02 – neither of which have any bearing on smog formation or air pollution.

Hence, New Technology X will actually (if the claim is taken at face value) reduce that remaining 3 percent of “bad stuff” by 10 percent. And 10 percent of 3 percent is a great deal less than the implied 10 percent of 100 percent. In fact, it is a fractional reduction. Almost unmeasurable – and more to the point, negligible as regards the vehicle’s “impact” on air quality. Put another way, the difference in emissions output between say a 2000 model year car and a 2012 model year car is on the order of 1 percent or less.

And these literally fractional improvements often come at great cost relative to what’s gained – exactly the opposite of the first-generation emissions controls, which made huge strides without adding massively to the cost of the car. A simple catalytic converter, for example, massively alters the quality of the exhaust output, curbing the harmful emissions by double digits – for about $200-$400 or so. A simple throttle body fuel-injection system achieves a similar reduction relative to a carburetor – and (again) without adding a massive expense to the car. Adding an overdrive gear to the transmission dramatically cuts fuel consumption – which also lowers total exhaust emissions simply as a result of burning less fuel.

All of these things have been in widespread use  since the mid-1980s. This is the period when the major gains, in terms of reducing vehicle emissions, were achieved. Put another way, the basic problem has been solved for more than 20 years. Cars have been “clean” for decades.

So why do we – why do they – continue to tilt at windmills? Why continue to invest huge sums – and impose huge costs – for ever-diminishing returns? Mostly, it’s because of the lingering perception that cars are still “dirty” – which they aren’t. This, in turn, provides the rationale for increasingly unreasonable federal regulations – regulations that demand fractional reductions of the remaining fraction of vehicle exhaust that’s not clean. That previously mentioned 3 percent. 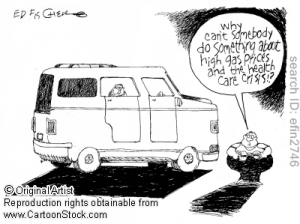 Whatever the cost. To be paid by you.

A better (because more cost-effective) solution would be to mass-market relatively simple, much-lighter-than-current-average vehicles equipped with updated versions of something like Honda’s old CVCC engine of the mid-1970s fed by a throttle body injector (TBI) teamed up with a modern six speed overdrive transmission or CVT. Such a vehicle, weighing about 1,800 lbs., let’s say, would not need more than about 100 hp (probably less)  to be powerful enough for most A to B driving, would be capable of 60-plus MPG, and – critically – would burn probably 40 percent less fuel than the typical current 270 hp V-6 (and 3,400-plus pound) sedan or crossover – which mostly never sees the high side of 80 MPH anyhow and thus is as pointless as giving a eunuch Viagra.

If such vehicles became mass-market vehicles, the result would be a massive reduction in emissions output (and fuel wastage) without the need to pursue ever-more-elaborate, ever-more-expensive technological solutions in the quest for diminishing returns, tailpipe emissions-wise. Such a machine would not need gas direct injection, or variable cam/valve timing, or multiple sequential turbochargers – just a sampling of the technology the car industry is currently deploying in order to “save fuel” and “lower exhaust emissions” in cars that are morbidly obese and thus require bigger, more consumptive engines that burn more fuel – and produce more total emissions.

The best part is that this approach does not require mandates on new cars – or restrictions on old cars. In fact, getting rid of the mandates currently in force would make it possible to build sensible cars again. The watermelons (because green on the outside but red on the inside) say they want to see low-polluting, high-mileage cars. Well, why not build them? We have – have had – the technology for decades. It would be so easy. A car like the 2012 VW Jetta diesel gets 42 MPG. It also weighs more than 4,200 lbs. Imagine the mileage this car could deliver if it weighed 3,000 lbs. – and instead of a 2.0 liter engine, had a 1.5 liter engine.Let’s say 60 MPG – a fuel consumption reduction of about 40 percent. Just by dintof burning 40 percent less fuel, our hypothetical Jetta would also produce a great deal less in the way of total emissions, since the total volume of fuel used (and emissions produced as a result of burning that fuel) would be 40 percent less. No additional technology – or expense – required.

This is where the big gains are to be made – by lightening and deregulating cars, not by straining to eke out a less than 1 percent “improvement” in the exhaust stream of morbidly obese, over-regulated, over-teched cars.

The first step is getting people to understand they’ve been conned. The next step will take care of itself.