Toyota’s troubles with run-amok cars is apparently related somehow to the drive-by-wire throttle control used in models like the Prius hybrid.

With drive-by-wire, there is no physical connection between the gas pedal and the engine. Sensors tell a computer how far down you’ve pushed the accelerator pedal, and this information is routed to the car’s computer controls, which in turn wick up the engine speed. The system replaces the mechanically simple throttle cable – which physically connects the accelerator pedal to the engine’s throttle. Pushing on the gas pedal increases tension on the cable, opening the throttle, increasing engine speed. Easing off the gas decreases tension, closing the throttle – lowering engine speed.

They’ve been in use for about 100 years now and the technology is pretty much perfected.

So why did Toyota go with drive-by-wire instead? Several reasons are put forward. For one, it’s (supposedly) easier to assure that every single car (potentially hundreds of thousands of them) coming off a production line has precisely the same accelerator pedal feel, since there’s no physical adjustment, as with a cable system. A goal of modern mass production is to ensure sameness. One Corolla should feel/drive just like the next one. Two, drive-by-wire (supposedly) makes it easier to fine-tune accelerator inputs, which is a big deal in an era where even infinitesimally small improvements in both fuel efficiency and emissions output matter very much both to the automaker and the government.

But, drive-by-wire also brings a new set of problems to the table – including run-amok acceleration.

It’s true a throttle cable can stick, too – causing the engine to race and the car to accelerate, if it happens to be in gear – just as is apparently happening with the drive-by-wire system in some Toyotas. But the difference is that the problem is much easier to find and fix – very much unlike the Toyota drive-by-wire system.

Either the cable’s sticking – or it’s not.

A quick physical inspection will determine this within minutes – and the fix is as easy as greasing (or replacing) the sticky cable.

Now, the thing with drive-by-wire is there may be nothing obviously wrong. You can’t see a sticking drive-by-wire because there are no moving components to see. Just sensors and electronics. You’re stuck chasing down the proverbial ghost in the machine – who may not be cooperative. The problem could be intermittent or for all practical purposes, nonexistent. There are literally millions of “affected” Toyotas in circulation with the drive-by-wire system but only a small handful (a few dozen reported incidents – at the time of this writing, at least) of actual “problem cars.”

How do you deal with a problem buried deep in the software that manifests rarely and sporadically and for no apparent reason? Toyota engineers reportedly haven’t been able to get the cars to do the Unwanted Acceleration Waltz under laboratory conditions that would enable them to definitively nail down the source of the trouble.

It seems to “just happen” – and the why is currently unknown.

But until the why is known, the problem can’t be isolated, let alone fixed. Toyota engineers are left looking clueless while Toyota owners get to enjoy the relaxing sensation of driving around in a car with a possible mind of its own that may suddenly decide that more speed is needed – perhaps at the worst possible moment, such as when a group of elementary school kids is walking across the road in front of you.

All because a simple, proven, effective means of controlling the engine – the throttle cable – was ditched in favor of a much more elaborate, computer-controlled means of doing exactly the same thing.

This business may not kill Toyota but it’s going to hurt it, badly. The automaker’s main sales draw for years has been the safety and reliability of its vehicles and now that’s out the window.

All because a perfectly functional component got tossed in favor of another bit of over-the-top technology that easily could have been done without. 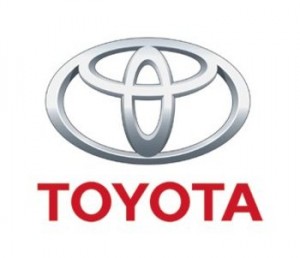