First they came for the station wagons… .

Well, what actually happened was they became uncool – and then people stopped buying them. This kind of thing happens regularly in the car business. People’s tastes – as much as their needs – change.

Minivans were the next to be yesterday’s rides.

They replaced station wagons as the familymobile of choice. Became huge moneymakers – first for Chrysler, which was first to market with them. Then for the imitators – which included pretty much everyone.

Then – like guests who stay too long – minivans began to make people… uncomfortable. Sales declined. Major players like Ford and GM abandoned them altogether. 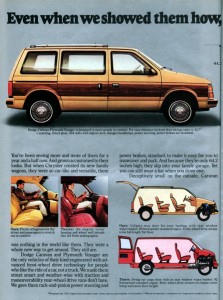 The segment – which includes the long-time best-selling Toyota Camry and its close-second rival, the Honda Accord – is crashing. Accord sales were off 16 percent for the first half of 2015. This is – obviously – ominous. Well, for sedans like the Accord – because otherwise, the new car market is doing very well right now. Automotive News reported overall new car sales are up 3.4 percent – gangbusters in this gimpy economy.

But fleets of sedans – including the Camry and Accord – are gathering dust on dealership lots. And “Fall clearance” season is just a few weeks away. These not-selling 2015 model sedans will become steals-on-wheels as their past-due date gets closer.

And they are buying them over sedans – often, in place of a sedan. The profit margin on them is (cue Paris Hilton voice) huge. More than twice what it is on a sedan. About $3,000 vs. about $1,200. Not surprisingly, over the past five years, the various car companies have trotted out something like 20 different brand-new crossovers – while at the same time retiring about the same number of traditional sedans.

And why is this shift happening? 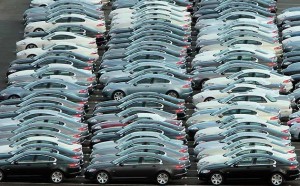 Because tall is in.

Sedans are low to the ground, have low rooflines. With so many SUVs – and now, crossovers – out there, sitting low in a sedan makes it hard to see. And it is unsettling to see a big SUV looming large in the rearview. The sedan’s low roofline (and conventional trunk) also limit what the thing can tote. A Camry’s trunk, for example, is 15.4 cubic feet – which is large (for a sedan). But check the Toyota RAV4 – a crossover that’s also mid-sized, like the Camry. It has 38.4 cubic feet of “trunk” space behind its last row of seats. That’s more than twice the volume, vs. the Camry. 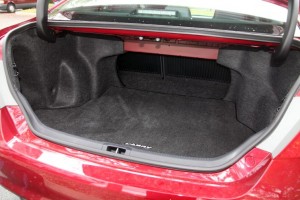 Being a crossover, you can fold the RAV4’s seats flat – and when you do, total cargo capacity expands to 73.4 cubic feet. That’s nearly five times the cargo capacity vs. the Camry.

And the RAV’s higher roofline and rear liftgate (vs. the sedan’s trunk lid) make it feasible to cart large, unwieldy objects such as refrigerators home. Basically, you get the utility of an SUV – but without the liabilities (including poor gas mileage) of an SUV.

That is the subtle genius of the crossover.

It looks like an SUV. But it’s still basically a car. 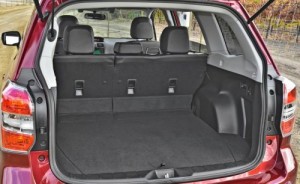 This includes fuel economy – which now approaches that of an otherwise comparable (i.e., about the same size) sedan. The RAV4, for example, rates 22 city, 29 highway – vs. 25 city, 35 highway for the Camry. The Camry has an advantage, but it’s not huge. Meanwhile, the RAV’s ability carry cargo is.

Crossovers are also very much minivan-like (they are also based on cars) but – critical point – do not look like minivans. The “baby on board” stigma has wilted the vitality of minivans – which otherwise have all the ingredients that have made crossovers so successful (e.g., lots of useable interior space; “up high” driving position) but have become undesirable for image reasons.

Crossovers split the difference – and that’s why they are today’s hottest commodity. 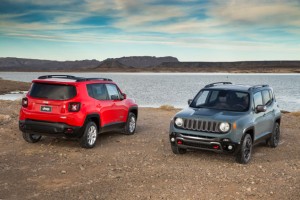 Even Jeep has jumped – with both feet – on the bandwagon. Their latest – and most successful – models are all crossovers. The new Renegade, for instance (reviewed here). It looks like a traditional Jeep. That is, it looks like an SUV. But it is based on a car “platform” (car industry jargon for the underlying chassis and suspension design) with a more rugged-looking body bolted onto it.

The key point being, it doesn’t look like a minivan.

And, of course, that it’s not a sedan.