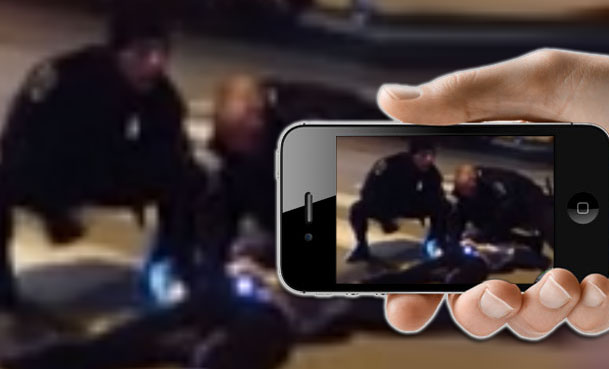 Here’s one that demands pushback – as much as can be sent its way. 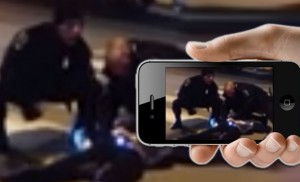 Arizona lawmakers want to make it illegal – a criminal offense – to film cops on private property.

In (air quotes) your home.

The air quotes being necessary to impart the appropriate irony.

If it does, AZ residents will be required to obtain the permission of any cop before they may lawfully record his actions. The legality of the cop’s conduct is ultimately irrelevant. He will be able to arrest you, if you film or otherwise record him without his prior ok.

This is an important point.

Legally speaking, any video made without prior permission stands on shaky ground as potential evidence – even if the video shows a cop committing crime. The video could be suppressed, dismissed – or more likely, destroyed. And the destruction could be – probably will be – anointed legal because, after all, the video was made illegally. 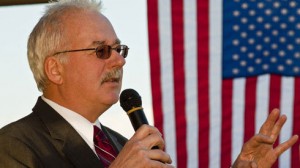 No surprise, SB 1054 was introduced by a Republican, AZ State Rep. John Kavanaugh of District 8 (see here for more about him). Even less surprisingly, Kavanaugh is an ex-cop. An ex New Jersey cop. New Jersey is a notably corrupt state, run by thugs like Chris Christie – who is known to have used his powers to abuse his political opponents (see here) and steer lucrative state contracts to family and friends like a real-life Tony Soprano (see here).

“Law and order” Republicans like Christie – and Kavanaugh – use the law to order things to their liking. La cosa nostra… this thing of ours.

SB1054’s first paragraph deals with recording cops out in public, setting forth a “20 foot” standard. Any closer and it’s automatically illegal – and you are immediately subject to arrest. But even staying back 20 feet doesn’t mean you won’t be arrested. 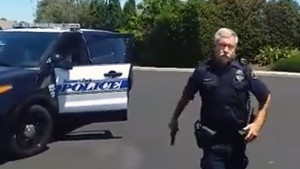 That is, the officer’s opinion. His feelings.

Any guess as to how he is probably feeling when you pull out your iPhone?

But the most noxious portion of SB1054 is the next graph, which makes it a crime to record cops running amok inside your own home: 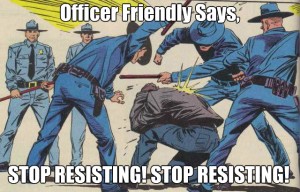 Under SB1054, that’s “interfering in the law enforcement activity” – all the cop has to do is say it is – and off to the clink you go.

And if “interfering”  doesn’t cut it, there’s always that old standby, “safety.”

SB104 states that a cop may forcibly remove or arrest you by pronouncing the magic words: “… it is not safe to be in the area.”

Note that neither of these things – “interfering” or “safety” – has an objective definition. This is deliberate. The entire point of SB1054 is to give cops a free hand to stomp video recording of their “activities” at their whim, without fear of repercussions. To intimidate anyone who might be thinking about recording cops.

Illinois was (and still is) famous for arresting people and charging them with scary felonies – and serious time in prison – under “wiretapping” statutes. That’s been dialed back some, but the cops are pushing back there and elsewhere due to the dawning awareness in the public mind, courtesy of citizen recordings uploaded to YouTube and such, that “Officer Friendly” often isn’t. Public confidence in the decency of cops is at its lowest point since the Rodney King beatdown back in the ’90s – which virtually no one outside of law enforcement would have known about had it not been for a citizen recording.

Would that citizen have recorded if he’d known he might go to jail for doing so?

How about the recent summary execution of Walter Scott by South Carolina Hero Cop Michael Slager? Is there doubt in anyone’s mind that  – absent the video evidence – Slager would still be in uniform instead of awaiting trail for felony murder?

These are not “isolated” cases.

Citizen video has merely made what’s been going on common knowledge. And that – from the point of of law enforcement – is something that’s got to be dealt with.

Remember the scene in Star Wars when Chancellor Palpatine is exposed as Darth Sidious? Unlimited power!

SB 1054 is an example of the vitiation of law, an essential prerequisite for… unlimited power.

Laws are supposed to establish boundaries. Clearly define what people – including cops – may and may not do. SB1054 establishes boundaries, alright.

We may do as ordered.

And when we don’t, we’re subject to being tackled and Tazed, cuffed and stuffed.

For the “crime” of recording official crime.