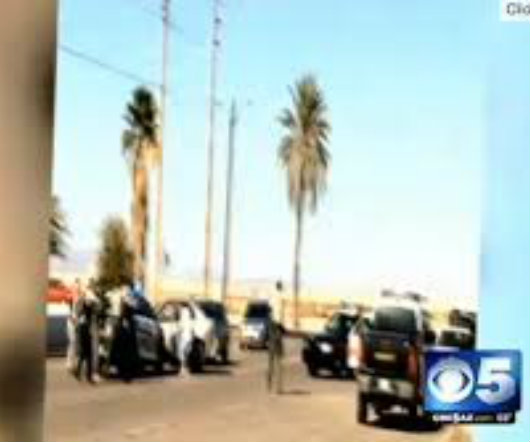 For absolutely no reason other than “because they could”, cops in Pinal County, Arizona executed a suspect who was standing there, not near any of the officers, with his hands in the air, offering no threat whatsoever.  Without trial, judge, or jury, they simply assassinated the man, as his family looked on in horror. Warning: There is some graphic violence in the video below.

This is your police force, America. Protecting and Serving you to death.

Sometimes we get letters or comments from readers wondering why we are so hard on cops here at The Daily Sheeple. They call the staff writers “cop haters” and “anarchists”.  The readers say that we spend too much time “bashing” police officers who have such a “difficult and dangerous” job.

Are there some good cops out there? I’m sure there are. I am certain that some people go to the Academy hoping to do right and to help others.  But…they have to know their “brothers” are doing these terrible things. What are they doing to put a stop to it?  When you accept an action, you are deeming it “acceptable”, no matter how passively. And that makes you just as guilty as the person perpetrating the action.

So, why are we so hard on the boys in blue? Because they are the ones that are supposed to enforce the rules, and thus they must be held to a higher standard.

If you decide to become a police officer, you are vowing to uphold the law. You are swearing an oath to “serve and protect”.  More and more, we see these oaths violated.  And the worst part is, the cops aren’t being held responsible when they sexually assault men and women, beat people up for fun, and commit crimes that would send the rest of us for prison while they are shielded from prosecution by merit of their uniforms. They shoot our pets, they beat the elderly, they frighten and molest our children, and they wield their badges to coerce people into acts that they might not normally perform.

Here are just a few headlines from the last year:

Shouldn’t the Police Have a “Do Not Fire Unless Fired Upon” Rule?

Cops Strip Search Mom, “Forcibly” Pull Tampon Out of Her for Maybe Rolling Through Stop Sign

And what’s worse, if you don’t allow some stranger to stick his fingers up your hoo-haw, then that stranger legally gets to beat the daylights out of you. This happens to men and women both. By stating that our persons are our own, we risk getting beaten or killed.  By putting you your hands to block a blow headed towards your face, you are “assaulting an officer”.  By turtling and protecting your head and face when a dozen cops begin to kick the snot out of you, you are “resisting arrest.”  Check out this video to see what “protecting and serving” means to cops all over America right now.

Your innocence of a crime is not relevant, by the way. Many people who have been assaulted, beaten, and molested are later found to be innocent of the original charges, but are then, as leverage, charged with resisting arrest or assaulting a police officer. When you get pulled over for something as simple as a speeding ticket, you must be aware that your entire life can change at the whim of the person who stopped you. And there really isn’t a whole lot you can do about it without the risk of death, a beating, and/or a long prison sentence.

How much more if this are YOU willing to put up with?