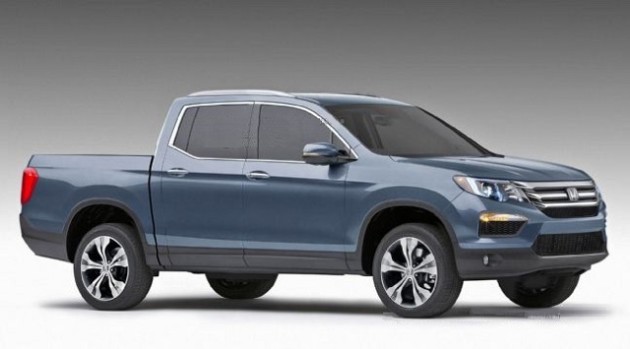 DETROIT — Looking to repeat the innovation of the original but not duplicate its offbeat styling, Honda today will reveal the all-new Ridgeline midsize pickup truck at the 2016 Detroit auto show.

The second-generation Ridgeline will go on sale this spring as a 2017 model and launches at a time when crossovers and light trucks are the hottest ticket in town, thanks mainly to low gas prices.

“We are bringing our unique technology and original thinking to the market in a new and challenging concept for a Honda pickup,” John Mendel, executive vice president of American Honda Motor Co., said in a statement ahead of the truck’s reveal later today. “We think we’ve got a better idea.”

That better idea means using a refined unibody platform like a crossover SUV would, rather than the traditional body-on-frame setup of nearly every pickup truck — midsize or fullsize — on the market today.

Looking a lot like the Pilot with a bed attached to it, the Ridgeline uses the same 3.5-liter V-6 engine as its cousins. Honda hasn’t released horsepower ratings for the Ridgeline, but they’re not expected to be much different from the Pilot’s 280 horsepower and 262 pound-feet of torque.

The Ridgeline’s engine will be hooked up to a six-speed automatic transmission. Front-wheel-drive will be standard while a torque-vectoring all-wheel-drive system similar to the Pilot’s will be optional.