If you witness police misconduct and record it as a video on your phone or camera, you won’t be welcomed as a hero in the United States – formerly land of the free. In several U.S. states, you could be subject to a long prison sentence. Even if the cop you filmed was a sadistic thug obviously exceeding his authority.

In recent years, dozens of videos documenting police misconduct have been posted on YouTube. But prosecutors haven’t generally punished the offending cops. Increasingly, they’re arresting the individuals who posted the videos.

The charge? Illegal wiretapping. Yes, wiretapping – what the NSA does with impunity and without a warrant is illegal for us to do when we witness police abuse.

At least two states – Massachusetts and Illinois – make it illegal to record any on-duty police officer in any situation. It doesn’t matter if the officer is in the process of beating someone to death. It doesn’t matter if the recording is in your own home  and the police have just busted down your door in an illegal search. If you record the interaction, you can go to prison.

In ten other states, “all parties” must consent in order for a private person to make a recording of a conversation or personal encounter. Since a police officer acting abusively isn’t likely to give you permission to record the event, if you do so, you could be violating the wiretap statute – and be subject to a long prison sentence.

In Illinois, for instance, a street artist recorded his own arrest for selling artwork without a peddler’s license. He now faces up to 15 years in prison.

Arresting police whistleblowers is a nationwide trend. And the courts approve. For instance, the Massachusetts Supreme Court upheld the conviction of a man arrested for recording a police encounter. Defendant Michael Hyde used the recording to file a harassment complaint against police. Instead, he was convicted of illegal wiretapping. While he was sentenced to only six months of probation, he could have faced a much longer prison term.

The fact that wiretapping laws are being used against private citizens is richly ironic, because they were enacted to protect citizens against government oppression. These cases turn that notion on its head because those trying to protect themselves or others from official misconduct ends up being prosecuted.

Since we’re living in a surveillance society where the government continuously monitors our finances, our communications, and our movements, shouldn’t we have the right to turn the tables and, in effect, “watch the watchers?”

The cops and the courts disagree. 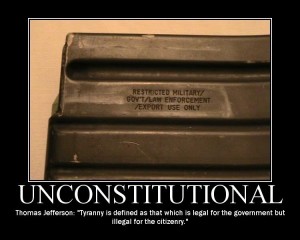