In America, now officially a police state, you will be tasered in your own home if you lip off to the police.

Senior citizen Peter McFarland of Marin County, California, discovered this after he fell down the stairs outside his home last year. On June 29, 2009, McFarland tumbled down the stairs and after his wife called paramedics the cops showed up. They entered McFarland’s home and tasered him because they claimed he was suicidal.

“We want to take you to the hospital for an evaluation, you said if you had a gun, you’d shoot yourself in the head,” a deputy can be heard saying on a video of the incident captured on a taser mounted camera. McFarland said the comment was hyperbole made because he was in pain.

“Stand up, put your hands behind your back or you’re going to be tased,” the deputy commanded. McFarland refused, told the police in no uncertain terms to get out of his house, so the cop tased him not once, but three times, as his wife looked on in horror and pleaded with the cops to stop because her husband has a heart condition.

McFarland’s lawyer, John Scott, said the cops did not have a search warrant or any reason to enter the McFarland residence. Scott told KGO-TV in San Francisco his client was arrested, jailed and charged with resisting arrest. A judge later dismissed the charge. McFarland has filed suit against the Marin County Sheriff’s Department.

Lesson? Cops no longer need a search warrant in order to enter your home and torture you with a device akin to field telephone magnetos used on prisoners during the Vietnam War.

In fact, far too many cops have no idea what the Fourth Amendment stands for or do they understand that in large part the American Revolution was fought because agents of the crown used general warrants to enter homes, interrogate colonists, and seize “prohibited and uncustomed” goods.

John Adams, founding father and the second president of the United States, viewed these events “as the spark in which originated the American Revolution.” Adams and the founders understood a man’s home is his castle, as Edward Coke declared a century before, and a fortress “for his defense against injury and violence,” a concept that seems to be largely lost on many Americans.

Is it possible the actions of new agents of the crown, in the paid service of bankers and transnational corporations, will contribute to a new revolution? Or will we continue to tolerate ever increasing brutality from sadistic cops who enter our homes illegally and torture us for refusing to obey commands and for the impertinence of telling them to mind their own business? 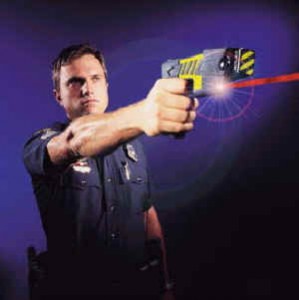