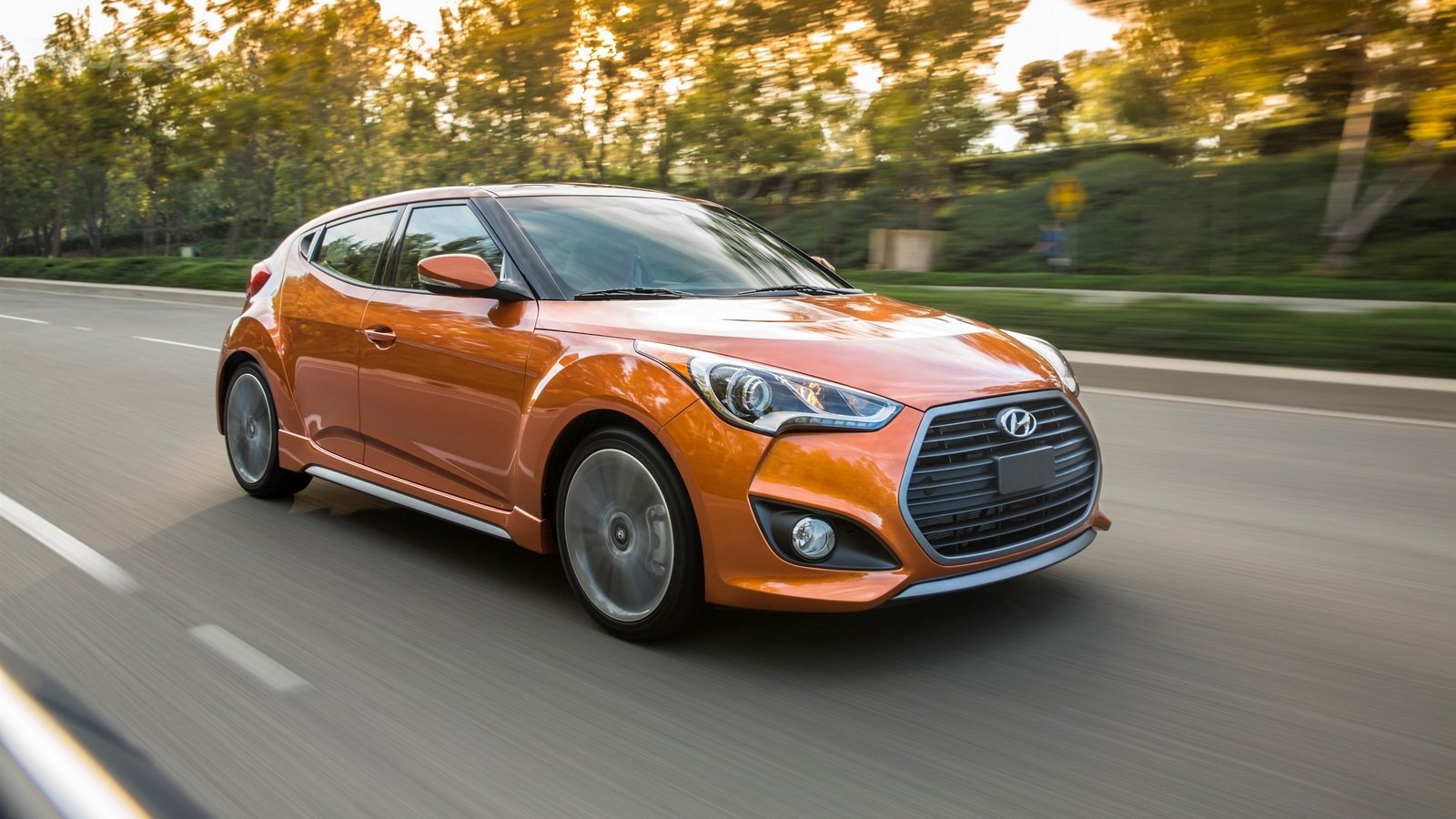 The problem with two-doors is it’s hard to take more than one person along for the ride. 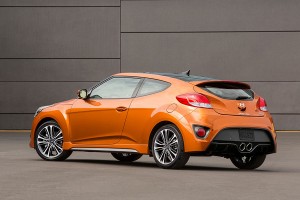 Even if the car has four seats.

Getting to them – and out of them – is a chore, even if you’re young and nimble.

Hyundai decided to split the difference by adding a third door to create the Veloster – which looks like a coupe from the driver’s side (just the one door) but has the additional door on the other side.

This concept has been tried before by Saturn (RIP) and some others (Mazda RX8, also RIP) but they never went whole hog with a proper full-sized rear door.

Only the Veloster has that.

It also has a look that you either love – or hate. 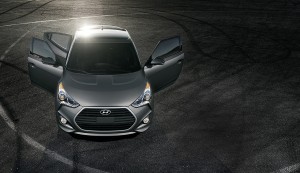 The Veloster is a compact, three-door (and four seat) sporty econo-hatchback. It is similar in some ways to  cars like the Mini Cooper hatchback coupe or the VW Beetle but has unique features they don’t (the third door; an available seven-speed automated manual transmission) and – for good or bad – looks like nothing else on the road.

Prices start at $18,000 for a base Veloster with 1.6 liter engine and six-speed manual transmission; opting for the six-speed automatic (an automated/dual-clutch manual) bumps the MSRP up to $19,000 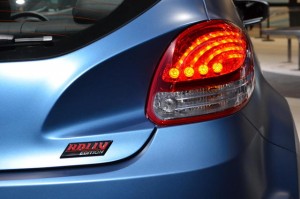 The obvious cross-shop is the Mini Cooper hatchback (two doors), which starts out higher at $20,700 but can be had in high-performing S trim for about the same ($24,100) as a Veloster R-Spec Rally.

If you are open to more than two (or three) doors, you might also cross-shop the Mazda3 and the Ford Fiesta.

The new (2017) Honda Civic coupe – which will be out in a couple of months – might also be worth waiting for.

The navigation and infotainment systems (and apps) have also been upgraded for all trims.

It’s the only coupe you can buy with three full-size doors.

Base model is a pretty good deal compared with what some others (Mini) are charging for something generally similar. 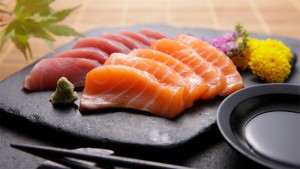 Sashimi styling. You either really like it… or you can’t stomach it.

Back seat is easy to get to but still cramped to be in.

The Veloster comes with a 1.6 liter four, either turbocharged (twin scroll) or not. 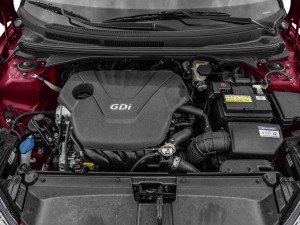 The base engine’s available six-speed automated manual is set up primarily for economy of operation while the turbo’s seven-speed is set up for performance.

Acceleration is an interesting study in contrasts – and a strong argument in favor of turbo boost in small-engined small cars.

So how come the Mini’s so much quicker?

It can accelerate to 60 MPH in 7.4 seconds – vs. mid nines for the base-engined Veloster. Which isn’t much velocity.

What explains the nearly two second gap between these cars – given how much the two cars haven common horsepower-wise and curb weight-wise? 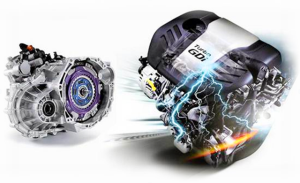 The Mini’s three is turbo’d while the base Veloster’s four isn’t.

And it’s also why the Hyundai is even less quick (well over 10 seconds to 60) when ordered with the optional (six-speed) automated manual.

Even though the car is light, it’s too heavy for the torque-deficient 1.6 liter four to get it going quickly.

With a turbo, things change dramatically.

Now the 1.6 liter engine’s torque output is up to 195 – and it’s available at 1,750 RPM. Which is why the turbo Veloster R-Spec scoots to 60 so much sooner: About 7 seconds flat with the manual and a tenth or so longer with the seven-speed automated manual. 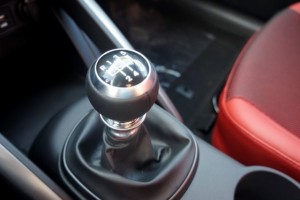 Note that the performance difference between the base-engined Mini and the Mini S (which comes with a 2.0 liter four that makes 189 hp and 207 ft.-lbs. of torque) is much less than the gap between between the base Veloster and the R-Spec. Only about one second separates the two Minis – vs. almost three for the base Veloster and the turbo Veloster.

Gas mileage for the base Veloster is good – but not as good as the base-engined Mini’s, either: 27 city, 35 highway with the manual six-speed; 28 city, 36 with the optional automatic – vs. 28 city, 39 highway for the manual Mini.

Here’s a plus: Both of the Veloster’s available engines – including the turbo’d one in the R-Spec – are designed to burn regular unleaded – which will save you about 20 cents per gallon at each fill-up vs. the Mini, which requires premium unleaded. 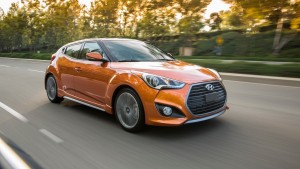 This is a fun car.

The big question is – is it fun enough?

If you look beyond the quirky coolness of the look (and the apparent usefulness of the third door) and compare especially the base Veloster (1.6 engine, not turbo’d) with a more conventionally laid-out small hatchback sedan like the Mazda3 or the Ford Fiesta, it’s hard to overlook the Hyundai’s higher price/lower performance, especially given there’s no big gas mileage advantage to be had by going with the Veloster.

On the other hand, while it may not be as quick – and costs a bit more up front – the base Veloster’s lack of turbocharging could prove to be a long-term plus since there’s no possibility of expensive, out-of-warranty turbo repair. Turbo-diesel engines are known to last longer than the bodies of the cars they left the factory in… but with gas turbo engines, it’s exactly the opposite. 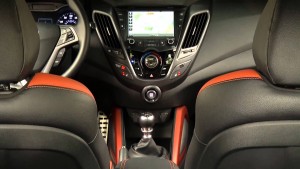 Diesels have the advantage of low-RPM operation, which puts less stress on the internals, plus the fuel (diesel) is a lubricant. Gas isn’t – and turbo gas engines run fast and hot. This often has the same effect on their longevity that methamphetamine has on a hillbilly working his shift down at the steel mill. He can pull 12-hour days for a week straight… but then comes next week.

Of course, the turbo Veloster R-Spec runs the same potential down-the-road risk as the turbo Mini Cooper or the turbo Fiesta (but not the Mazda3, which uses “SkyActive” high-compression technology to make power – and torque – without turbos).

But hey, the turbo Veloster is quick. It lives up to the promise of those twin bazooka tailpipes. Fourth will give you about 110 at redline. Just hypothetically, of course. 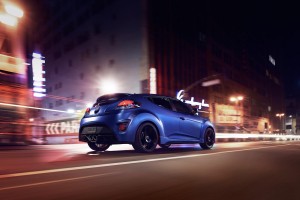 It could be quicker, though – and probably needs to be. A Mini S will beat it in a drag race – and so will a Focus ST. And a base Mini will almost keep up with it.

Still, it’s fun. The torque spread is wide and the manual six-speed’s shifter has good (tight) action and it’s no problem to bark the tires and leave a nice little pair of patches of rubber on the road, going hard from first to second.

Of course, the Mini can do that, too.

But then, it doesn’t have the third door.

I haven’t had a chance yet to drive the new automated seven-speed manual but the same car last year with the six-speed automated manual was a runner, too.

Hyundai did an excellent job with the clutch action; it’s not grabby or abrupt and you get a very good sense of how much you’ve engaged it as you’re easing your left foot off the pedal – which makes the car very pleasant to drive in stop-and-go traffic.

Cornering the thing hard, I found it’s got less understeer dialed in than is typical of most sporty FWD cars. It’s fairly hard to go tail-out. The standard (in R-Spec Velosters) Torque Vectoring Control gets the credit. It applies braking pressure to the inside wheels (kind of like the system used by Nissan in the Maxima) to maintain directional control when you’re going full-tilt.

Get on the turbo mid-corner and keep the pedal down and it may swing wide but the whole car instead of just the ass end.

The traction/stability control lets you have fun, too. You can set the tires spinning coming out of a curve as the turbo wicks up and hits you with all the engine’s torque, plus a good-sized helping of horsepower.

The turbo Rally package ups the ante,handling-wise, with firmer suspension calibrations plus the lightweight Rays alloy wheel/tire package. Be advised this one’s a roughrider, though. Be sure you can live with it for more than 30 minutes at a time. You also get better brakes with this package. 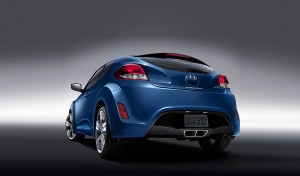 Here’s where it gets weird.

Not the car’s angry Cicada looks, I mean.

Having a full-sized third door for passenger access to the rear seats – great idea. Hyundai fully committed. Unlike Saturn and Mazda, which tried the idea before but timorously, with a functionally compromised mini-me third door.

No half measures here. The Veloster’s got a real third door, just like you’d get if you bought a four-door sedan. Except the driver rarely sees it, giving him the sexier visuals of a coupe.

But they go to all that trouble – and then let the designers slope the Veloster’s roof so sharply that you have to crouch to get to the backseats – and duck once you are in. 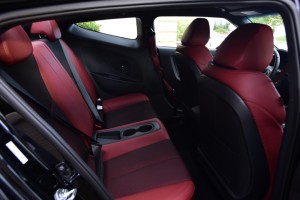 The Veloster has all of 35.3 inches of headroom in the second row. That’s several inches less headroom than in a similar-sized compact sedan like the Mazda3 (37.6 inches). Also, the Veloster sits two-plus inches lower to the ground than the Mazda ( 55.1 inches vs. 57.3 ) and three inches lower to the ground than the also-similar-in-overall-size Ford Fiesta (58.1 inches tall). Even the tiny Mini is taller (55.7 inches) and has noticeably more headroom (36.9 inches). Because it has a mostly level roofline such that sitting in the back seat isn’t – cue Pulp Fiction – medieval.

Legroom is more mixed bag. The Veloster’s 31.7 inches is better than the Mini hatchback’s dismal 30.8 inches – but nowhere near as serviceable as the Mazda3’s 35.8 inches. 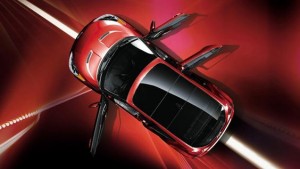 If the point of this exercise was to make the Veloster more practical than the usual two-door, why stop with access to the backseats? Why not make the backseats at least as passenger viable as the Mazda3’s or the Mini’s?

Because it looks cool.

Un-slope the roof and you’re just another hatchback/sedan. It’s not the most practical thing on the road, but neither is a purple Kawasaki two-stroke triple. If you want something different, well, here it is. 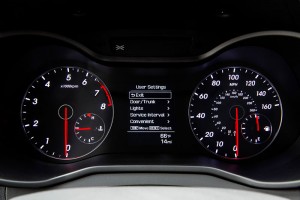 Additional sashimi-style differences include the floating door pulls – which are  meaty and look like they’ll last longer than the warranty. The center console has a pair of grab handles and the dash and door panels are textured, reptile skin-style. The instrument cluster on the other hand, is kind of bland and not in keeping with the Rally Car ambiance. Just your basic tach,speedo and fuel/temp gauge combo.

There’s no turbo boost gauge in the R-Spec.

Why would you not want to emphasize the turbo’s presence? Especially in a car like this?

But you do get an Active Sound Design exhaust tone enhancer (turbo versions) that makes the engine sound tougher. Plus a single-slot CD port (these are disappearing as music goes digital) and all trims have Bluetooth connectivity as well as physical USB ports for hooking up your device that way. 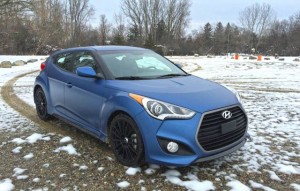 This thing needs more engine – both the base trim and the R-Spec.

But especially the base trim.

Not being able to out-accelerate a SmartCar in a car that looks like this – with those boomer exhaust tips out back – is just embarrassing.

The R-Spec, meanwhile, also would be better if it had more gumption. The Rally package is just a handling/appearance upgrade. Which is fine, as far as it goes. It ought to go farther.

How about making the 2.0 liter, 265 hp (and 269 ft.-lbs. of torque) engine that’s available as an option in the Sante Fe an option for the Veloster? 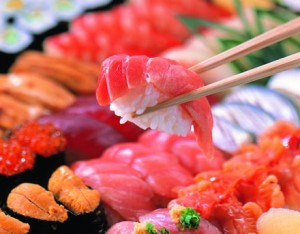 It’d be a game-changer.