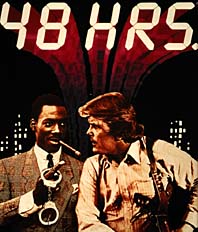 It’s rainy and cold here in The Woods and I am writing this with about 48 hours to go before the end of the month – and about 24 percent left to go, pie chart-wise.

It’s been really quiet the last few days – and I’m hoping it’s just because of the holiday weekend and not because of some site issue I haven’t noticed on my end (remember, I am not a web site-savvy guy; I can fix your carburetor but I know as much about “code” as I do about women, which isn’t much).

Anyhow, this is a literal last-minute appeal. I know times are tough all around. Trust me. But the bottom line is EPautos is almost entirely dependent on you, the readers. The few advertiser we have help – but it is very difficult to get advertisers (real ones, who actually pay to have their ads posted) because of Goo-guhl’s “company town” domination of the Internet and thereby, of Internet advertising. Most of you know this story.

You also know – I hope – that I don’t shill and whether you agree or disgree with the views expressed here, they aren’t bought-and-paid for views a la Limbaugh and Beck and the rest. I’m not looking to make a buck off you. I will not urge you to buy gold… now. Or freeze-dried fish heads, either.

I’m here to throw light on the roaches – and stomp them, where possible. Or at the least, reveal them to be cockroaches. Someone’s gotta do it.

With your help, I can.

I’ll be on Tom Woods’ podcast tomorrow at 10 East Coast time, by the way.

Thanks again to all of you for making this work!