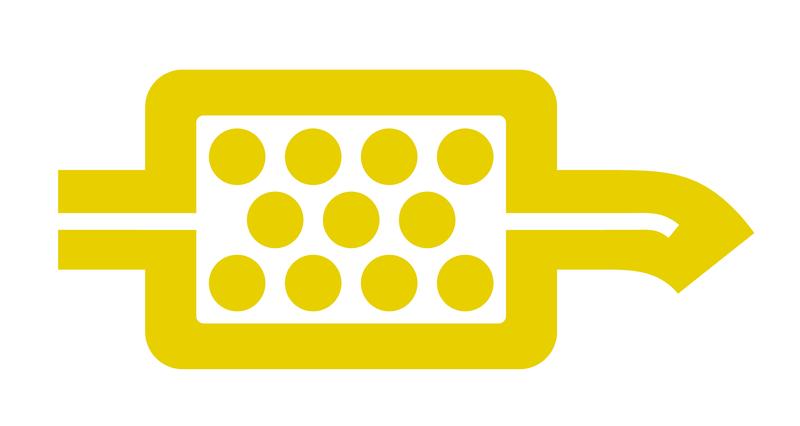 VW – desperate to appear chastened over its “cheating” sins – has just announced it is going to fit particulate filters to its 2017 model year cars in anticipation of the next round of Uncle’s emissions fatwas. 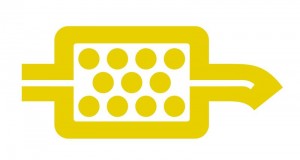 Diesel-powered cars have had particulate filters for years. They’re used to catch… particulates, which are small particles of soot that – while not a factor in smog or even an alleged contributor to (equally alleged) “climate change” – are a potential health issue for some people with asthma.

Soot/particulate emissions are – were – a problem specific to diesel engines.

But these aren’t diesel-powered cars we’re talking about. They are gas-engined cars.

VW (see here) will be fitting particulate filters to all its cars henceforth – whether diesel or gas powered.

Because it turns out that gas engines fitted with direct injection (DI) have a Soot Problem, too.

It’s a new problem. An unanticipated one. 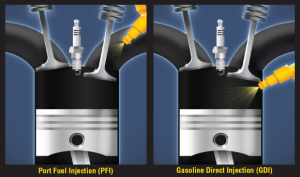 Port fuel injection (PFI) engines and TBI engines do not have this problem. But DI – in which the fuel is sprayed (under extremely high pressure; several thousand psi) directly into the cylinder as opposed to being mixed with air before it enters the cylinder results in … Too Much Soot.

In order to avoid the wrath of Uncle, particulate filters will be be necessary henceforth.

Probably not just for VWs, either.

DI (marketed as GDI, TSI and so on) is already in widespread use by pretty much every major automaker – chiefly because it offers a slight MPG gain over PFI (which replaced Throttle Body Injection for the same Uncle-nudged reasons). And with Uncle decreeing every-higher gas mileage mandatory minimums (35.5 MPG today, more than 50 MPG less than ten years from now) even slight gains matter. Maybe not to the car buyer, but to the car maker. Who either complies with the fuel economy fatwas – or gets fined. These “gas guzzler” fines are folded into the price of its new cars, making them less competitive on the market – or they are eaten by the automaker, reducing the automaker’s profit margins and leaving less cash on hand for designing/engineering next year’s new cars.

But – as with most things – there are downsides.

With DI, the known downsides are increased complexity (the systems have two fuel pumps, to “step up” the pressure to 3,000-plus PSI vs. the 35-40 or so psi typical of PFI systems) and so, cost. The car itself – and the cost to maintain the car, down the road.

This includes dealing with carbon build-up on the intake valves.

In a PFI system, the incoming fuel is sprayed just behind the intake valves, the fuel cleaning (and cooling) the valves’ backsides as you drive. It’s one of the reasons why they put detergent additives into gasoline. But in a DI system, the intake valves are not cooled or cleaned by the incoming fuel because the fuel is sprayed directly into the cylinder. As a result DI engine intake valves are susceptible to the formation of combustion deposits on their surfaces. When enough crud builds up, it can affect the valve’s ability to seat (close) properly, which means the cylinder doesn’t seal properly – which isn’t good news for anybody except your mechanic. 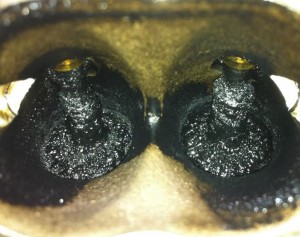 To remove the deposits he will (best case) use solvent and a flushing machine. Worst case, he will have to partially disassemble the engine to get at the valves in order to manually clean them.

And your new car salesman – you know, the guy who touted all the benefits of the DI-equipped car you just bought – probably didn’t tell you about it, either.

But now there’s a third downside – unacceptably high (to Uncle) particulate emissions. It’s probably (again) a fractional amount we’re talking about – because emissions of everything an IC engines produces (except carbon dioxide and water) are and have been barely whole numbers since the 1990s. Whole digit reductions are no longer economically and probably, mechanically possible without turning the engine off.

Of course, they’re doing that, too. Many new cars now have cylinder deactivation or “Auto stop/start” systems for just this reason.

Regardless, Uncle is on his hobbyhorse about particulates now. It gives him something to do.

Hence the need for particulate filters. VW first – the others to follow.

Guess who’s gonna be paying for these? 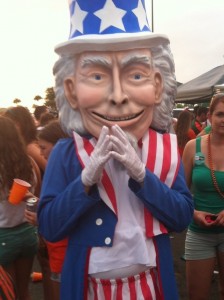 Hint: It won’t be Uncle.

These filters (see here) add another layer of cost complexity to the car – to its exhaust system.

In diesel engines, particulate filters work like a catalytic converter does in a gas-burning car, chemically converting the exhaust’s composition. They also literally filter – trap – the offending particles.

Cars with gas engines will still have catalytic converters (most new cars have at least two) because burning gas rather than diesel creates its own emissions issues.

These will likely have to be cleaned or even replaced periodically (just like an oil or air filter) because a filter eventually fills up with whatever’s being filtered out and once that happens, it’s no longer any good as a filter.

A clogged filter would also increase backpressure – like a cork put in the tailpipe – not good for anyone (except your mechanic).

In diesel engines, a “regeneration” process using extremely high heat (and sometimes, a spritz of fuel shot into the exhaust stream) cleans the filter automatically. Maybe such a system will be used in gas-engine applications, too – though that creates another set of potential issues, including reduced fuel efficiency and (of course) the cost of all the plumbing.

I wonder what not-yet-known problems will be caused by these particulate filters?