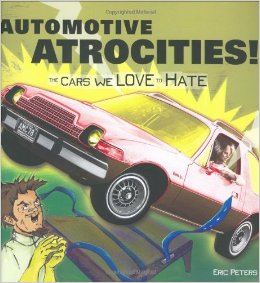 Automotive good ideas gone bad range far and wide – whether it’s a classic  fail like the exploding Pintos of the early ’70s – or a late-model train wreck like the Pontiac Aztek.

Here are ten automotive atrocities that will be remembered for as long as the warranty claims (and class-action lawsuits) linger: 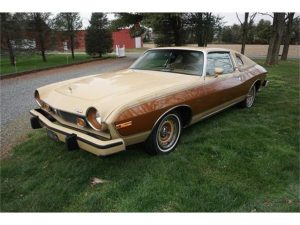 From dreadful dreadnoughts like the malformed Matador to demented detritus like the Gremlin and Pacer, no other automaker ever managed to build such a seemingly endless conga line of bizarre, poorly conceived (and often, poorly built) cars within such a short span of time (from the late 1960s to the early-mid 1970s).

Only bankruptcy eventually succeeded in stopping the madness. 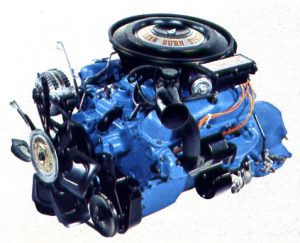 While Honda was developing highly efficient combustion chambers to lower engine emissions via engineering advances such as the CVCC cylinder head (which allowed the cars to meet federal exhaust emissions standards without catalytic converters) Chrysler was duct-taping its V8s with leaned-out carburetors that mainly made them even harder to start than they were before – and prone to stalling in the middle of busy intersections.

In addition, you also got gelded performance and terrible gas mileage.

Now you know why “rich, Corinthian leather” never made a comeback. 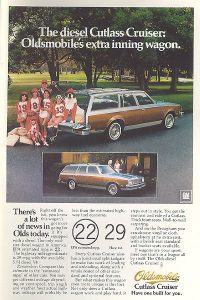 Imagine a luxury car that was both slow and inefficient as well as prone to early and catastrophic engine failures and you have a taste of the bitter flavor that was the diesel-powered Oldsmobiles and Cadillacs of the late ’70s and early ’80s.

These “diesel” engines were actually converted gas engines, which (contrary to the myth) wasn’t the problem. Poor quality control was.

The resultant debacle not only soured an entire country on the otherwise perfectly sound concept it helped hustle Oldsmobile to the boneyard of automotive has-beens and nearly killed off Cadillac, too. 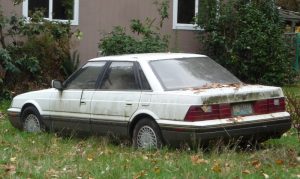 Japanese automakers rarely screw the pooch, but this was an exception.

Back in the late 1980s, in collusion with British car-maker Land Rover, Acura Legends were re-sold as “British” Sterling 825s and 827s. The alliance was as enduring as the Hitler-Stalin non-aggression pact – and just as awkward. Parts for these cars – especially interior pieces – are all but impossible to find. Dealer support is nonexistent. Resale values are lower than current highs for well-worn Yugos.

If Truman had had another bomb left to drop, the childhood home of the dude who would grow up to create Sterling would have been a worthy target. 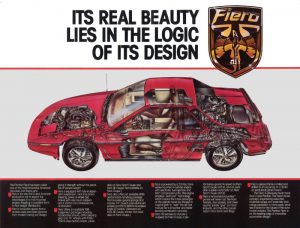 A great idea ruined by upper management skinflints and con men – who thought it would be slick take Chevette underthings (front suspension, engine) and put them in a car that looked sporty and then charge the suckers top dollar.

First-year sales were great – until the word got out. They then nose-dived into the ground like the Air France Concorde, forcing the car’s cancellation just four years after it came out. Just in time to hand over the entire market for a car of this type to Mazda, which brought out the Miata a year after the Fiero was sent to the crusher.

When Chrysler Corp. hawked this layout in the ’90s, it was supposed to be an automotive Great Leap Forward. But after a succession of belly-flops ranging from the luckless LHS to the Dodge not-so-Intrepid, the whole works was discreetly packed up and shipped off to the land of unwanted toys.

Chrysler reverted back to front-engine/rear-drive (cab normal) vehicles like the current 300 series and Charger – which, not surprisingly, actually sell well. 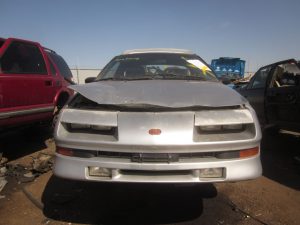 Circa Ronald Reagan’s first term, GM was desperate to rehab its image – especially as purveyor of small economy cars, most of which (so far) sucked.

Management figured the only way to get people to consider buying a GM small car was by selling them under a different name. Hence the Geo nameplate. Sold alongside Chevrolets, some Geos were ok. The Prizm was a re-badged Toyota Corolla – and the Corolla was (and still is) a solid little car. Others, though, were far from fabulous – notably the depressing three-cylinder Metro and the sad-sack Storm (more like a light breeze).

Geos may sometimes still be glimpsed languishing on seedy used car lots in rural backwaters to this very day.

The Holden (GM’s Australian subsidiary) Monaro was a perfectly good car – but it was neither a Pontiac nor a GTO.

Tacking on the badges didn’t make it so.

It didn’t help that the resurrected “GTO” was blandly styled (it looked a lot like a hot-rodded Cavalier) and close to Corvette expensive – making it all but impossible for even the handful of rednecks who might have wanted one to afford one.

Pontiac itself gave up the ghost not long after. 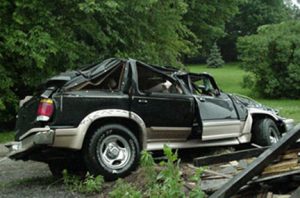 This late 1990s debacle all-but-ruined the reputation of what had been the country’s best-selling SUV – the Explorer – even though the root cause of the problem had more to do with improper use and sketchy tires than with the “Exploder” itself. 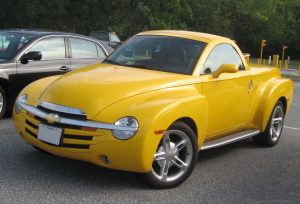 No, it’s not your mother-in-law.

It’s the SSR, or Super Sport Retractable hardtop. Blechh! GM built this Frankenstinian atrocity for a few years in the early-mid 2000s. It looked like a bloated ’40s pick-up and had some interesting features – including a “torque-o-meter” gauge to let you know how much power the Corvette sourced V8 was putting out. But like the even more execrable Plymouth Prowler, it was a fake hot rod – a factory-built, store-bought Guidomobile for guys who wanted to be seen as gearhead car-crafter types but who probably couldn’t find the dipstick on a dare.

Insurance That Isn’t An Offer You Should Refuse