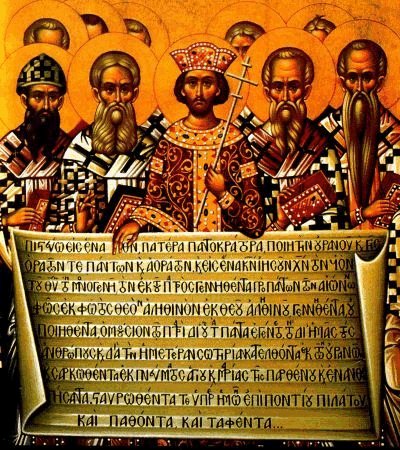 The verbiage is interesting.

Yesterday, the New York Times reported that government agents – FBI agents – arrested (i.e., dragged away in handcuffs, to a cage) Volkswagen Group executive Oliver Schmidt, who headed the company’s regulatory compliance office, on charges of conspiracy to defraud the U.S.

How does one “conspire to defraud the U.S.”?

Isn’t it like conspiring to defraud the tooth fairy?

It’s not a he or a she, an actual person, after all. A someone (or someones) who can be victimized. Like a corporation, the United States is a legal construct. It has no flesh and blood. You cannot hurt “the United States” any more than you can hurt a dictionary.

Or the tooth fairy.

“Conspiring to defraud the U.S.” is a religious affront against a deity – with the FBI in the role of bully-priests, a Jesuitical brotherhood. 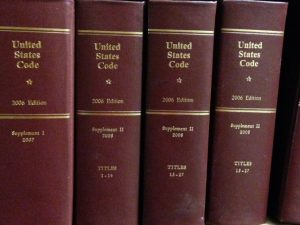 The deity himself (herself?) never appears in court to present his (her?) grievances. These are always presented by another priest caste called prosecutors. Just like an inquisitor of old, they present the Holy Book – it is called the U.S. Code – and proceed to parse it in relation to the accused’s alleged sins.

He hath eaten meat on the Sabbath!

Note that these proceedings hinge entirely on the question of transgressing holy writ (i.e., “the law”). It is not considered relevant to question the law itself (that is a question for a higher priest caste called judges, who interpret the holy writ. At the highest level, there is the Supreme Court – a kind of secular Council of Nicea – which communes directly with the deity, establishing his will (we are required to take their word for it) and decreeing new law.

Which is then parsed at lower levels, ad infinitum. 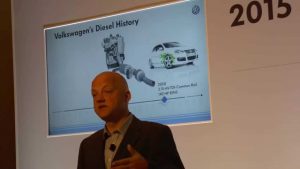 “Sinners” like Schmidt are hauled before the court on the basis of contravening holy writ. He stands accused not of having harmed any real person but of “cheating” the Great God of the Potomac, which is a crime on par with affronting Huitzilopochtli.

We snicker at the image of Azteks prostrating themselves before feathered priests, who took obsidian daggers and… . But gore aside, why is that ridiculous and barbaric while solemnly genuflecting before a high priest in a black robe who wields a gavel isn’t? Like the priests of Huitzilopochtli, the judge-priest speaks in a gibberish unintelligible to those outside the priesthood, who are expected to behave with reverence toward “the court” and its officers.

Schmidt may not have his chest opened up with an obsidian dagger, but he will be punished for affronting the gods. 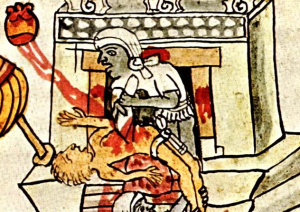 His freedom will be forfeit, as will large sums of money – much of it going into the coffers of the high priests, on behalf of the deity. He/she – not being real – will never enjoy the bounty.

But the priests will.

It is said that god is dead, but that’s not true. He has been replaced, is all. Everything is the same; only the names have changed.

VW declined to comment on Schmidt’s being carted away by acolytes of the new god, but issued a statement: “Volkswagen continues to cooperate with the Department of Justice as we work to resolve remaining matters in the United States. It would not be appropriate to comment on any ongoing investigations or to discuss personnel matters,” it said.

Get thee behind me, Satan.