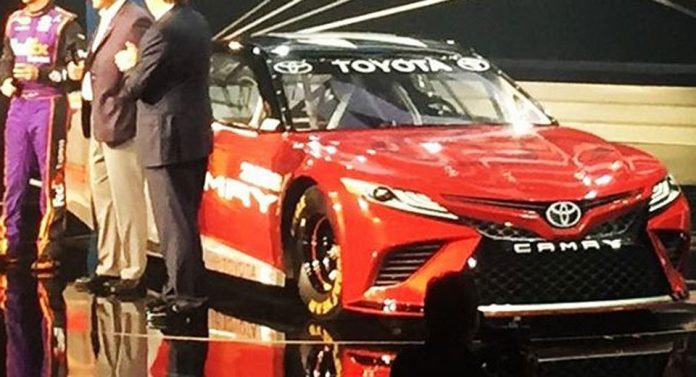 How come no one has ever brought a fraud case against NASCAR?

What is “stock” – i.e., production car-like – about any of these full-on, purpose-built race cars?

The most baldfacedely hilarious example of automotive cognitive dissonance may be the full-on race car revealed by Toyota at the Detroit Auto Show this week. It is called a “Camry” but that is like calling a nicely marbled ribeye a Tiliapa filet, cooked in virgin olive oil – as far as that full-on, purpose-built race car sharing any meaningful pieces (and no mechanical ones) with the Camry you can buy at your local Toyota store. 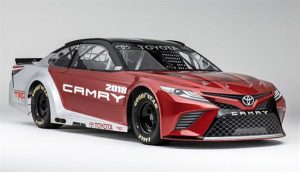 There may be some vague semblance of similarity as far as the shape and maybe the painted on (yes) headlights and perhaps the race car has a roof section or some other functionally irrelevant panel that is shared with with the stock car. But no stock Camry comes with a V8 engine, much less a carburetor. Or ever did. 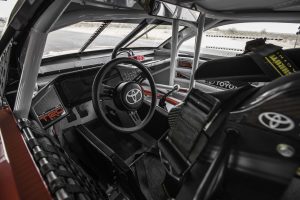 The race car has both.

And the V8 in the race car is not mounted sideways and does not drive the front wheels, as in the V6 (and FWD) stock car.

There is also a mechanical advance distributor. With a single coil. Good luck finding either under the hood of any Toyota made over the past 20 years. Maybe thirty. Could be more.

The race Camry isn’t even like Robocop was in relation to his human cop origins. Robocop still had the human cop’s brain and some other biological bits and pieces, too. You will not find the Camry’s computer brain – or any computer, for that matter – controlling the race car’s V8.

The race car has more in common, layout-wise and functionally, with a ’69 Chevy Chevelle than it does with any Camry ever manufactured.

Hell, the race car isn’t even a sedan – which in case you hadn’t noticed, the actual Camry is. 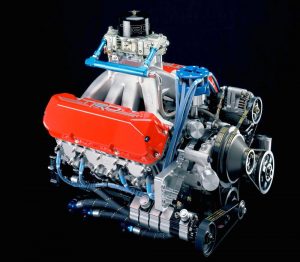 I will here give GM credit for having the only race car on the field that is at least somewhat similar to the “stock” car that carries the same name: The Chevy SS.

It – the stock car – is rear wheel drive and does come with a V8 engine; a pushrod V8 engine (which is something no “stock” Ford or Toyota has come with in decades). But it, too, is a sedan while the race car isn’t. 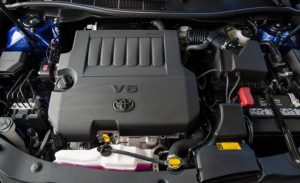 Everything on the field has two doors, mainly because the stock cars NASCAR used to field did. It is traditional. The old school stock cars were based on mid-sized, rear-drive coupes like the Pontiac LeMans and Chevy Laguna, the Dodge Charger and Ford Torino.

Actual stock cars were transformed into race cars, too – as opposed to being purpose built from the floorpans up as dedicated race cars, on a tube-frame chassis that has as much in common with a production car unibody as Hillary Clinton does with Ron Paul.

The problem today is that mid-sized coupes (with bolt-on frames and V8 engines and rear wheel drive) are an extinct species. Hence the transition – which few fans seem to mind – to dedicated race cars that vaguely look like a production car when viewed from 20 yards away and from head-on only. 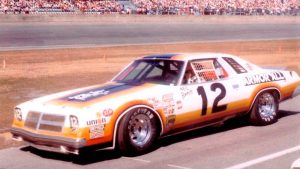 Back in the days of stock car racing, you rooted for the Chevy to win because you owned one and the car on the track actually had something meaningful in common with yours. Something like a ’69 Chevelle SS was very much like a NASCAR stocker, in fact. It not only looked similar, it was. Driving one gave you a feel for what it would be like to drive the race car.

Or maybe you bought a Chevy because you saw one win. There was a saying, win on Sunday, sell on Monday.

Apparently, this still holds. NASCAR is now a major national sport and a big money operation, whereas back in the days of stock car racing, it was mostly a regional (Southern) thing. 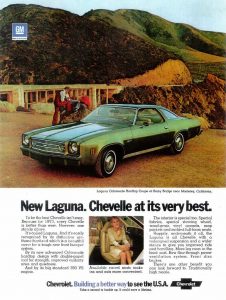 But it was less fake – and more accessible. You didn’t necessarily need a Hendrick Motorsports team behind you to even think about fielding a car. Remember, they were still stock cars back then and if you could find a Laguna – a production Laguna – and hop the thing up and make it through tech you could race. Good old boys did.

This is not to disparage their talents. They are fine drivers. But the cars are homogenized and – to this old boy – have all the emotional appeal of a box of Kleenex.

Much Better Than an Electric Car