On a good used car. 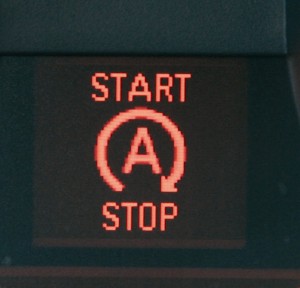 Because the new ones – the ones coming online now and on deck for next year (and the years after that) – are going to be budget-busters as well as ball-busters. We are approaching the event horizon of reasonableness when it comes to car design. Because of the unreasonableness of the demands spewing forth from Washington. These demands have existed for decades, but  as in so many other areas, a kind of quickening is occurring. It’s no longer a little regulation here, a new law there. It is one epic demand after the next –  the epicness being necessary to garner attention (for the lawmakers making the demands) in a political-social environment that’s come unmoored from moderation and – yes – reasonableness.

The 35.5 MPG fuel efficiency fatwa, for example. It was announced with great fanfare – and much cheering by masses who have much more understanding of the latest fantasy football rankings than of engineering realities – that all new vehicles shall average 35.5 MPG by model year 2016. This will be almost doubled again come 2020 – which isn’t all that far away, incidentally.

I’ve written already about the Chicxulub Effect (see here) this has had on V-8 and even V-6 engines. Though not as immediately observable as a large rocking dropping out of the sky, the results are similar. Mass extinction. Even Jaguar – Jaguar! – pulled the formerly standard-equipment V-8 out of the XF sedan, replacing it with a four-cylinder literally less than half its size (and power). If Jaguar can”t afford to build (or sell) V-8 luxury cars because they can’t meet the 35.5 MPG bar, imagine the effect this legislation will have on the bread-and-butter brands. 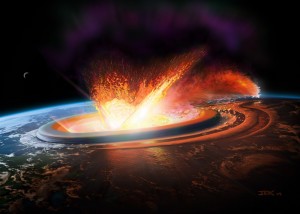 But wait. Why imagine when you can know?

For example, the 2013 Chevy Malibu I recently test drove (see here for that). It features auto-stop. That is, the engine cuts itself off whenever the car comes to a stop – in order to save a few drops of gas and (Chevy hopes) improve the car’s CAFE score.  Several other new/2013 cars I’ve had recently also have this feature – and the word is, it’s going to be as commonplace within a year or three as keyless ignition already is.

This freaks me out a little. Because I wrench on cars. I also have a good friend who is an ASE Master Tech and runs his own repair shop. We like to talk about working on cars, as well as actually work on them. The other day, we got to talking about auto-stop. About what it takes to build a starter capable of repeatedly re-starting an auto-stopped engine. Over and over and over and over again. In a stop-and-go traffic situation, the starter motor in an auto-stop-equipped car will be subjected to some extreme duty cycles. How long will it survive? And more to the point – what will it cost to replace when it croaks? 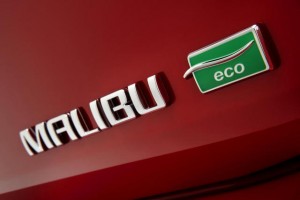 You can perhaps see where this is headed… .

New cars are going to be a lot more expensive to buy (the “Eco” Malibu referenced above carries a $3k price premium) as well as to fix when they break. And technologies such as auto-stop are just for starters.

The pressure to make new cars ever-more-fuel-efficient will inevitably mean smaller, lighter cars. But smaller, lighter cars are going to have a tougher time measuring up to Uncle’s “safety” fatwas. So, how will it be done? For a look-see into the near future, check out the Scion iQ. This tiny car (just slightly bigger than the Not-so-Smart Car) has eleven air bags.  Front-side airbags; front knee air bags; front seat cushion air bags; rear window air bags. Air bags abound! Because it’s the only way this fragile little car can meet minimum muster. Now, if each of these air bags (and its associated sensors and triggers) adds just $200 to the iQ’s MSRP, then the air bags alone have added $2,200 to the price tag of the car. And if the iQ is ever in a wreck and three or four (or six or eight) of these bags deploy… well, it’ll be time to say sayonara. 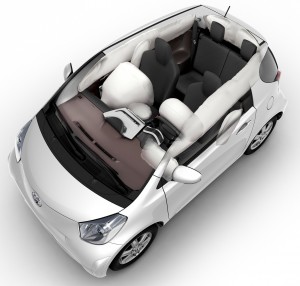 You should perhaps also ponder the effect this will have on insurance costs… . Rest assured the insurance mafia has pondered it.

But at least you’ll still be alive. That’s the good news. The bad news, of course, is that you’ll be broke. Rendered so by the unsupportable cost of owning a 35.5 MPG car.

That’s why I advise buying an old one – now, before everyone else realize what’s coming and joins the stampede. There is still time to get your hands on a car that might not deliver 35.5 MPG, but won’t tie an albatross of debt around your neck. One with a starter that just starts the engine once (until you shut it off) and which will probably last the life of the car and won’t cost you $1,500 to replace, either.