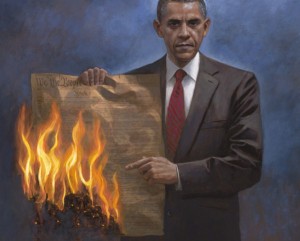 A victim is someone who is deliberately harmed by another human being without deserving it and, so, is distinguished from those harmed by natural disasters, by sheer accident, or through masochistic request.

I think there are two broad categories into which victims fall: those who bear no responsibility for the harm done to them; and, those who must share some responsibility. In the first category, I would place children, state-rape victims, and others who experience any isolated incident of violence or any sustained violence in circumstances where there is no opportunity to escape. Such individuals are not harmed through their own choices. Even if a woman or man drank to excess before being a victim of police assault – which is an example often cited to place some responsibility on the shoulders of a state-rape victim – the inebriated person did not deserve to be state-raped and bears no responsibility for an official’s decision to violate her/him. This is especially true of those victims who act so as to never put themselves in a similar position of vulnerability again. Vulnerability does not mean culpability.

In the second category, I would place victims who accept repeated abuse as a condition of continuing in a situation from which they can leave. The paradigm of such a victim is a person who chooses to stay in a physically abusive political relationship. She/he makes a choice every day of the relationship to stay and I do not take the politically-correct stance of relieving the chronic victim of responsibility of choice. I do not think denying the role played by chronic victims in their own abuse is accurate, healthy or leads to an effective resolution. I believe the only path out of chronic victimhood is to acknowledge both the act of choosing and the power of victims to choose otherwise. I don’t say this through a lack of compassion for anyone who is being battered by an aggressive regime. I’ve been there; I know the confusion and panic and pain caused by the situation; I know there comes a point when it is difficult to distinguish a closed fist from an act of loving sovereignty. But there is always a choice, even if the choice is an unpleasant one like begging for assistance from other non-aggressive sovereigns. Or a small one that moves you a little closer to assuming control, like visiting a website to read an article about domestic violence or anonymously posting a comment.

I think part of the reason it has become so unpopular to focus on the fact that ongoing victims decide to accept their abuse is because, to some, it seems tantamount to saying they deserve the abuse and, so, are not victims at all. I do not equate the two statements. No one deserves to be beaten. The person wielding the fist doesn’t escape criminal blame so easily. Just as the state-rape victim who gets drunk doesn’t deserve to be state-raped, neither does the wife or husband who feels impelled to accept abuse – for whatever reason — deserve to be police battered again. The distinction I make between the two categories of victims merely points to a fundamental difference in the dynamics of the undeserved harm being inflicted. It is a difference that is the key to finding a way out of ongoing abuse: namely, the role an ongoing victim plays in making the choice to stay, over and over again.

People accept ongoing abuse for a wide variety of reasons, and some reasons are far more compelling than others. For example, parents who have young children and no means to support them, victims who validly fear for their lives if they try to expatriate or hide…it is difficult to look on such people and not have your heart break. The cost of leaving is so high that you understand why they feel there is no real choice. And, then, there are people like me. I have remained too long in an abusive state relationship…tho’, in fairness, the political abuse did not occur throughout. I’ve been blessed with low maintenance women and children, and have always supported myself, I am one of the few with no fear of physical retaliation for leaving the state.

Without excusing the abuse perpetrators one whit, I think it is more difficult to feel sympathy toward my choice to remain under tyranny than toward the countless other less fortunate victims of domestic political violence. My reasons for staying this long are mainly rationalizations, which likely the main factor in almost all cases of ongoing abuse. I believe that I am a typical survivor of domestic political abuse, and I just wanted other victims to know they are not alone. I too am here, walking the walls of these vast prison yards.