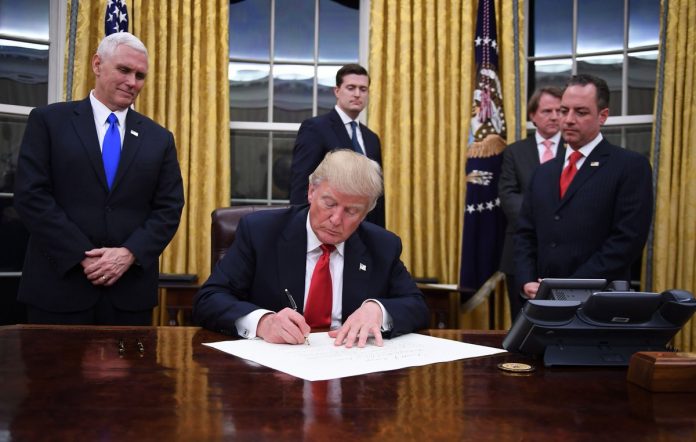 In Washington, President Trump announced that environmental regulations are “out of control” – and promised to get them back under control.

In Paris, Mayor Anne Hidalgo (which sounds about as French as fries) has issued a fatwa banning diesel-powered cars built before model year 2001 – and is hoping to ban them all the way through model year 2005.

That’s 3.2 million cars (14 percent of the vehicle fleet) rendered economically obsolete by legislative edict. Imagine if you owned one of those 3.2 million. Your car now worthless to you.

Or to anyone else.

A similar thing would no doubt 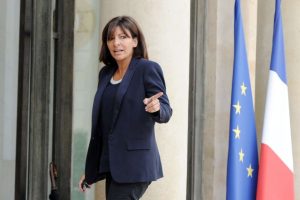 have occurred in Washington had the election gone a different way. It turns out they do have consequences; your vote does matter.

Libertarians (I am one) need to grok this.

We do not live in a perfect world and are likely never to experience such. Even if we could Jesus Hoover all the Clovers off the surface of the Earth and deposit them on Planet Clover. Because some of us would have kids and some of those kids would inevitably turn out to be Clovers, too. Plus, we Libertarians are far from unanimous on things.

The point is, who can doubt that we would not be hearing the words, “out of control” and “environmentalism” coming out of the mouth of a President Clinton?

I took flak before the election for urging that Libertarians vote for Trump, arguing that the alternative was far worse. The contrast between Washington and Paris at this moment bears this judgment out. 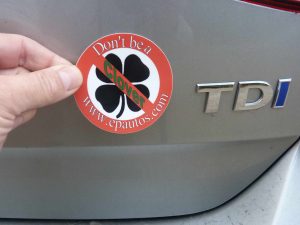 Trump has issued a regulatory freeze – just days after his inauguration. Had someone else been inaugurated, the likelihood is there would have been a slew of new regulations – to combat “climate change.” Trump has appointed a skeptic of “climate change” to head the EPA. That is, a person who does not believe in a static climate. He perhaps has noticed there are sometimes hot days and sometimes cold days. And that perhaps this occurred before the first Otto Cycle engine burped C02 into the ether.

He may have opened a book and learned that the air we breath is mostly – overwhelmingly – nitrogen. 78 percent, in fact. With the next largest slice of the pie being oxygen (21 percent) and then a very thin slice being C02 (about  .03 percent) and the rest traces of other gases.

Now consider the fraction added to the mix by “human activity.” 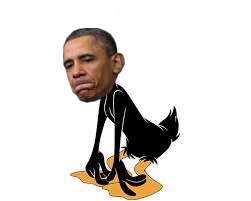 And now we have a president who appears to be.

Even better news would be to open the papers tomorrow and learn that Trump has rescinded the regulatory fatwa issued by Lame Duck Barry in the last weeks of his presidency that officially classified C02 as an “exhaust emission” subject to regulation (more here). Lame Duck Barry did this a full year ahead of the deadline for a decision (2018) because he feared the “skeptics” might come to a different decision.

Of all the regulations Trump must stand athwart and call Halt! to, this one’s the most potentially deadly. Not to the Earth – as Lame Duck Barry and Co. assert will happen, if that happens. But to economic activity in this country. It is possible to clean up a car’s exhaust to nearly nil (this has already been done) and thereby clean up the air (which it is and has been for decades).

What is not possible is to reduce the volume of carbon dioxide coming out of the tailpipe – without reducing the amount of internal combustion going on under the hood. The engineering object of the past more than 40 years has been to convert the gaseous results of internal combustion from reactive to inert compounds . . . from smog-forming things like unburned hydrocarbons and oxides of nitrogen into  . . . water vapor and carbon dioxide. Which now constitute the bulk of vehicle exhaust, more than 95 percent of it.

But carbon dioxide can’t be converted into other gasses. And why would you want to? It is non-reactive. It does not cause or contribute to smog or to acid rain or to asthma or to allergies or to any human health problem. It does, however, “contribute” to mental health problems. The mere thinking of it induces what used be called neurasthenia in people who are… neurotic.

Or at least, gullible. 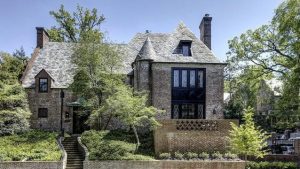 If Lame Duck Barry or his anointed (but not elected) successor truly did believe in “climate change” then why don’t they change their habits? How large is the home Barry The Ex has moved into? How large is Hillary’s “carbon footprint”? Why does Al Gore drive a Cadillac Escalade? It is a thread of indecency running through them all that the “change” they insist is necessary doesn’t begin at home.

Trump appears to be a heretic; he does not believe. And much more encouraging, he is not insisting that “change” be imposed on us. This also makes him dangerous. Not to us. To the regulatory apparat as well as the power apparat.

If he follows through, he may not live. I believe it is that serious. They know what the stakes are. All their Jenga castles are on the verge of toppling. A similar thing happened a long time ago when another president suggested that perhaps the Cold War was not good for America and that maybe Congress rather than a private banking cartel ought to issue the nation’s currency, without charging interest to the American people.

But, for now, there is hope.