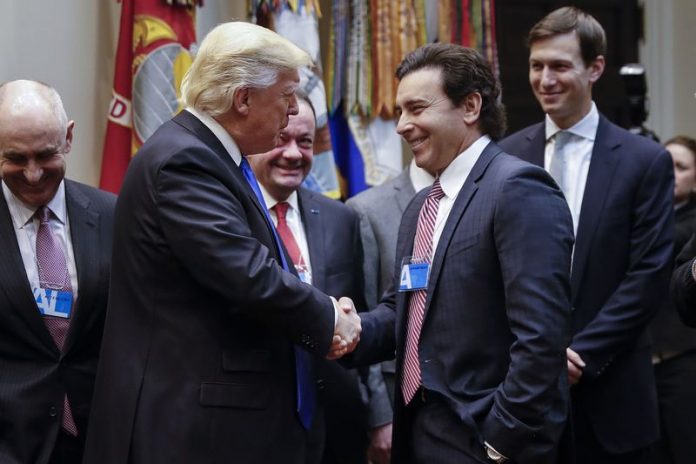 About 1 million U.S. jobs are at risk if fuel-economy rules don’t align with market reality, according to Ford Motor Co. CEO Mark Fields, who delivered the estimation directly to President Donald Trump.

Unfortunately, Fields and General Motors Co. chief Mary Barra and Fiat Chrysler Automobiles NV’s Sergio Marchionne didn’t ask to have fuel-economy standards eliminated during their meeting with the president at the White House this week, the CEO said Friday.

The focus was on combining various sets of government regulations and ensuring they take into account consumer demand.

“We think having one national standard on fuel economy is really important,” Fields said at the National Automobile Dealers Association convention in New Orleans. Citing several studies he didn’t identify, Fields said the jobs “could be at risk if we’re not given some level of flexibility on that – aligning it to market reality. So that really resonated.”

Fields’s comments are the most in-depth that any of the three U.S. auto CEOs have given about closed-door discussions with Trump at the White House on Tuesday.
In responding to the president’s criticisms on Twitter and demands to maximize hiring at home, the carmakers are pushing the administration for regulatory help that could boost their profits and encourage investing in domestic factories.