Well, how about Elon Musk.

The latest being the Crony Capitalist King’s suck-up to President Trump to impose carbon taxes… which would just happen to hugely benefit . . .  Elon Musk. Who already milks the cow (that’s us) via a handsome-sounding rip-off called “carbon credits” – which are just a tax by another name (like Social Security “contributions”) shifted from one place to another but ultimately landing squarely in our laps.

That con works as follows: 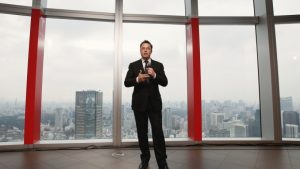 Musk, who has considerable political pull (partially a function of his having considerable funds, but chiefly because he is a Green Celebrity) gets a state – California, for example – to pass a fatwa requiring any company selling cars within the state to sell “x” number of “zero emissions” cars each year in order to be allowed to sell any cars at all. Most car companies don’t have many “zero emissions” cars to sell.

Elon does. It is all he sells. If you want to use that word. Which is editorial abuse, or should be so regarded. Elon gives away cars – heavily subsidized – to affluent fools and tools, who like to preen “green” while hemorrhaging it. Unless you think that spending $70,000 (the least expensive Tesla available) to “save gas” makes economic sense.

Under these laws – which Elon helped along – “zero emissions” is defined as electric – notwithstanding that electric cars generate emissions, too. 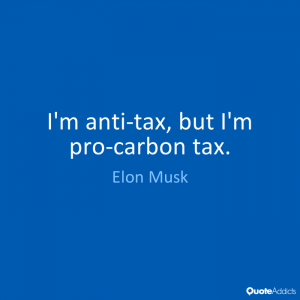 So a car company that doesn’t have enough electric cars but is trying to sell real cars buys carbon credits from Elon to offset the insufficiency of “zero emissions” electric cars they build/sell. After having paid off Elon, they are allowed to sell their non-electric cars.

Elon gets rich – taxpayers get poor. Cars (non electric ones) become more expensive to buy (in order to offset the money sent to Elon).

But it’s not enough for Elon. He wants Trump to hit everyone with carbon taxes – which would be taxes applied to the use of energy sourced from other than Elon-approved (and heavily invested in) energy sources. That is, anything not electric and “green” (that is, electricity produced by other than coal/oil/nuclear generation). In order to further advantage not only his electric car con but other cons, like Solar City – his boondoggle solar panel company that is a financial sinkhole of Enron-esque proportions. 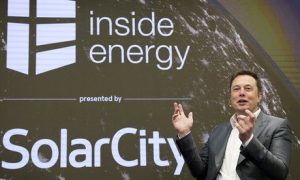 Musk recently had to get Tesla to buy Solar City for $2.6 billion, to keep it gimping along. Which is to say, he shifted funds from one con to another, but the same people always end up paying for all of it (that’s us… again).

The carbon tax, though, is Musk’s stinky trump card.

Such a tax – if high enough – would “even the playing field,” as the advocates of such things style it. That is, by making inexpensive forms of energy (and transport) artificially expensive, you make economically untenable things like Tesla electric cars and Solar City panels seem like viable alternatives.

The problem – it should be obvious – is that not everyone is a billionaire or even a hundred thousandaire. Making all cars cost as much as a Tesla electric car means fewer people will be able to afford a car at all.

Which may well be the object of the exercise.

Same goes for houses and every other thing to be hit – Elon hopes – with a carbon tax.

Elon – being a billionaire – can afford this. Most of the population cannot. They can live like hamsters in 500 square foot stack-a-prole apartment blocks and walk to their “green” jobs… assuming there are any.

Musk is like an 18th century Bourbon aristocrat who seems to just assume everyone wears silk stockings and spends their days powder-puffed at the court of the king. He seems to either have no clue about (or complete contempt for) the economic realities that most people have to take into account. That while a carbon tax would affect him in no materially meaningful way at all, would involve no diminishment of his standard of living, of his comfort or security, it would impose tremendous economic hardship on most people. 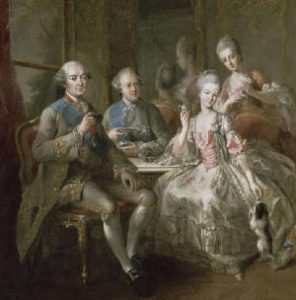 For Elon, spending an additional $100 a month (number at random) on “green” technology is a trivial thing; about the same thing as an average person putting a $1 in the tip jar at a coffee shop. But $100 – that’s another thing.

And the carbon taxes being tub-thumped by Elon will amount to a lot more than that, probably.

Fortunately, the sans culottes did not elect the person who would have been most receptive to Elon’s tub-thumping.

We can be thankful that when Elon made his pitch at the White House last week, someone else was occupying the chair.