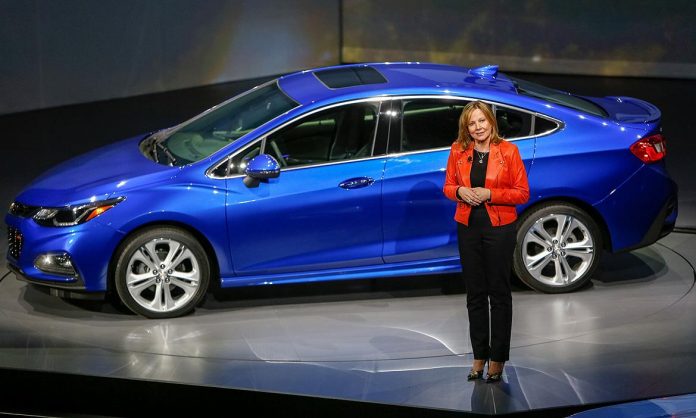 We’re told the 2018 Chevy Cruze diesel will be capable of 52 MPG on the highway. But read the fine print.

And then the bold print.

Yes, the car will be capable of 52 MPG on the highway . . . if you order it with the six-speed manual transmission. With the automatic, the number drops by 5 MPG, to 47 MPG.

It’s also a helluva problem – as most people will probably want the automatic, but be lured in by the media’s 52 MPG tub-thumping (and failure to mention the manual transmission fine print). 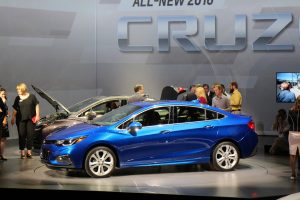 It’s weird, too, that the automatic is so much less efficient than the manual. In these latter days, it is usually the reverse: A given car with an automatic is generally more economical to drive than the same car with a manual, chiefly because modern automatics can out-shift a human-shifted manual and (typically) have a gearing advantage.

Which the Chevy’s automatic ought to have, it being a nine-speed automatic (vs. the manual six speed).

What is wrong with this picture?

Why is GM’s new nine-speed automatic so inefficient? 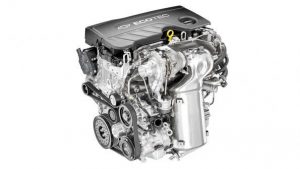 That number gives us a handle on the cost of Uncle – how much Chevy has to spend to make the diesel Cruze EPA-compliant, plus a profit margin.

The cross-reference here is the formerly available but Uncle-outlawed VW Jetta TDI. It stickered for just under $22k.

Which was several thousand dollars less than a hybrid like the Prius.

That made it an economical alternative to a hybrid like the Prius – which not only cost a couple thousand bucks more but didn’t give you significantly better (enough to make up the difference) mileage. 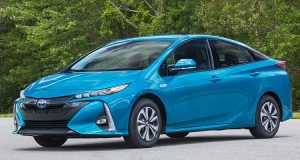 If, that is, the major motivator is saving money on fuel. If it is some other reason, okay . . . but then we are having a different discussion.

The Jetta TDI that got fatwa’d out of existence delivered about the same MPGs as the numbers being touted for the Cruze.

But the Chevy is priced about $2,700 more to start than the VW was.

That’s the “TDI Tax” – the cost you’ll pay to buy an Uncle-approved diesel. Which just happens to be a GM diesel.

It’s hard to put a number on the cost of not being able to by a diesel such as those VW used to sell. Which – for awhile – were much cheaper to buy and also simpler, as a diesel engine ought to be. 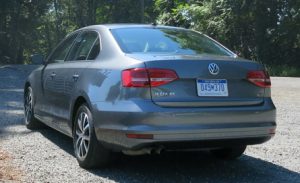 “Were” italicized with reason.

The Cruze and other Uncle-approved diesels are not simple. They all have DEF tanks and DEF injection. You should know about this before you rush off to the dealership. DEF is Diesel Exhaust Fluid – which is urea, which is (basically) “number 1” sprayed into the exhaust stream to modify the resultant exhaust product to a more Uncle-approved perfume. 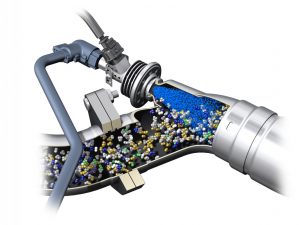 The DEF must be topped off periodically – or the car’s all-controlling computer will shut the works down, Barter Town-style, if you fail to do so. Figure about $20 or so every three months, give or take. It’s not a huge sum, but it’s not free – and it is a hassle.

Even if you do faithfully keep the DEF tank topped off, the injection system (and the rest of the exhaust system) is even more complicated than a gas-engined car’s, with its multiple catalytic converters and oxygen (O2) sensors. 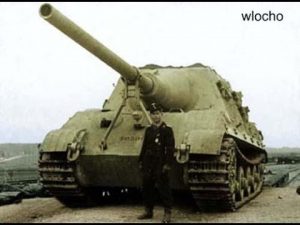 It is an axiom of engineering that simpler is better  – if the object is to avoid downtime for repairs.

And the expense of repairs.

Simpler is arguably why the Russians beat the Germans in World War II; the Russians’ equipment was less prone to not-working at a critical moment than the Germans’ often-technically brilliant but also breakdown prone stuff, such as the King Tiger and Jagdtiger tank destroyer.

The same goes for the fuel delivery system of modern diesels – which is no longer a simple mechanical system but instead a very elaborate electronic one, not unlike the direct injection systems used in gas engines.

And then there’s the fuel.

It used to be less refined and so – cost less.

Today, it is refined more in order to be Ultra Low Sulfur and so costs more.

Forget using homebrew – biodiesel or anything  that cost less. It’ll gum up the plumbing as well as void the warranty.

So what’s the reason for all the positive press about the ’18 Cruze diesel?

Can anyone explain why it would make economic sense to buy one? What is the “ROI” – the Return on Investment that GM is constantly mantra’ing about? 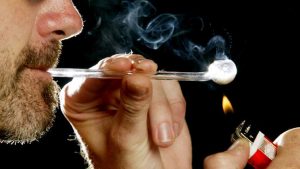 Gas engines have not only almost caught up with diesels on the mileage front (40 MPG on the highway now being fairly common) they are also catching up to the torque numbers produced by diesel engines, because of the widespread use of turbochargers.

Would you pay almost $8k more for 12 MPG better on the highway and maybe 8 MPG better overall? Not counting the higher per-gallon cost of diesel vs. gas? Plus the hassle of the DEF tank?