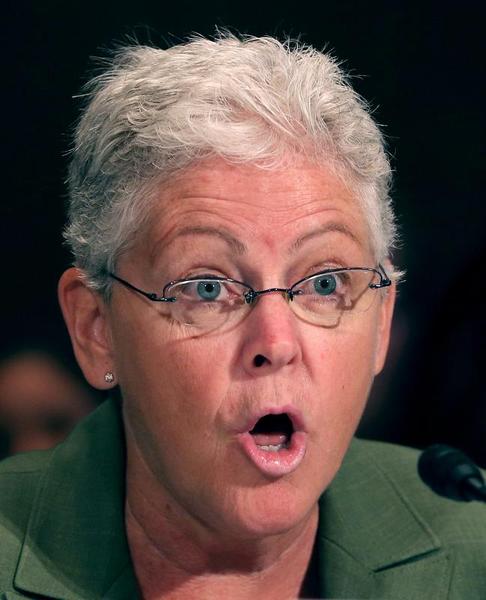 On Jan. 13, Obama’s lame duck EPA Administrator Gina McCarthy finalized a determination that new emissions rules that style carbon dioxide a “pollutant” subject to regulation should be finalized through 2025, a bid to maintain a key part of Obama’s “climate change” legacy.

The EPA had until April 2018 to decide whether the 2025 standards were feasible but in November moved up its decision to Jan. 13, just before Obama left office.

Mitch Bainwol, CEO of the Alliance of Automobile Manufacturers, said in a letter to Pruitt the decision was “the product of egregious procedural and substantive defects” and is “riddled with indefensible assumptions, inadequate analysis and a failure to engage with contrary evidence.”

Automakers have argued that the rules could result in the loss of up to 1 million jobs because consumers will be deterred from buying ever-more-expensive, Uncle-compliant cars.

EPA spokeswoman Julia Valentine said the agency is reviewing the letter and declined to comment further. Pruitt told a Senate panel earlier he will review the Obama administration’s decision.

Automakers say the rules impose significant costs and are out of step with consumer preferences.

Termagant McCarthy could not immediately be reached Tuesday but said in her determination in January the rules are “feasible, practical and appropriate” and in “the best interests of the auto industry.”