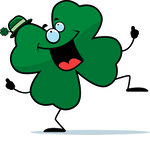 California plans to move ahead with tougher car pollution rules for 2022-2025, which President Barack Obama hastily approved before Trump took office. California regulators are expected to finalize the rules at a March 23-24 meeting.

EPA Administrator Scott Pruitt, a climate change skeptic, said his agency will review the federal rules and is widely expected to loosen them.

Meanwhile industry group Auto Alliance has sued the EPA to overturn its rules, which automakers says are expensive and could cost Americans jobs. California’s attorney general has asked the court to let the state defend the Obama regulations.

“We are not backing down,” said Hector De La Torre, a member of the California Air Resources Board, which sets policy that more than a dozen other states follow in full or part. Reuters spoke to a majority of board members, who all voiced support for the original plan worked out by the federal government, carmakers and California during Obama’s presidency.

“We intend to stick by the commitments that we made. If for some reason the federal government and the industry decide to abandon those agreements that we all reached, we will have to re-examine our options,” she said in an interview. “If the issue is are they going to relax the standards, then we would vehemently oppose that.”

Federal law prohibits states from setting their own vehicle emissions rules, except for California, which can seek waivers to federal policy under the Clean Air Act.

California has a waiver for the plan through 2025, although its targets are the same as federal ones and it does not require separate compliance from automakers.

If the EPA relaxes its own rules, that could change. California may hold automakers to the original targets by beginning to enforce its rules independently. It is not clear whether that technical decision would require an additional waiver from the Trump administration.

Another Clover, Natural Resources Defense Council vehicle analyst Simon Mui argued it would not. “California doesn’t need a permission slip to stick with the standards it has on the books,” he said.

Automakers desperately want to continue with a national policy to avoid making different cars for different states. Oil refineries already face challenges in California because they say the state has the strictest environmental rules in the U.S., requiring special blends of gasoline to reduce pollution.

In a battle with California, the federal government could try to change the Clean Air Act to end regulation of carbon dioxide as a pollutant, or it could try to revoke California’s permission to enforce the current car pollution program.

Both approaches could be difficult, and a Trump administration official speaking on condition of anonymity, said the president was not seeking to revoke California’s authority at this time, but would not rule out such a move in the future.