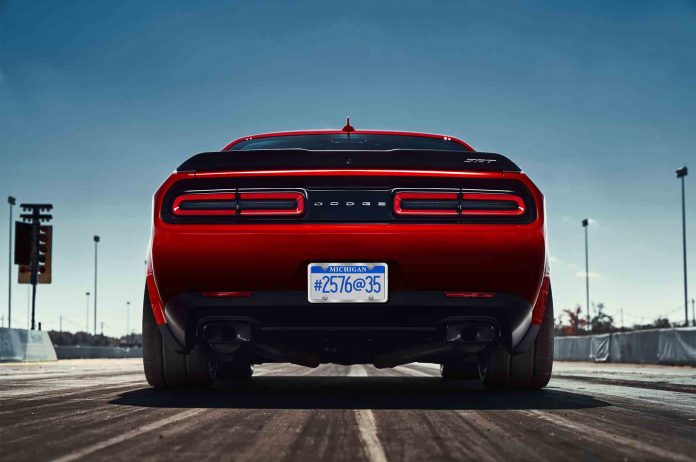 Pity the starving man who gets to smell fresh bread – but never gets to taste it.

Dodge wafted some fresh-baked smells our way the other day. The Challenger SRT Demon was revealed to the press at the New York Auto Show.

840 hp. A pair of dragster skinny tires in the trunk.

Just the one seat – unless you order another for the passenger.

A yuuuuge carbon footprint. It makes the sound that makes the entire Persian Gulf stand up and cheer. Al Gore frowns. 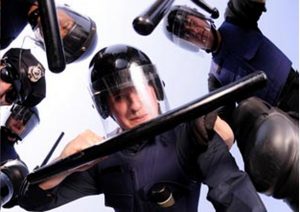 There is a weird incongruity between what is legal to sell – for the moment –  and what you can legally use. Like our starving man who smells fresh bread baking, you are still allowed to buy a car like this.

But use it at your peril.

And what sort of car are we talking about?

It is a car with twice the power of a new Corvette – which has twice the power of a typical V6 family car like a Toyota Camry. And the Camry can get to 60 MPH in about six seconds and has a top speed around 140 MPH – better performance than most classic ’60-era V8 muscle cars. The Corvette is considerably quicker – and much faster. Under four seconds to 60 and about 180 on top.

Now imagine twice the power of the Corvette. 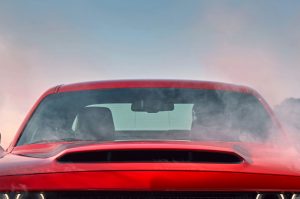 There is nothing short of a Nextel Cup stock car or a Bugatti Veyron that can match its moves.

But what if you make those moves? 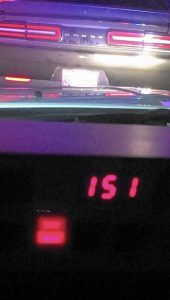 I wrote the other day about the fate of a guy named Christopher Garza, who dared to use the power of his Challenger Hellcat. Which, pre-Demon, was the most powerful car you could buy short of a Bugatti Veyron and not quite as strong as a Nextel Cup stocker. Still, with 707 hp under its hood, 150-plus MPH is as effortless for the Hellcat as it is for Lance Armstrong to out-pedal Stephen Hawking up a hill.

Garza made the mistake of using his Hellcat – and did get SWATTED.

Cars are more gloriously priapic than they have ever been. Best keep it in your pants, though. Much as the strain hurts. The incongruity is bad; the frustration much worse.

People used to make fun of bodybuilders for flexing muscles they never used for anything . . . except flexing. Well, how now brown cow? You will be caged in most states for driving much over 80 MPH.

I have a feeling we’re still allowed to buy cars like the Demon – and for that matter, V6 Camrys – because it’s a way, one of the few remaining, for people to feel empowered without actually having any real power. 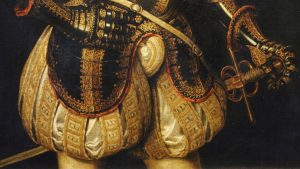 Notice, as a parallel, the way trucks have become monstrous in size, all bulgy and codpiece-like. You need a ladder to get at the bed – and these are thoughtfully built into the tailgates of several of them.

They are frequently driven by guys with carefully coiffed scruffy facial hair (another harmless-to-the-state way to puff masculinity without any threat of male disobedience) to and from their cub farm jobs, where they very carefully toe all lines and make no waves and sit politely through Gender Awareness seminars and piss in a cup every six months, to assure their fief overlord that they aren’t partaking of illegal dope.

But at the end of the day, they climb into their jake-braked 4×4 codpiece and – briefly – feel like men.

So, also, the Demon.

We’re allowed to get the government’s permission to put plates on it. To turn the key, blip the throttle menacingly at MILFs in minivans. We may put on mirrored glasses and are permitted to pose in traffic.

But it’s all for show – and not much go.

Brine on the Roads?