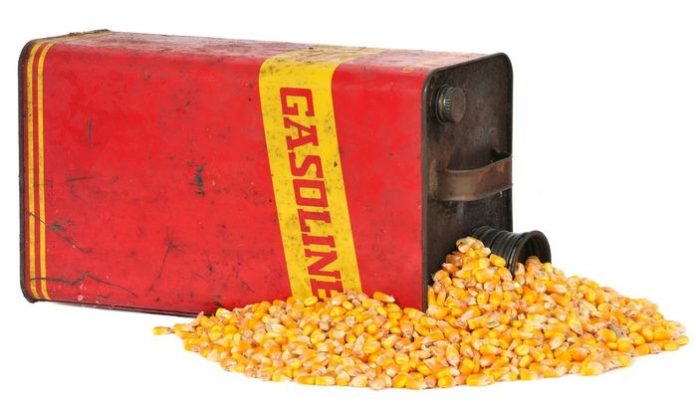 The real stuff – the petroleum-based stuff – is mixed with bio-diesel, which is derived (like ethanol) from non-petroleum sources, usually vegetable matter.

The market isn’t demanding this – but the government is. 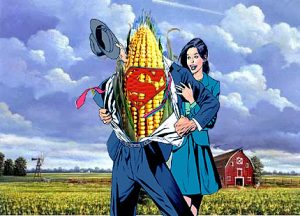 There is a law called the Renewable Fuel Standard. It  requires the “blending” of oceans of corn con ethanol and biodiesel boondoggle into the general fuel supply – ostensibly, to reduce America’s dependence on foreign (and non-renewable) oil.

Like so much that government does, it sounds good – but what it actually does isn’t so good.

The RFS has raised refining and distribution costs as well as the cost to motorists, who not only pay more for the Uncle-adulterated fuel but also for the fuel systems in their vehicles, which have had to be modified to be compatible with the not-quite-gas (and sort-of diesel) fuels the government is pushing.

As is almost reflexively true of everything the government mandates, we get less – and pay more for it.

But that doesn’t mean someone’s not making a buck – as is also usually true when government intervenes in the market. 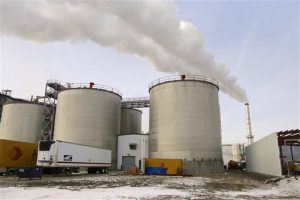 In addition to the Usual Suspects – the ethanol lobby, for instance – there is a another group of crony capitalists making hay off the RFS mandate. These are the large refiners and chain gas stations, who can leverage – in the lingo of the federal bureaucracy – Renewable Volume Obligation (RVO) credits to gain an unfair competitive advantage over smaller refiners and independent gas stations.

To understand how this works requires a bit of semantic deconstruction.

The RFS mandate requires a certain volume of “renewable” fuel be produced each year and injected into the general fuel supply. But it does not require that every refiner or fuel wholesaler/distributor actually produce a given volume of it themselves.

They may purchase tradable credits instead – and use these to satisfy the RVO.

It works very much like the “carbon credit” con – which that obliges car companies who want to be allowed to sell conventional cars in states like California to either invest huge sums designing and building electric cars that they can’t sell  . . . or buy credits from a company that builds only electric cars – like, for instance, Tesla. These credits are considered, for regulatory enforcement purposes, the equivalent of actually having manufactured the required number of electric cars. Tesla makes a fortune selling carbon credits to other car companies – which are basically forced to subsidize his business at the expense of their own.

The RVO works on the same model.

Each refiner/wholesaler is assigned a production quota for renewable fuels  very much like the one used to extort car companies into either building electric cars – or buying credits from a company that does build them.

A refiner/wholesaler can achieve compliance by meeting its RVO “in house” – by making or mixing its own renewable brew – or by purchasing credit for what they didn’t actually produce (or introduce into the fuel supply) from a refiner/wholesaler who did.

In both cases, it’s effectively legalized extortion, another government-mandated racket.

The larger refiners/wholesalers – who have economies of scale in their favor – have been using the RVO as way to strong-arm their smaller rivals. They are able to manipulate the price of the renewable fuels, underselling their smaller rivals, who cannot afford to sustain the losses – or compelling them (via the RVO) to buy credits from them at inflated prices.

Consumers, meanwhile, pay more for the adulterated/renewable fuel – which takes them less far per gallon as an additional kick in the keister. 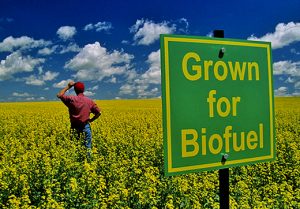 It is important to keep in mind that all of this is artificial – not the supply and demand forces of a free market, working to the advantage of everyone. It is a colossal rent-seeking rip-off that uses legislated “demand” to distort the market for the profit of crony capitalists – whether they are of the Elon Musk variety or the Renewable Fuels variety.

It’s so lousy with price-fixing and outright fraud that even the former head of the EPA’s Criminal Investigation Division, Doug Parker, has called for a major overhaul of the entire architecture of the RFS mandate. Now in the private sector, Parker wrote a white paper last fall (here) detailing the systemic problems.

When a high EPA muckety-muck concedes there is a problem with a regulatory fatwa, it is a sure sign there’s a big problem.

There is nothing wrong with the idea of renewable or alternative fuels. That’s not what’s at issue here. The issue is using a good idea to camouflage and justify a rent-seeking rip-off, another crony capitalist con.

Are you a Clover?