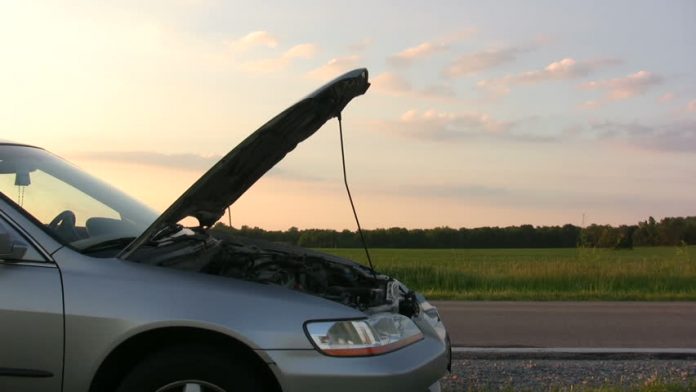 What good is a car that could last for 20 years without major work if the minor parts you need to keep it running become unavailable after as little as ten years?

This is a metastasizing problem you would know about if you hung out with mechanics, as I do. They are having more and more trouble finding service replacement parts for newish cars. Things like timing belts and axles, heater distribution pipes, electrical parts.

No particular make/model. It is an industry-wide issue.

Little things – but no small thing when you can’t find them. We are speaking of original equipment manufacturer (OEM) service replacement parts. Meaning, a part exactly like the one that came on the car originally, made in the same factory and to the same specifications. My mechanic amigos are discovering that – with increasing frequency – OEM replacement parts are no longer available. They have been discontinued.

This leaves used parts. Or low-quality Chinese knock-off parts that were made in a different factory and to very different (lower) standards.

As the prisoner at Auschwitz supposedly asked his guard – warum?

Modern cars could last a very long time but their designs are extremely short-lived. What car industry people refer to as the product cycle – which could more accurately be styled a car’s life cycle – is less than half what it was as recently as the ‘90s, when it was routine for a platform – the underlying chassis of a car – to last for a decade or even longer. 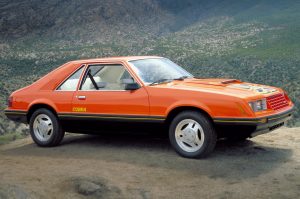 The Ford “Fox” body is a legendary example. It remained in continuous production – with minor tweaks – for more than 20 years. It served as the basis for the Mustang from the late 1970s all the way through the early 1990s. This accounts for the abundance of service replacement parts for Fox-bodied Mustangs – even to this day.

Yes, the car’s popularity is a factor. But the Fox platform wasn’t just used just to make M 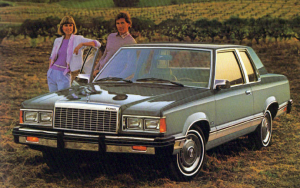 ustangs. It was used to make several other cars, too. And the Fox platform example isn’t – wasn’t – unusual. Car companies used to get a lot of mileage out of a given design. And because of this, so did you – the owner.

Because so many of that particular platform of car had been built – and were still in service – it made economic sense to keep on manufacturing service parts for a long time, even after the cars themselves were no longer being built.

And not just the platforms, either.

The engines, transmissions and peripherals also used to stick around for much longer. 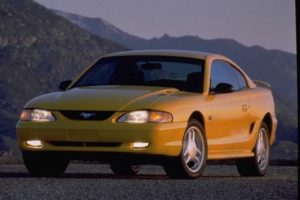 For example, Ford’s venerable – literally – 5.0 liter V8 engine (and the cross-town rival Chevy small block V8). It was in regular production for decades. The same basic engine that was available in a 1965 Mustang GT was also available in an early 1990s Mustang GT. One had a carburetor and wasn’t electronically controlled while the other was fuel injected and computer controlled – but they were nonetheless fraternal twins.

It is easy to get almost any service part for either of them.

But new car designs – everything, from the bodywork (including things like headlight assemblies and trim) to the drivelines and all the incidental parts that go with – routinely get tossed and clean-sheeted after as little as four years now.

The car companies stop supporting these platforms soon thereafter. Instead of continuing to manufacture a car platform for decades – or at least, a decade – the molds and tooling get tossed as soon as the platform gets tossed. Maybe the tooling gets low-bidder off to a manufacturer in China, who resumes producing the parts. But usually, to a lesser quality standard, the result of looser production standards or lower quality (cheap) raw materials. Or, the parts are just knock-offs. Close to the look of the original part – and it fits, kinda sorta. But the tolerances are rough and the quality is often crap.

Running changes within these shortened product life cycles make matters worse. A small – but functionally critical change to a car’s drivetrain immediately obsoletes the prior design. If that design was only in production for, say, six months – and only a few thousand of that particular design left the factory in a new car – there is little incentive to continue supporting that design for very long. Whatever spare parts happen to be in the bins are all there is. Once they run out, you are out of luck.

Depending on the part, this can obsolete the entire car – even though the car itself is otherwise mechanically sound and could go on providing reliable service for many years to come. Not many people will willingly drive around in a car with a non-operational air conditioner which can’t be economically repaired because a trivial – but functionally critical – component is no longer available and the only option is a used and likely failure-prone part or a failure prone cheap knock-off part.

Sometimes, you can “rig” a fix, but that’s generally not appealing, either. For example, there is a complex steel tube pipe with several fittings/nipples that carries hot coolant to the fuel injection system on a certain make/model import pick-up made from the late 1990s through the early 2000s. It is critical for the proper operation of the fuel injection system. The tubing tends to rust out. The manufacturer no longer makes the part. Your options are a likely half-rusted-out used part or rig something. Professional mechanics don’t like “rigging” things and generally, neither do their customers.

These trucks long out-live that part. But without that part . . .  and there are other such parts.

It’s Kafkaesque – but that doesn’t mean it isn’t by design.

And even if it’s not, the result is the same: Your vehicle becomes that peculiarly modern thing – the perfectly sound throw-away.

Our Ford – for those who know the reference – is certainly smiling.