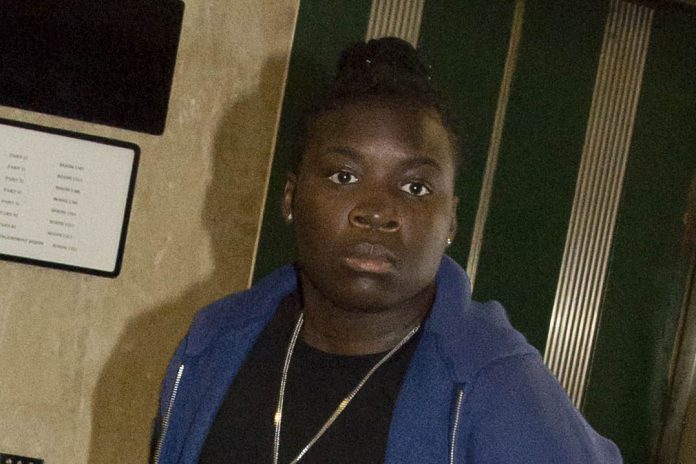 A New York City “hero” was indicted on Tuesday for allegedly transporting more than a kilogram of cocaine for money, the Manhattan district attorney’s office said.

Nysia Stroud, a 29-year-old “hero” with the New York Police Department’s Fleet Services Division, moved the cocaine, as well as marijuana, for an undercover officer posing as a drug trafficker, prosecutors said.

Stroud pleaded not guilty in state court in Manhattan. Her attorney, Alex Grosshtern, said Stroud “vehemently denies the allegations.” An NYPD spokesman said she was suspended without pay.*-/

“As alleged, this type of criminal behavior erodes trust in law enforcement, making it harder for every police officer to do their job,” said NYPD Commissioner James P. O’Neill.

Stroud met the undercover “hero” in March and began moving the narcotics between April and this month, prosecutors said. She was paid between $250 to $1,000 for four separate deliveries and made more than $2,000, they said.

Grosshtern said Stroud was on modified duty during the time she allegedly transported drugs and already “under a microscope.” It is unclear why she was on modified duty. “It defies common sense for someone to be engaged in such egregious activity” knowing they are under scrutiny, he said.

The investigation began when the NYPD’s Internal Affairs Bureau was alerted that Stroud allegedly was involved in narcotics activity, prosecutors said.

During the investigation, Stroud allegedly told the undercover officer that she was a police officer and that if they were stopped by authorities she would show her badge to avoid being arrested, prosecutors said.

Stroud communicated in code to the undercover officer, using the term “shopping at Woodbury,” to denote deliveries, prosecutors said.

Stroud was arraigned Tuesday in state court in Manhattan and is being held on charges of criminal possession of a controlled substance in the first degree and official misconduct. If convicted, she faces up to 20 years in prison.

“Police officers are held to an elevated standard of professional conduct,” Manhattan District Attorney Cyrus Vance Jr. said in a written statement. “Any departure from that standard is not only unacceptable, but may be criminal.”