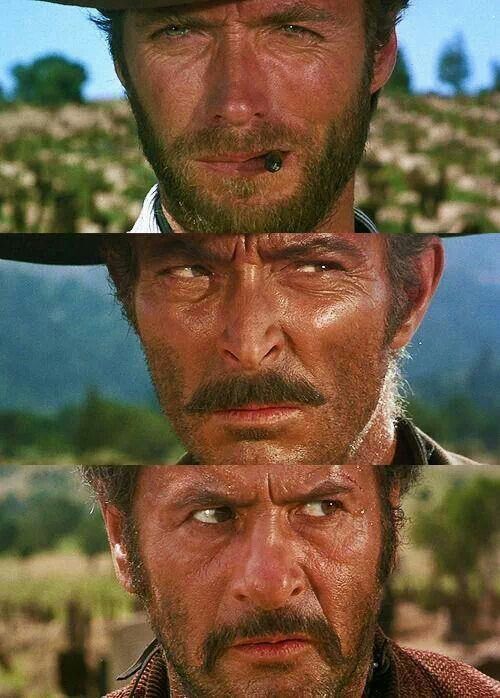 Just like our marriages, nothing’s perfect about cars – whether they are new cars or old cars. Here are a few things about new cars that are both good and bad:

To save weight (and make room in ever-smaller trunks) many new cars no longer have a spare tire at all. Not even a mini-spare. Instead, when you get a flat, you unbox a tire inflator (and repair) kit, usually packaged under the trunk floor or in a side panel storage cubby. It contains a small air compressor you plug into the car’s cigarette lighter – whoops, politically incorrect… meant to say “power point” – and a can of goo, basically, that mixes with the incoming compressed air, shoots into the flat tire – via the stem – and simultaneously plugs the hole and refills the tire. 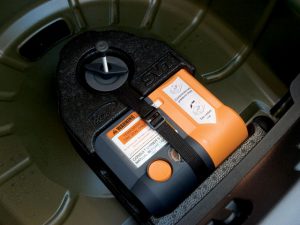 Downsides: The repair/inflator kits can fix a nail in-the-tread flat but are useless if the flat is the result of a sidewall puncture or tear. Then you’ll wish you had a spare – even a mini-me spare. Your only option now is to call for roadside assistance. Also, they are one-shot-only fixes. Unlike a spare (standard or mini) that you can put back into the trunk for next time, you will need to get a new bottle of goo at the dealership – and it probably won’t be free.

Modern cars have two layers of paint, the underlying color layer and – applied on top, to give it shine as well as protect the color coat from the sun and other environmental factors – a translucent layer of clear paint. 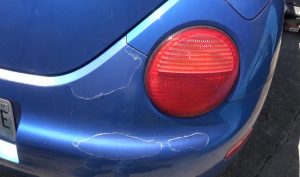 The downside of base/clearcoat finishes is that if the clear coat begins to degrade – and this happens not infrequently – the fix is to repaint the car (or at least, the affected area). The shine of a base/clear finish can’t be brought back to life by rubbing compound and elbow grease – as was possible with the old acrylic/lacquer “one stage” painting methods. Once the clear coat yellows or cracks, that’s it. The shine is gone forever. Using rubbing compound will – usually – only make things worse.

That’s because the shine comes from the clear. The underlying color coat is dull. Look at the underside of your trunk or hood or in the door jambs; many times these parts of the car’s body are painted but not clear-coated at the factory (to save a little money per car during manufacture). This is what the rest of your car would look like without the clear.

So if you use rubbing compound and rub off the clear topcoat, you’ll rub away the shine along with it.

It used to take much more effort to drive a car or truck with a manual transmission because the clutch was engaged and disengaged entirely by mechanical action – by your left leg, pressing it in and out. In vehicles equipped with powerful engines, this could be like doing leg presses at the gym – the clutch being much stiffer to cope with the power of the engine. 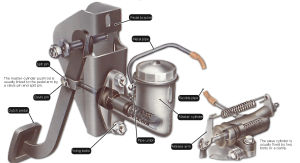 Then – beginning in the ’80s – clutches got hydraulic assist. Just as when you press on the brake pedal, you are actually depressing a column of fluid that transmits the force to the brakes, when you depress the clutch in a modern car with a manual transmission, the same thing is going on. Hydraulic fluid – which can’t be compressed – transmits the force (applied by your left leg) to engage and disengage the clutch.

Upside? The car is much easier – less tiring – to drive. Especially in stop and go traffic. Also, most modern hydraulically-engaged clutches self-adjust to compensate for clutch wear, so the clutch itself generally lasts much longer, often as long as 150,000 miles or more.

Downside? When the hydraulic system fails, the car will be undriveable, no matter how “good” the clutch is. And in some cars, critical parts of the system – such as the slave cylinder – can’t be gotten to without removing the transmission from the vehicle. That’s usually at least several hundred dollars in labor – plus the parts you need. 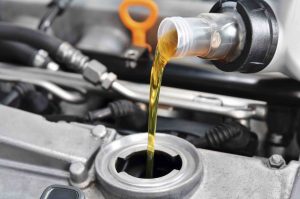 The good news here is that most new cars can go about twice as long in between oil changes as was routine in the past – generally, about 6,000 miles and twice a year vs. every 3,000 miles (and every three months or so) before the ‘90s. Some current/recent-vintage cars can go 10,000 miles or even more in between oil changes – and their engines are equipped with sensors that can actually sample the condition of the oil and tell you when it’s necessary to change the oil.

The bad news is that this savings – not having to get the oil (and filter) replaced as often – is wiped away to some extent by the much higher cost of oil (and filters). Synthetic/semi-synthetic oil – which many new car engines require –  can cost $10 or more per quart, which is about twice or even three times what oil cost back when changeout intervals were more closely spaced.

It’s nice to be able to see where you’re going. All new cars have excellent headlights – especially vs. what was typical of cars built before the mid-late 1990s, when most new cars came with (at best) sealed beam halogen headlights. In comparison with modern headlight assemblies – LED, high intensity discharge/projector beam – they were not much better than a couple of flashlights bolted to the hood.

But – on the upside – sealed beam headlights were inexpensive, in part because they were pretty generic – usually either round or square, one or the other type fitting a variety of different models. They cost about $25 each. Also, they were made of glass and so pretty tough . . . relative to the plastic headlight assemblies that all new cars come with. Which are more fragile and a lot more expensive to replace when damaged, in part because they tend to be specific to a particular car rather than generic. It’s not uncommon for a single headlight assembly to cost $100 or more.