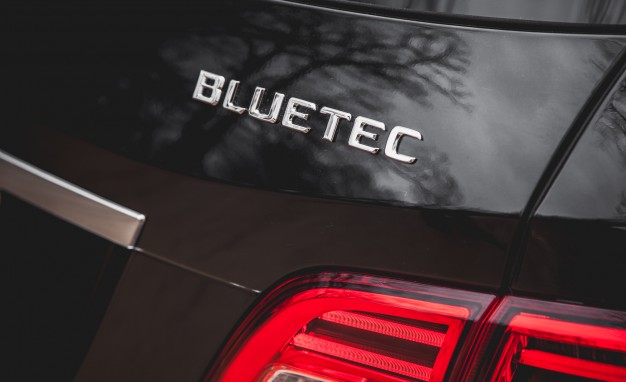 Cancer is never cured – it merely goes into remission. You think it’s over and then . . .

Mercedes-Benz, now. It has become the target of a criminal inquisition in Germany. Polizei in Stuttgart raided company offices there and seized materials which they plan to use as evidence that Benz engineers diddled with BlueTec diesel engines to make them – a la VW – temporarily compliant with government emissions tests.

The German Javerts accuse the company of that and false advertising, too – on account of having claimed that its line of  BlueTec diesels were “clean.”

Which, of course, they are.

But that is not the same thing as compliant. 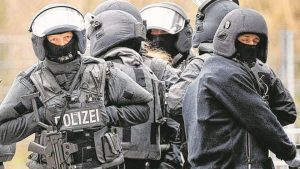 An analogy might be helpful to understand what’s really at issue here: The law says the speed limit is 65 MPH. If a cop catches you driving 70, he will pull you over and hand you a ticket. The court will convict and fine you for the offense of “speeding.” You will be compelled to hand over money.

But no harm has been caused to anyone. A statute has been transgressed. Nothing more.

And nothing more need be proved.

Most people understand that speed limits are both arbitrary and almost always under-posted. That is to to say, they are set so low as to be absurd. Almost everyone drives at least a little bit faster than almost every speed limit. A law that is ignored by almost everyone can safely be characterized as absurd for exactly that reason.

This is why very few of us feel moral guilt when we are pulled over and issued a ticket for “speeding.” We understand that it’s a kind of cost-of-doing business and the cops and courts are just as cynically minded as we are.

It’s all about the money.

Well, the diesel scandal is all about the control. About – as Humpty Dumpty so eloquently put it to Alice – which is to be master, that’s all.

Just as doing 70 in a 65 is a moral irrelevance but a statutory offense, so also the “cheating” VW admitted to and which Benz (and FiatChrysler) have been accused of. Except it’s more like doing 65.1 MPH in a posted 65 MPH zone – and then being fined $5,000 for getting caught.

The government decrees that – two model years from now – tailpipe emissions of “x” must be reduced by 50 percent of one percent. The two-years-hence car must emit almost immeasurably less of the exhaust byproduct at issue than a current-year car in order to ascend from the current “tier” and “bin” to the next-highest one. All of these “tiers” and “bins” as arbitrary and under-posted as most speed limits. 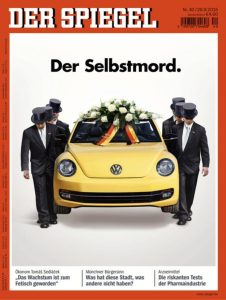 The differences between one “tier” and “bin” and the next-highest are not measured in whole numbers but fractions of them.

This is because whole number reductions are effectively no longer possible – upwards of 97 percent of the exhaust stream of every current and recent-vintage car having already having been scrubbed of harmful combustion byproducts and the remainder being extremely hard to get at or reduce further without just turning the engine off (hence the odd embrace of plug-in hybrid and electric cars – not by buyers but by the government, which is pushing them with the avidity of a crack dealer in a Baltimore back alley).

Compliance must be achieved no matter what it costs, no matter how it affects the resultant car’s mileage or performance – and regardless of any need for it.

Because of the government’s need to assert control.

It is striking that everyone seems to accept that it’s ok to criminally prosecute a company like VW (and now, Benz) because it adjusted its engines to “cheat” government emissions tests – but that said “cheating” involved the equivalent of driving 65.1 MPH in a posted 65 MPH zone. 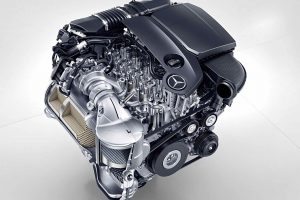 We are dealing with almost unmeasurable distinctions between this “tier” and “bin” and the next up “tier” and “bin.” Fractional, minuscule differences that are probably meaningless as far as air quality and public health but which come at prohibitive cost to the public. Which is denied affordable, high-efficiency (and extremely clean) diesel-powered vehicles, which are superior as cars and economically superior to all hybrids and electric cars  . . .  on account of an arbitrary government test regime that long ago became more about compliance than clean air.

It bears repeating – because no one else seems willing to say so – least of all the j’ accuse car companies.

Probably because the executives at these countries are hag-ridden by political correctness and would sooner do a blackface routine than question in even the mildest manner the environmental shibboleths now ruining their industry. They are also acting out of calculation as much as caution. A CEO of a major car company is at the apex of his career – and he will not be CEO for more than a few years, probably. His job is to maximize quarterly profits – for the company and for himself. 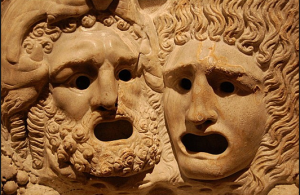 What happens to the company – and his successor – five years from now is of not much concern to him.

A critical element of tragedy is avoidability. It did not have to happen this way.

If only one car company would find the courage to stand up rather than roll over, things could be different.

But that would take courage – and there’s the rub, as always.