Raoul writes: I’ve been reading your stuff for so many years that I can’t even remember how I found your website in the first place . . .

As a libertarian-minded old fucker, I appreciate your contribution to sanity.

Yes, this damnable fucking virus can kill you in a particularly vile way and is quite easily transmissable just by breathing and can make you dead by drowning in your own fluids. However, much like the regular seasonal flu, it depends on the strain of it you get with regards to its lethality.

This whole thing is being hyped as a social control mechanism by freaks who have nothing better to do than be your much-reviled “clovers” in the here-and-now to the detriment of all. As I said in a previous email, I’m fortunate to live in a quiet corner of this country and we seem to be taking the Face Diaper shit with a shrug, a wink and a nod (as we are geographically distant from all the horseshit Da Gov spews) and our regional health department is keeping track of things quite well. Even after the two universities here opened back up with comprehensive testing for incoming students, our county case count only jumped from 50-some to 80-some!

One note, we have been very poorly served by the Wizened Orange Horror currently squatting on 1600, this whole thing could have been addressed in a science-based and logical manner and we wouldn’t be in the place we are today if it had been approached in that way and the economy might well be in better shape than it is. We’ve been conned by people who don’t have any concern about screwing Da Little People as long as they can steal more for themselves.

My reply: I wonder – a lot – about the transmissibility of this “virus.” In air quotes to emphasize my doubts about it. I use myself as an example and while I get that this is anecdotal, it’s no less true for being so. I’ve never put on a Face Diaper nor “practiced” anti-social distancing, either. I have been out and about since the beginning of this, interacting with people – as many as possible – shaking hands (those who aren’t afraid to) and breathing in their proximity – including at the coffee shop (Sweet Donkey, in Roanoke) that excommunicated me about a month ago for refusing to Diaper, notwithstanding that it had never previously enforced Diapering for all those prior months. I’ve been going to my gym, Undiapered, for going on the three months now – among dozens and dozens of Undiapered. 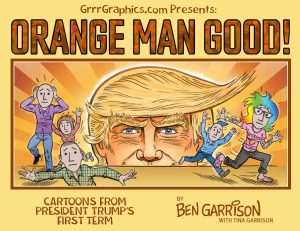 I have not even had the sniffles. So much for the virulent transmissibility of the “virus.”

As regards “the cases!” . . . so what? It means nothing unless a “case” also has symptoms; serious symptoms (in terms of evaluating the risk of people dying from this). The fact is most people who test positive – which is how they define a “case” – never have symptoms and almost none die who aren’t old and sick fuckers or just sick.

The Sickness Psychotics demand that society be transformed into a sickness ward on the basis of that. Which makes as much moral sense as closing every swimming pool in the country or only opening them if everyone – including those who can swim – wears a life preserver before being allowed in the pool. 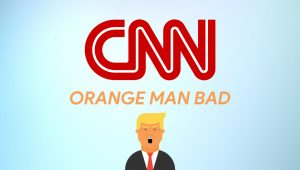 Yes, certainly, precautions should be taken within hospitals and nursing homes. Those who are at risk have an obligation to take measures to protect themselves. But they do not have the right to impose obligations on others.

The ululations and gas-lighting going on are not qualitatively different from the shrieks of people “concerned” about “speeders” and seatbelt refuseniks. Only much more pathological and widespread.

In re the Orange One: Yes, I know. He could have called a press conference and explained the facts and dissipated the fear. Except he is up against a media that is determined to portray him as a spray-tanned Satan. Which he may well prove to be. But what is to be done? It is either him . . . or him.

Whatever his faults, I’ll side with the Orange Man given the Situation. Which is dire. The Orange Man mostly shows his face, which is a vast improvement of the stalking horse for her, who usually does not.

I may, of course, come to regret this. We shall see.