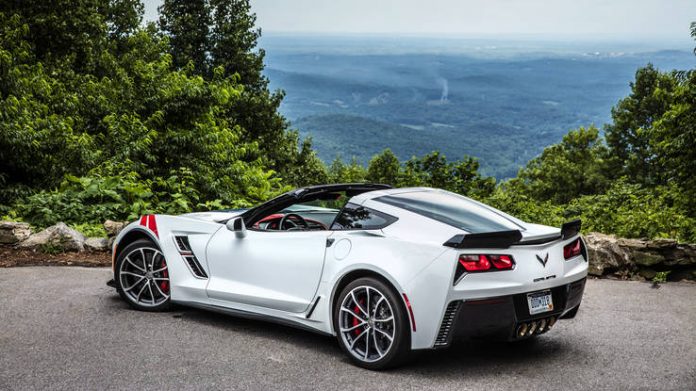 One reads that the current Corvette is the best Corvette ever, but is it?

It is certainly the best-performing Corvette ever. That can’t be debated. The numbers tell the tale. It accelerates more quickly, has the highest top speed and can lap a track at a pace no previous Corvette could match.

But do the numbers make it the best Corvette ever? 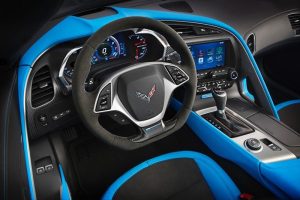 The Corvette is America’s exotic sports car. The unique (now that the Viper is kaput) American alternative to Porsches, Ferraris and so on. It is exotic because of its performance – as good or better than a Porsche’s or a Ferrari’s –  and also because of its price.

Though not yet six figures, it is getting there.

When Corvette was America’s sports car, it was still within the grasp of a guy who could afford a V8 Camaro. A regular guy, in other words. 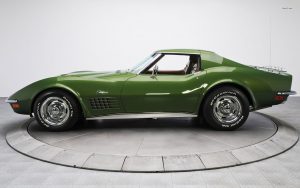 But if it makes you feel better, a new Corvette is still less expensive than a new Ferrari or 911 Porsche. 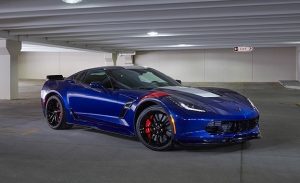 Chevy has brought back the Gran Sport trim – which includes the handling/braking enhancements you’d get with the Z06 – along with the Z06’s butched-up bodywork – but without the Z06’s supercharger and price tag.

Faster than most motorcycles but your passenger doesn’t have to cling to you like a baby Rhesus monkey – and you’ve got AC, too.

Exotic car performance out of a pretty simple V8 powerplant. No four valve heads. Just one camshaft. No turbos.

It’s still a deal compared with a performance-competitive Porsche – or any Ferrari.

A base 2017 Corvette costs not far from twice as much (adjusted for inflation) as a 1970 Corvette.

An SS Camaro has the same basic engine, is nearly as quick – and can be made just as quick as the Z06 Corvette by bolting on the supercharger you just bought  . . . with the $40k you just saved. 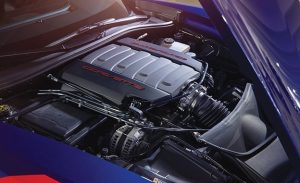 There can be no argument about the current Corvette’s engine being the strongest standard engine ever put into a Corvette. Nor any doubt that the performance it delivers is the most extreme ever offered by a standard-issue Corvette.

The 6.2 liter V8 makes 455 hp (460, with the optional sport exhaust) and 465 ft.-lbs. of torque. It works through a standard seven-speed manual (steep overdrive gearing in 6th and 7th, making 25 MPG on the highway possible) or an optional eight-speed automatic. Either way, America’s exotic sports car is capable of an explosive 4 second-to-60 run, a 12 second quarter mile and 170-plus on the top end. 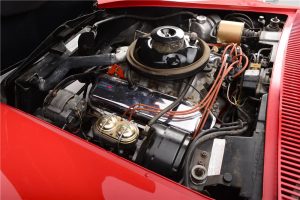 One of the all-time prior high-water-mark Corvettes – as far as power/performance – was the 1968-’69 L-88 Corvette. Today, it is one of the most collectible Corvettes you can buy. Provided your buying power is such that you can afford a quarter-million-dollar car. Anyhow, the L-88 (which was an extremely low-volume, special-order deal and not a standard-issue Corvette) had a 427 cubic inch (old school way of measuring engine size; about 7.1 liters in modern liter-speak) V8 with a choppy solid lifter cam that made it almost impossible to drive on the street and forget air conditioning or an automatic transmission.

You couldn’t even order a radio. 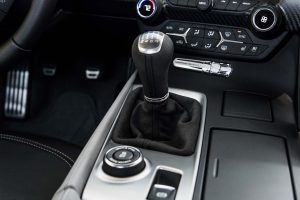 That’s 25 less than the current Corvette offers – from its standard and deceptively docile 6.2 liter engine, which is as stop-and-go traffic friendly as a Camry’s V6.

With AC – and a very good stereo.

Fully warranted, no sketchy “for off road use only” liability exemptions.

And Chevy is building as many as demand will support.

Back in ’68 (and all the way through 1969, when production ended) the L-88 was an almost occult option known only to insiders who were mostly professional racers. Only  216 of these animals were made, all told, over that two year run. Chevy builds that many 460 hp Stingrays in a month, nowadays. 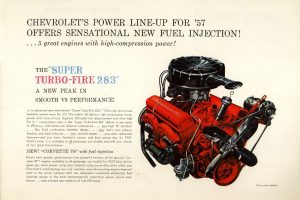 Perhaps even more amazing is that all that power is the result of engine architecture that is, in broad brush strokes,  pretty much the same as it was back in ’68.

That was the year Chevy unveiled its then-new (and then-exotic) “small bock” V8 engine. It was compact, lightweight – and high-powered. The first mass-produced V8 to achieve the much-coveted honor of producing one horsepower for every cubic inch of displacement (283 hp out of 283 cubic inches, in ’57).

It had a single camshaft, pushrods actuating the valves – of which there were only 16 (one intake and one exhaust for each cylinder). 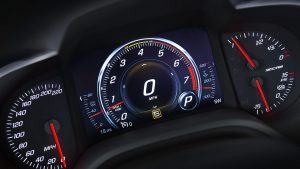 It needs no turbo – let alone two of them. Just one camshaft – and the same (basically) cylinder head layout, with two valves per and those valves actuated by pushrods. It is the only exotic car powerplant laid out so simply – and yet, so potently.

How did Chevy engineers get such big numbers out of such a simple engine? Airflow is always the way. The current ‘Vette’s cylinder heads huff so much air it’s surprising there is any atmosphere left to breath within a radius of 20 yards of the car.

And you can double that down, if you like (and can afford it). 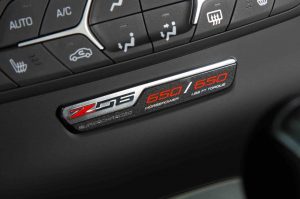 Select the Z06 and the power jumps to 650 hp and 650 ft.-lbs. of torque via the force-feeding of even more air through the 6.2’s Lincoln Tunnel-like ports. The supercharger nestled between the banks of the V8 howls – and pokes through the hood – and gets you to 60 in the mid threes.

It makes the L-88 look like a Prius, almost. 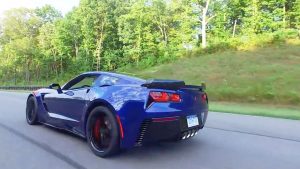 It feels more than slightly ridiculous to drive a car like this at anything less than twice whatever the posted speed limit is – because anything less is like being pumped up with two or three Viagras and a couple of Red Bulls … and then staying home to watch Game of Thrones (by yourself).

This problem is magnified by the rest of the Corvette.

Its tires, for instance. You have traction. Huge, staggered-size (18 and 19 inch front/rear) wheels wrapped with ultra-sticky “summer” tires. Even more aggressive 20-inchers are available (standard with the Z51 and Z06)

The L-88 had 15×7 steel wheels and 60-series bias-plys. Which made it almost impossible to get traction. It was easy to chirp the tires.

You have to really mean it to chirp the new ‘Vette’s  tires. And that means pushing it. Not so much the car. 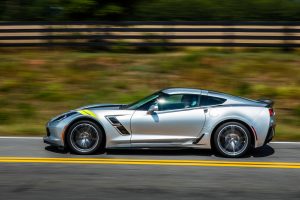 Do not be deceived by the Camry-esque docility. A stab of the throttle will make it very clear that you are not behind the wheel of a Camry. The view may be sideways.

And now, you are operating well outside the boundaries of the law.

Arguably, there can be such a thing as too much.

Here you have a car that is very hard to make much use of without running the risk of severe consequences, legally and otherwise. One of the things about older Corvettes with much less power and much lower limits was that you could max them out without maxing yourself out.

There is also this: 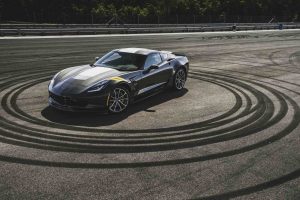 To drive a Corvette is to wave the red flag in front of the bull. Other drivers (Camry drivers, unhappy with their lot) see you in their rearviews and close ranks, block you in. Every kid in a winged WRX or fart-canned Civic wants to race; they blip their throttles, baiting you.

Hard it is, to resist.

What else did you buy this car for, after all?

So – as with any exotic car – it is an exercise in temptation and frustration to drive this car. Perhaps even more so because it is so deceptively docile. An L-88 Corvette self-regulated. Only a deliberate fool would try to drive one in stop-and-go-traffic. And it took a bigger fool to not respect what it could do when provoked. It was an expert’s car.

Everyone else was – rightly – terrified of the thing.

The 2017 Corvette is a car with capabilities even more extreme yet it is not initially intimidating, which encourages a lack of respect for what it can do when provoked. There are ugly YouTube videos of the results of this.

The now-deceased Viper (deceased because the ‘Vette cleaned its clock at the track) was much more of a handful; a car that instilled respect for your limitations very much in the manner that the big-engined bruisers of the ’60s (like the L-88) did. You could not get it with an automatic and while you could drive it in traffic, it was never easy to do so.

The Corvette’s blessing – and its danger – is that it is. 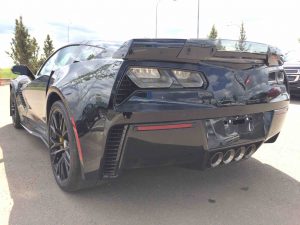 Well, first of all, there is such a thing as redemption.

Did you know that current Corvette’s look is the result of the same mind that gave the world the Aztek? The mind in question belongs to Tom Peters (no relation) who is an Executive Director of Exterior Design at GM.

The planes and angles are similar – just not ugly and awkward this time. Think Dennis Quaid  . . . and Randy Quaid.

But does it look too much like a Ferrari or some other Euro-exotic – and not enough like a Corvette? 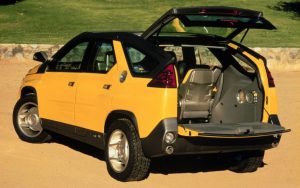 There is a rumor that the next Corvette will be mid-engined, which would complete the car’s transition from America’s sports car to America’s exotic sports car. 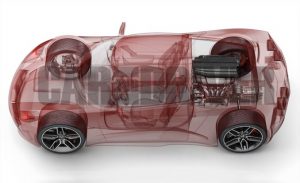 It is probably inevitable – and perhaps, necessary.

If Chevy is going to compete with the exotics, the Corvette has to offer more than just exotic car performance – for the same reason that adding, say, climate control AC and leather seats to a Malibu isn’t enough to make it a Cadillac.

The car has to have exotic looks – and this one certainly does.

But it’s sad – to me – that it looks less and less like a Corvette with each new generation. 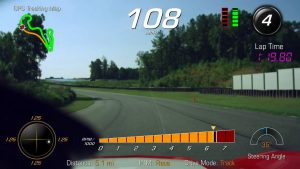 In keeping with the exotic car theme, you can order a new Corvette with the tech features you’d certainly expect to find in an exotic car – such as a performance data recorder that is kind of like a super GoPro, with telemetry, too. There are cameras built into the car to record your exotic car driving, including g forces registered, braking, lap times and so on. Just don’t post to YouTube – unless you do it via an anonymous cutout and your license plates aren’t showing.

The coupe has a removable roof section (available in translucent clear or carbon fiber) and – huge surprise – a trunk area that’s as roomy as a mid-sized family sedan’s. Convertibles have less space (10 cubes vs. 15) but it’s still better-than-decent for an exotic sports car. 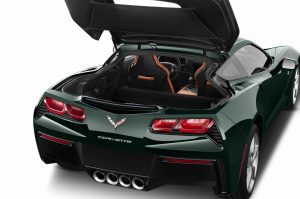 The Safety Cult is chewing the carpet about now.

It’s without doubt the most formidable Corvette yet. It is also an almost-exotic Corvette – including its price tag.

I’ll leave it up to you to decide whether that makes it the best Corvette yet.