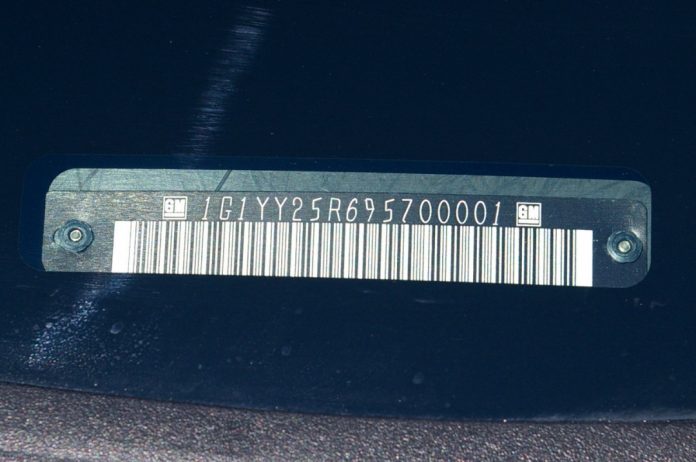 If you’ve gone to get new tires recently, you may have already dealt with the latest outcropping of technocratic busybodyism: The scanning of your car’s electronic ear tag, its Vehicle Identification Number or VIN.

The VIN is a bar code – literally – just like the one on the packages of stuff you buy at the supermarket or anywhere else that’s corporate. The VIN specifically identifies your car – including every last detail about it, such as the engine/transmission it came with, the color it was painted and the tires it came equipped with from the factory.

And now it is being used to identify you. 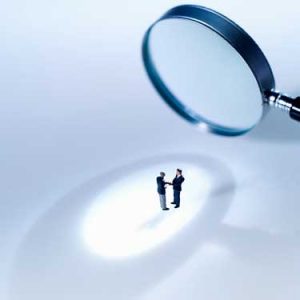 This time, not by Uncle.

To track you, control you – and even dun you.

Then he will tell you which tires you’re allowed to buy.

If your car originally came equipped with tires that carried a V speed rating – the “V” indicating rated for sustained travel at speeds up to 149 MPH – but you’ve decided you’d like to buy less aggressive (and less expensive) tires with an H rating – the “H” indicating rated safe for sustained travel at sustained speeds up to 130 MPH – the Tire Nazi will not allow it.

Or perhaps you’d like to go up a size – or down – for whatever reason of your own. After all, it is your car – and you’re buying the tires.

In neither case is any of this necessarily “unsafe” – although that will be the claim.

In the case of speed ratings, they are based on sustained speeds.  It is an important distinction. Thus, a V rated tire can safely handle sustained speeds up to 149 MPH. But it is not dangerous to briefly exceed 149 MPH. The tire isn’t going to shred – unless you operate at sustained speeds in excess of the rated maximum.

Question: How often do you travel at the sustained speeds for which your tire is rated? How about in excess of the rated speed?

In the United States, the fastest allowable highway speed is 85 MPH – in a few rural parts of Texas. In most of the rest of the country, 70-75 is the maximum allowed and while driving faster is common, driving appreciably faster than 90 more than briefly isn’t. 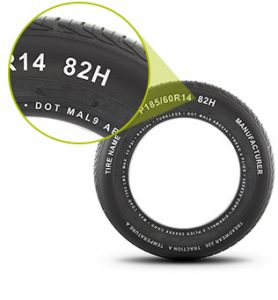 In the United States, high-speed tires with ratings of “H” (130 MPH, sustained) or higher are functional overkill unless you actually do drive at sustained speeds at or near their rated maximums. If not, then you can save money by purchasing less aggressive tires – which also usually last longer and ride a bit softer – without compromising the safety of your vehicle.

Except for the VIN Thing.

The tire guy knows and will screech saaaaaaaaaaaaaafety but in actuality it’s about selling you the more expensive tires. He’ll also fall back on the Liability Excuse; if he sells you an H rated tire but your car came with V rated tires and you drive at sustained speeds in excess of the H rated tire’s capabilities but at speeds your car is theoretically capable of reaching and you wreck – well, you might sue.

Which you might – if you’re that sort of person. But first the tire would actually have to fail and for that to happen, you’d have to operate at sustained speeds in excess of the rated capacity to deal with them.

Good luck with that – even assuming you had the desire to try. 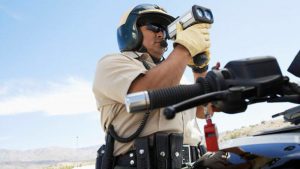 If there is a place in the USSA that isn’t a race track where one can operate at sustained speeds in excess of even 100 MPH (let alone 130) I would love to know where.

But it’s not just about tires and up-selling you expensive ones. The VIN ties into the government database at the DMV and via this conduit, the tire shop now has access to the information about your car – and so, about you – that the DMV has.  They know the miles you drive each year, when you last got the car inspected for “safety” and smog checked. They know where you live and – probably – what other cars you own, too.

They may even be aware of your ticket rap sheet as well.

They certainly know the car’s maintenance history – assuming you had work done somewhere that has a computer and that information was entered into the computer. All the better to track – and up-sell – you.

Eventually – inevitably – this will morph into something else. You will be required to have a certain service performed – because the computer says so. And it’s not “safe” to wait.

Especially once cars are linked to external computer monitor mommies. Teslas already are. These cars receive “updates” via the link. In fact, Tesla – the company – controls your car.

One of the excuses tendered for all of this monitoring and busybodyism is that modern cars are complex and integrated wholes. This is perfectly true. When a shop orders a part, it needs to know exactly which part. It has to be precisely specific to the car being worked on. If not, something might not work properly. 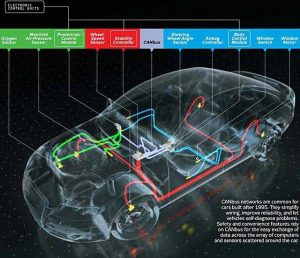 It is not as it was in the past, when parts were more generic and mostly what mattered was whether a given part would physically bolt up. If it did, it would usually work. Now it must also be compatible with the computer and the coding unique to your particular car’s combination of components, options and equipment. There are also numerous running changes made during a car model’s life cycle and keeping track of these is almost impossible.

The VIN is thus like a DNA sample – it contains detailed data about . . . everything.

Which isn’t the problem.

The problem is who controls access to that information. If it’s no longer you – if you are compelled to provide it to others – if they can access without you even being aware – then is the car really yours?

In a way, these VIN “draws” are not unlike the blood draws now being performed against people’s will by armed government workers.

The difference – if it amounts to much – is that for now, it is still your right to refuse and take your business elsewhere. But where elsewhere?

When they’re all doing the same thing?

Corporations can be – and are becoming – just as creepily coercive as Uncle, having learned at his knee. Viz: Banks that not only demand you show them your ID but insist you hand it over to so that the clerk can write down numbers and other such, before they will allow you to withdraw money from your account. Drug stores that require you to submit to a degrading interrogation process that presumes you’re a meth dealer before they will permit you to purchase cough syrup.

And now, tire tyranny too.