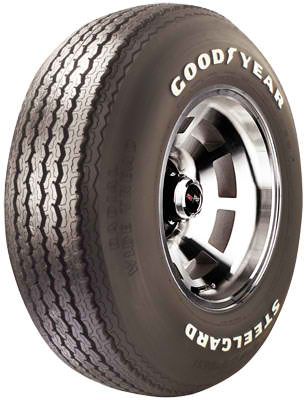 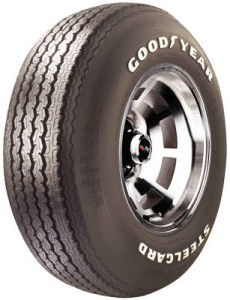 Not for the stock wheels, that is.

I own a ’76 Trans-Am. Like most cars of its era (mid-late ’60s through the early ’80s), it came from the factory with 15×7 wheels. And therein lies the rub. It’s been decades since a 15×7 wheel was considered a performance wheel. Most modern performance cars have at least 16×8 wheels – and that’s getting small, by the latest standards (the ’14 Camaro Z28 comes factory equipped with 19-inch wheels).

Most modern performance tires are not sold in sizes that will fit a 15×7 wheel – and haven’t been, for years. 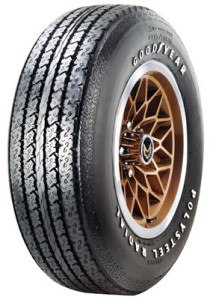 You can get reproductions of the original “back in the day” tires – including, for instance, the Goodyear Polysteel Radials that my car had when it left the Norwood, Ohio assembly line back in the early spring of 1976. But while “correct” reproduction tires are what you want for a serious restoration, they’re not much better (and may even be not as good as) a modern all-season radial like the BF Goodrich Radial T/A, as far as lateral grip, traction and high-speed capability.

The Radial T/A is a common sight on older muscle cars  because it’s one of the very few new tires you can get in several sizes that will fit a 15×7 wheel and which is sold in larger-than-stock sizes such as 245/60-15, which is what I have on the TA in lieu of the factory 225/70-15s. 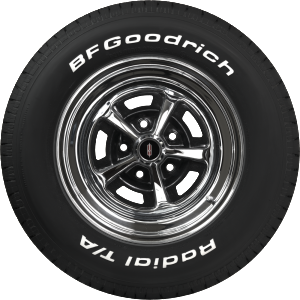 It’s one of the reasons why cars from that era were so loosey-goosey in the tail. The wider footprint of a larger tire like the 245/60 helps a lot. In the curves, too. But there’s only so much you can do with a tire like the Radial T/A, which looks sporty because of its raised white lettering – but which is basically just an ordinary passenger car radial. It is not rated for high-speed use and its compound/tread aren’t especially aggressive. 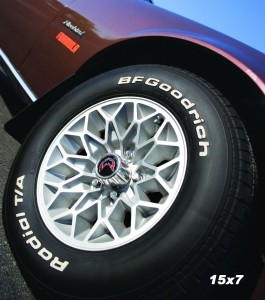 Of course, you could always replace your classic muscle car’s factory 15×7 wheels with a set of larger wheels in order to take advantage of the handling/braking/traction advantages of modern performance tires – but doing so is not an option for people like me who want to retain the original look and stance of their classic cars. The younger crowd may not comprehend this desire – wheels being wheels these days. One chromed look-alike after the next. But back in the day, factory wheels were a major styling element that helped define a given car – not just its model but also its brand.

My car, for example, came through with what Pontiac called “Honeycomb” wheels. These were unique to Pontiacs of the period (’76 was actually the last year you could order them new from the factory). Similarly, the various division-specific Rally (I and II) wheels put on Chevys, Buicks and Oldsmobiles. There was an incredible variety – in every way but the size. 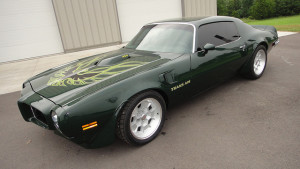 Now, Year One (among others) does offer a modernized (17×9) version of the Pontiac Honeycomb – as well as updated/larger versions of other classic-era muscle car wheels such as the Mopar Rallye wheel (see here for the list) but a lot of people – me included – don’t think they look right. Wheels this tall (as well as wide) and the short-sidewall tires that mount on them may also not work right – on a car with an otherwise stock suspension. (The Bandit Trans-Am that Year One built to show off the modern Honeycombs was heavily modified, including a 4-link rear suspension and adjustable coil-over shocks all around.) 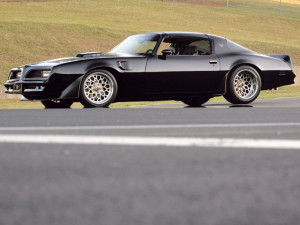 But, it’s not completely hopeless.

I was rummaging around the Internet the other day and discovered that Goodyear is re-issuing the famous Gatorback – and in at least one size that will fit a 15×7 wheel: 225/60VR-15. The Gatorback was standard equipment on early-mid-1980s rippers like the Mustang GT and, of course, the 1984 Corvette. It is a serious tire – with a 150 MPH (VR) speed rating.

Though it’s just the one size (for now), the 225/60VR-15 Gatorback is actually a larger tire than the factory 225/70-15 that my car came with originally. They’re not cheap, of course. The supplier I found (see here) prices them at $290 per tire, not including shipping. This is about twice the cost of a raised white letter Radial T/A, but it’s in line with the cost of other modern high-performance tires. Remember: Though sporty-looking, the Radial T/A is not a sport tire. It’s a standard all-season tire – and not high-speed rated. It’s fine for just knocking around on – and it’s just the ticket (being cheap) to shred doing 50-yard burnouts when the mood strikes. But for serious road work – especially high-speed road work – a VR-speed rated ultra-performance tire like the Gatorback is what you want. 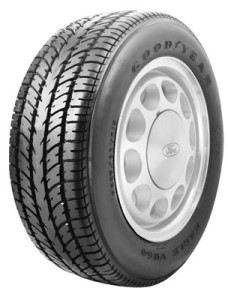 Unfortunately, for now at least, you can only get it in that one size – if you want it for a 15-inch rim.

It’s a start, though – and it’s definitely better than nothing (and better for performance driving than the good-looking but out-of-date Radial T/A).

Perhaps if enough people express interest, Goodyear – or BF Goodrich/Uniroyal or some other tire company – will decide to offer more in the way of serious rubber for those of us who are serious about keeping the stock rims on our rides.