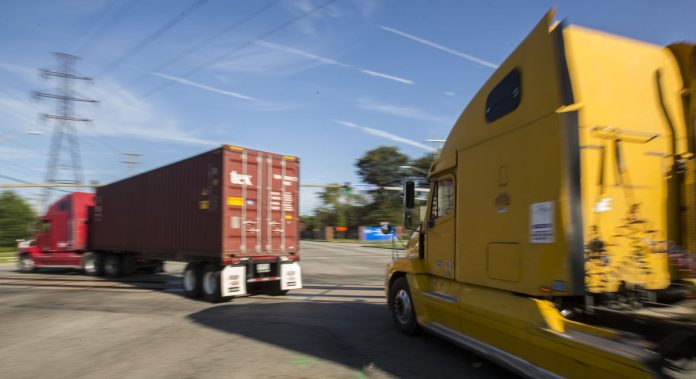 Being a trucker – especially an owner-operator – used to be a lot like being a cowboy was back in the 1800s.

On your own timetable, beholden to none – so long as the cows (or the cargo) got where they needed to be on time. Independent, free.

Which, naturally, is why both avocations had to be stomped. 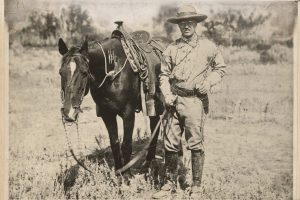 But at least they aren’t subject to 24-7 recording of their doings  – as truckers soon will be. It will be done via something called an Electronic Logging Device (ELD) which is basically a mobile, in-truck Panopticon – a rig for the rig that sees all and knows all – and narcs all, to the Appropriate Authorities.

It will tell drivers when to stop driving – even if they are just a couple of miles away from their destination. And they must stop. No matter how needless or inconvenient.

The ELDs, of course, will not be optional.

They will become mandatory for all new trucks about a month from now – on Dec. 18 – when a new federal fatwa goes into effect. 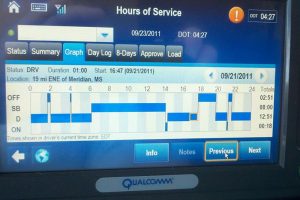 Unless, as the result of some some last-minute spasm of concern for our ever-diminishing liberties, someone puts a legislative stop to it.

One such someone is Republican Rep. Brian Babin of Texas, who wrote a bill (H.R. 3282) that would do just that but. Give him credit for trying. But like the effort to get rid of Obamacare – it’s more about talking points than actually doing something about it. Because most Republicans might as well be Democrats, or the reverse. The one party always seeks the same things – more power, more control.

The truckers, of course, will get to pay for the technology which will be used to treat them like home-release criminals – and those people at least get free ankle bracelets (well, “free” in the sense that they are paid for by taxpayers). 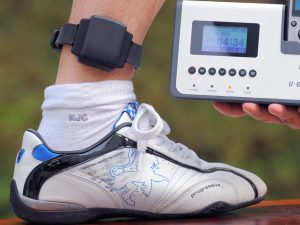 The ELD mandate – like so many similar mandates in the land of the formerly free – is based on the new American guiding ideas of presumptive guilt, collective dumbing down and collective punishment. It is premised on the archetype of the least-common denominator – and then applied to all, deserved or not.

The Feds have established an arbitrary limit of 11 hours of driving per day – in the same way that DUI laws arbitrarily decree that a person is “drunk” by legal definition if they are found to have a blood alcohol concentration of .08 (or even lower in many states) regardless of the faultlessness of the individual’s driving.

On the same principle, a trucker who is found to have been driving for longer than allowed will be crucified – fined, perhaps sent to the clink; probably defrocked of his commercial driver’s license, which renders him effectively unemployed and unemployable as a trucker – irrespective of his actual driving.

And with this Dark difference: The trucker – every trucker – will be ELD’d by law. His truck – every truck – will be fitted with an ELD. There will be no opting out. He will be presumed guilty of driving too much. 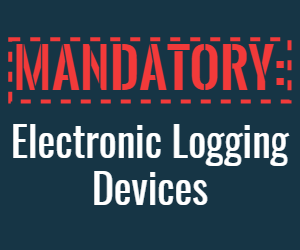 While some of you reading this may feel not much sympathy for the over-the-road trucker, may be “concerned” – that word always prefaces the gun – about truckers who drive too far, too long – and thus become a “safety” risk – in theory if not in fact  – consider this:

If the government can force truckers to submit to being “logged” – that is, recorded and monitored – every second they are in their rigs on the argument that “safety” demands it . . . well, how about the rest of us?

After all, there are many more of us – and numbers make up for gross vehicle weight. Aren’t cars, collectively, much more dangerous than big rigs, on a number-of-people-killed-annually basis?

Why then – on the same principle being applied to truckers – shouldn’t it be mandatory that our cars also be fitted with, among other things, alcohol detection sensors? The courts already mandate these for the cars of convicted “drunk” drivers – even those whose actual driving harmed no one. 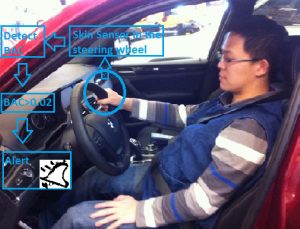 But why limit these to – as it were – known offenders?

Why not mandate them for every driver? Who – like the long-haul trucker – might do what The Law forbids?

Lives could be saved!

If you doubt this could happen, if you think it’s absurd – you might think again. In Safety Cult America, precedent always becomes practice. Once the principle is enshrined in law, the formerly unacceptable – the formerly unimaginable – not only becomes routine, it metastasizes.

There are countless examples, but the obvious and relevant one for purposes of this discussion is the legalization of patently illegal (if that gamy old piece of paper the Constitution were still the law of the land, but of course it’s not) random checkpoints back in the ‘80s. This was the beginning of The End – and the start of a new beginning, not pleasant. 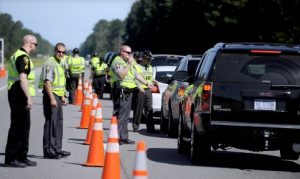 This metastasized to such a degree that we are all of us now treated as presumptively guilty of many things – not just drinking and driving. Terrorism, for instance. We are presumed terrorists – including small children and very old people – until our private parts have been palmed and our belongings rifled and a government goon in a blue suit decides we are not.

Precedent = practice. The normalization of tyranny.

So it will be with ELDs – and next, us. It is why we who are not truckers ought to stand with the truckers.

We have common cause with them.