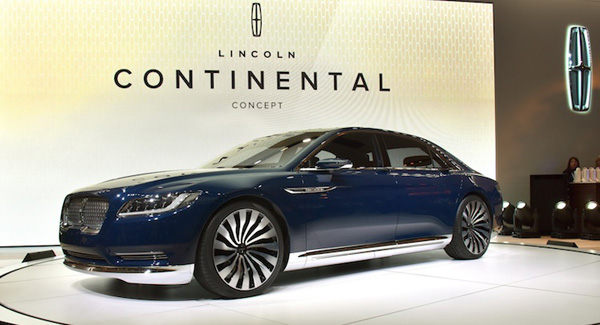 One of the wackier aspects of this is that insurance will be included. How that works – and how much it will cost – is anyone’s guess.

Executives said the pilot likely will start in a few cities in California, and marketing chief Robert Parker promised significantly lower prices than similar subscription services from rival brands that can cost thousands of dollars.

Lincoln is testing the subscription model to help lure more customers and stand out as Ford’s only luxury make after the automaker shed Jaguar, Land Rover and Volvo during the recession and sales downturn. The brand has struggled for relevancy in a crowded luxury field but has experienced a mini-renaissance in recent years, and is on pace for a fourth straight year of U.S. sales growth behind redesigned vehicles and the addition of unique customer experiences.

The fee for the Lincoln service will be all-inclusive, covering insurance, maintenance, roadside assistance and vehicle pickup and delivery. Customers can change vehicles every month, and the pricing will depend on the vehicle, although executives declined to discuss specifics.

“Long-term leases will obviously play a role in our overall portfolio, but in the spirit of effortlessness, there is a consumer out there who doesn’t really need a three-year lease,” Lincoln President Kumar Galhotra told reporters ahead of the auto show here. “We’re coming up with a different ownership model for them.”

An increasing number of automakers are offering vehicle subscription services. Cadillac this year launched a subscription pilot – called Book by Cadillac – and has expanded it to Los Angeles and Dallas. Porsche rolled out its own pilot in Atlanta, called Porsche Passport. A number of startups, auto lenders and dealers also are offering their own subscription models.