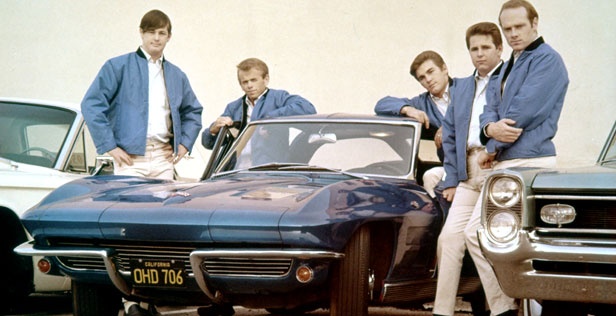 It’s ironic that the state which birthed and came to define the car culture – cruising on Friday nights, the Beach Boys, Ronnie and the Daytonas – has become the state most hostile toward them.

Under the terms of a fatwa crafted by Phil Ting – a member of the California General Assembly from San Francisco – the only new vehicles which will be legal for use on California roads beginning in 2040 will be “clean” vehicles.

Ting isn’t talking about the actually dirty byproducts of internal combustion – almost all of which have been sequestered and never leaves the tailpipe. That’s been true for decades. He is talking about carbon dioxide, which has become the commie-under-the-bed of our era.

C02 is a gas (and an inert gas) but hardly dirty. It doesn’t foul the air; it doesn’t make it harder to breath. It is a naturally occurring component of the atmosphere – and if it is “dirty” then so are oxygen and nitrogen. 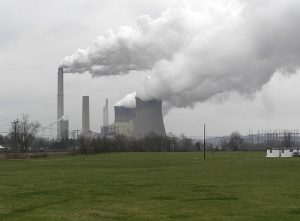 But C02 is the one impossible to sequester byproduct of internal combustion – which gives it value as the unanswerable trump card of those who need a pretext for banning the cars which they loathe.

One wonders whether Ting groks this – or is just another useful idiot.

But the utility plants which produce the electricity which makes them go certainly do. Unless powered by nukes (can’t have that) or unicorn farts or Zero Point energy out of the vacuum – neither of which are online yet or foreseeably.

So if the object of the exercise is to cork up sources of C02, won’t those dirty coal and oil-fired utility plants have to be corked, too? And if they are corked, where will millions of “clean” electric cars obtain the electricity they need to make them go?

Ting does not say. Maybe because he has not thought. 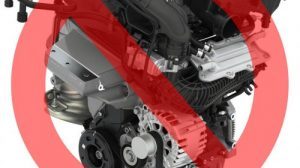 Assuming you buy into the shibboleths, particularly the one about carbon dioxide being “dirty” and the alleged – and allegedly catastrophic – effects on the planet resulting from fractional increases in atmospheric concentrations of C02.

Leave that aside for a moment.

2040 is much closer than it sounds because the car companies – like the Titanic – cannot turn on a dime. It takes years to design a new car and get it ready for the marketplace. And the parameters for new designs are based – these days – at least as much on regulatory fatwas as on market trends.

The marketplace hasn’t induced the car companies to “silent recall” most of their six cylinder (and larger) engines – you may have noticed this trend – and replace them with very small fours, very heavily boosted by turbochargers, to recover the power lost by the physical downsizing of the engines.

Nor has the marketplace demanded direct injected engines that turn themselves off automatically every time the car rolls to a stop.  Or automatic transmissions with nine and ten speeds that provide no benefit to the vehicle owner but plenty of liability – in the form of weird operating characteristics (all that up and down shifting) and premature economic obsolescence when they fail and the cost to replace them is disproportionate relative to the worth of the car.

Et cetera – and more to come.

These things have been put into production solely in anticipation of the 54.5 MPG fuel economy fatwa that is scheduled to go into effect beginning with the 2025 models. 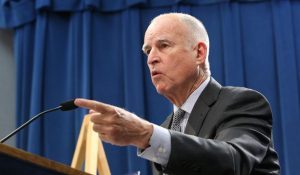 If California – the largest single market for cars in the United States – passes a law forbidding the sale of cars powered by internal combustion beginning in 2040, the entire industry will have to make plans on that basis as well.

And that will mean the abandonment of the internal combustion engine long before the actual ban goes into effect. No point investing in new engine (or transmission) technologies – which take years to develop, test and make ready for production – when you know ahead of time that all your efforts will simply be thrown away, including the millions (if not billions) spent on R&D, tooling and so on.

If the California General Assembly actually passes this bill and it is signed into law by Governor Moonbat – who has already expressed enthusiasm – it will mean that the current crop of new cars will be the last generation of new cars. 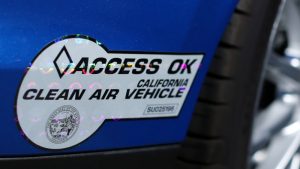 Of IC-powered new cars, at any rate.

There will be minor updates of the cars currently in production, to keep them as fresh as feasible – but it would be economic suicide for a car company to make any major investment in a technology that will no longer be legal to sell in the biggest market in the country just a few product cycles down the road from now. Particularly if other states follow California’s example, which several probably will.

So the car industry will transition to “clean” electrics – which aren’t.

Meanwhile, C02 will continue to be emitted – just not at the tailpipe. Unless Ting, et al also go after the smokestacks, which they no doubt will. Which – absent the unicorn farts or Zero Point energy pulled out of the vacuum – will mean the end of the EVs, too.

You are maybe beginning to see the picture.