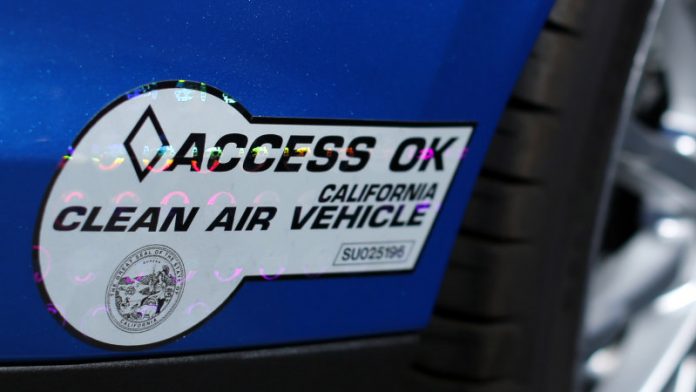 I expected it to happen, but not this quickly.

California officials are, apparently, “mulling” a ban on cars with internal combustion engines, according to an article in the industry trade publication, Automotive News. If they more than mull and pass a ban, CA would be the first American state to do so – following the example set by several European states, including most recently the UK.

Part of the reason it is happening so quickly is because of amen-corner support from American publications like Automotive News.

Perhaps they should reconsider changing the title of their rag. Because it isn’t “news” when you editorialize – and AN editorializes egregiously in its “news” coverage.

“The internal combustion engine’s days could be numbered in California, where officials are mulling whether a ban on sales of polluting autos is needed to achieve long-term targets for cleaner air.”

“Polluting”? The mind of the reader instantly conjures images of respiratory masks and blue smoke coughing out of tailpipes – which one sees coming out of the tailpipes of new cars as infrequently as one finds straight-up news sans editorializing in Automotive News.

My high school journalism teacher would have yanked my yearbook privileges had I written the sentence quoted above and tried to pass it off as “news” rather than something for the editorial page, which is where it belongs.

AN is more-than-tacitly agreeing with the “officials” who are “mulling” a ban on internal combustion engines by conceding the premise: IC cars are polluting fiends and must be dealt with. 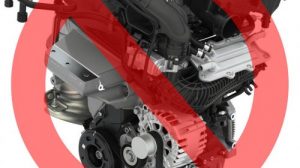 How else can the sentence quoted be interpreted?

The premise isn’t questioned. No context is given. The AN editorialist does not adduce an iota of evidence to support the smear. He – perhaps she? – merely deploys the smear, which the reader is expected to swallow whole without bothering to chew.

This is of course absolutely necessary to further the agenda of the “officials” who are “mulling” the ban on internal combustion engines – their leader being Governor Moonbat.

It cannot be questioned whether IC engines pollute – nor how much defined.

Most people who aren’t car people probably don’t know that the EPA itself awards the designation, Partial Zero Emissions Vehicle (PZEV) to internal combustion engines powering numerous currently-in-production cars. These are not electric cars or even hybrid cars. They are simply cars with internal combustion engines that emit so little in the way of harmful effluents that the regulatory Grand Inquisitor itself – the EPA – classifies them officially as Partial Zero Emissions Vehicles.

And the rest – the ones that don’t quite meet the PZEV bar – are photo-finish close. The difference is measurable in terms of perhaps 1 percent – usually a fraction of 1 percent – PZEV vs. the not-quite-PZEV.

There is no such beast as a new car that “pollutes” – if that word is understood to mean what it ought to mean. That is to say, what it once meant.

Once upon a time.

Fast forward to 1975 – the first year that catalytic converters came into widespread use. These chemically converted the byproducts of imperfect combustion within the car’s exhaust system – before they reached the exhaust tip and entered the surrounding environment. 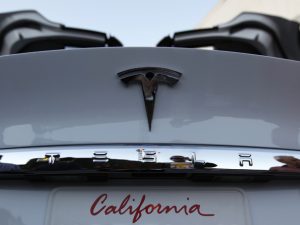 Cars polluted a great deal less. On the order of 50 percent less.

Consider this the lowest-hanging fruit.

Move forward again to the mid-1980s. Fuel delivery had become infinitely more precise via the replacement of the mechanical carburetor with computer-controlled fuel injection, which could (and did) maintain the optimum air-fuel ratio at all times, continuously self-adjusting.

Around this same time, catalytic converters got more sophisticated as well.

Pollution declined yet again – and once again, by double digit percentages. By the early 1990s, internal combustion engines produced on the order of 85-90 percent less in the way of harmful exhaust byproducts, via the double-pronged advances in controlling the combustion process and treating the exhaust after the fact.

We are now – and have been, for the past several years – at the point that any new car’s internal combustion engine is almost “zero emissions” in terms of the harmful things that formerly smogged the skies and formerly caused health problems in humans.

Current-year cars are 97-98 percent “clean” at the tailpipe – according to the EPA’s own standards.

This is not 100 percent “clean,” of course. But then neither is the electric car, notwithstanding its “zero emissions” regulatory honorific. It may not emit at the tailpipe. But emissions are certainly created during the manufacture of its hundreds of pounds of batteries and at the utility generating plants that produce the electricity upon which it depends for locomotion.

But the point here is that there is little meaningful difference between the “zero emissions” electric car and the Partial Zero Emissions internal combustion car – or, for the matter, the next-down-the-ladder IC-engined car. 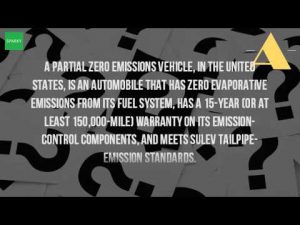 The battle has been won. All cars are extremely “clean.”

Some, however, are more politically correct than others.

AN does not delve into these distinctions. Instead, its writers parrot the politically correct line.

The car press used to know about cars – and generally liked them, too. The typical car scribe was, if not a gearhead, at least a tinkerer who understood mechanical things and appreciated them.

He drove – and liked driving.

The people in the car press today are a different species. They are people such as the egregiously editorializing author of the article we’ve just dissected – and the person who urged some months ago that the Dodge Demon be banned. They seem to hate cars and loathe driving – and those who do not loathe it.

Brock Yates is spinning in his grave.

And my teethe ache.

What’s in Your Toolbox?