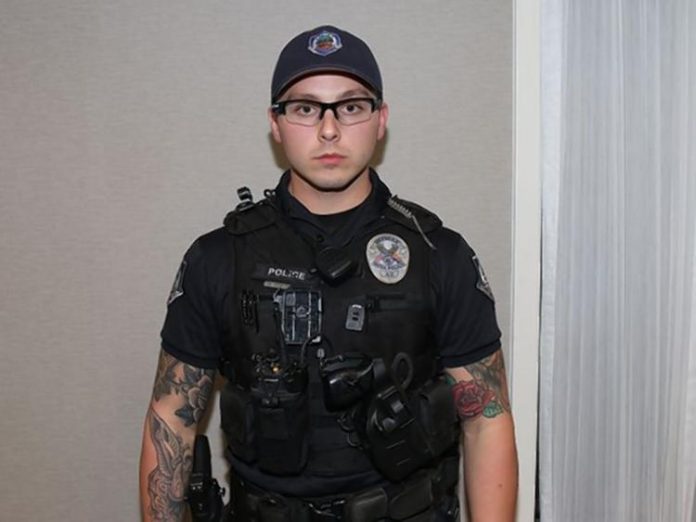 About a year ago, 26-year-old Daniel Shaver was staying at a La Quinta hotel in Mesa, Arizona while working his job in pest control. He would himself be exterminated by two-legged vermin – in the form of trigger-happy cop Philip “Mitch” Brailsford.

Shaver – a regular guy with no criminal record – was apparently showing a woman he’d met earlier a pellet gun in his hotel room. There were no gunshots. No one had been threatened by Shaver.

He was not yelling or acting violently.

An “anonymous call” led to a body-armored thug scrum descending upon the La Quinta Inn, including AR-15 wielding Brailsford.

Without making any effort to ascertain whether Shaver was actually armed – let alone dangerous – the “heroes” scream orders at the clearly terrified man and his female companion as they walk out of their room, unaware of the presence of “heroes” with actual guns – AR-15 assault rifles – waiting for them in the hallway.

Both can be seen on the video – released after Brailsford’s acquittal – cringing in terror and immediately complying with the Shutzstaffel-style orders being screamed at them. But when Shaver – who was lying prone on the floor with his legs crossed and trying to get up in his knees as ordered by the “hero” – inadvertently fumbles behind him, he is summarily executed by Brailsford – who pumped five shots into him at near point-blank range out of an abundance of caution and fear for his safety.

Keep in mind that Shaver was on the ground and had been obeying every barked order – was in fact as supine as a piece of water-logged pasta – and had been begging the “heroes” not to shoot. 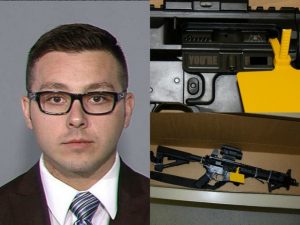 It was not enough to prevent his murder by Bailsford – whose AR-15 was inscribed with “You’re Fucked” on it  – and insufficient to convict this murderer of even a misdemeanor parking infraction.

“If you move, we are going to consider that a threat,” the “heroes” state, as they draw down on the prone and clearly helpless and terrified man.

That’s all it takes to get snuffed by a “hero” in America these days.

Not to be an actual threat – but to be “considered” one, in the judgment of a “hero” looking for an excuse to kill someone.

Shaver is in the ground – but Brailsford is free to go. He will probably “serving” as a “hero” again.

Perhaps in your town.