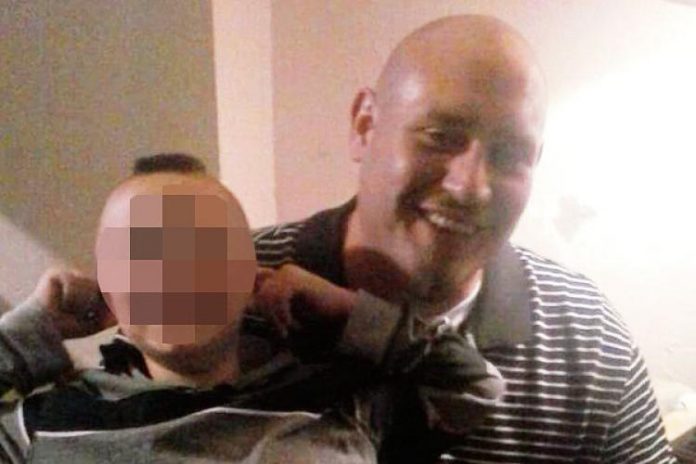 A prank call to “heroes” has resulted in an innocent man’s death at a home in Wichita, Kansas.

Andrew Finch, 28, was shot and killed Thursday after police responded to an anonymous call about a shooting involving hostages.

The caller claimed someone had an argument with their mother; that the woman’s husband was accidentally shot; and that a brother, a sister and the mother were being held hostage, according to head Wichita “hero” Troy Livingston

“We learned through that call that the father was deceased, shot in the head. So that’s the information we were working off of,” Livingston said. “Our officers came here preparing for a hostage situation. Several got in position. A male came to the front door, and one of our officers discharged his weapon.

Note that the anonymous caller’s assertions were taken as verbatim truth – “we learned through the call that the father was deceased ” a statement of fact that was anything but – and no effort was made to verify the actual truth.

Instead, the “heroes” effectively judged-and-juried and carried out sentence. The baffled – and entirely innocent of any crime deceased victim – probably never knew what hit him.

Which made Finch’s life forfeit. Which makes any of our lives forfeit.

This is the state of things in America, the “post-911 reality” – as the “heroes” and their apologists themselves describe it. That reality being ordinary people must live in abject terror of the government, accepting outright murder for the sake of can’t be-too-careful. 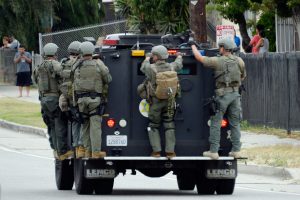 Livingston admitted Finch was not armed. But the most maddening thing is that Finch was in his own home, minding his own business.

He moves his hands ever so slightly.

And so is made dead.

“Three or four people from the home were taken to be interviewed,” according to news reports. No one was found dead at the home – other than Finch, of course.

Which it was, but not in the way Livingston means.

“The irresponsible actions of a prankster (italics added) put people’s lives at risk,” he said Friday. “The incident is a nightmare for everyone involved, including the family and our police department. Due to the actions of a prankster, we have an innocent victim. If the false police call had not been made, we would not have been there.”

What about the “irresponsible actions” of the “heroes”?

Who stormed an innocent man’s house and shot him dead in front of his family on the basis of a prank call – without even a cursory attempt at fact-checking the situation, something even hack reporters usually at least go through the motions of doing? And hack reporters can only murder the truth – while armed government workers – “heroes” – murder flesh and blood human beings.

And get away with it.

Will the “heroes” who murdered Finch be charged with any crime, even reckless endangerment? Of course not. The armed government worker who murdered Finch has been placed on paid administrative leave. Having murdered one taxpayer, he is now paid by other taxpayers to go home and watch TV while the “investigation” proceeds. It is extremely unlikely he or any of his fellow”heroes” will be charged with any crime.

If Finch’s family successfully sues over this extremely wrongful death, it will be the taxpayers who pay – not the “heroes” who did the death-dealing.

And who, accordingly, will continue to deal death while uluating that they “feared for their safety.”

The fact that a man can be shot to death over an anonymous call ought to outrage Americans. But most Americans have become inured to such atrocities by the “post-911 reality.” Official barbarism is now par for the course – the new routine. It reaches to the highest levels – the president of the United States speaks like a street corner thug, braggadociously. That having been normalized by the thug from Texas who preceded him and who, more than any other single individual, created “the post 911 reality.”

It now trickles down to every street corner in the country, like a raw sewage tsunami.

And it will stop only when people demand that it be stopped. When “heroes” who murder innocent people on the basis of anonymous calls are treated as murderers. When armed government workers who murder people while claiming they “feared for their safety” are no longer thought of as “heroes.”

Armed Government Worker With Down Syndrome