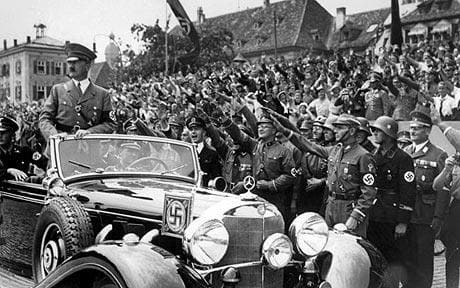 Der Fuhrer’s Mercedes is for sale!

The supercharged German 770 Grosser was used by Hitler during victory parades following the defeat of France and while entertaining his buddy, Benito “Il Duce” Mussolini.

Built with bulletproof glass and armor-plated side panels, Hitler personally ordered the car and took delivery in July 1939.

The US Army seized the vehicle in 1945 and it was passed between tobacco tycoons, casino magnates and historians before finding itself under the hammer with Worldwide Auctioneers – Vintage Motorcar Specialists – on January 17 in Arizona. 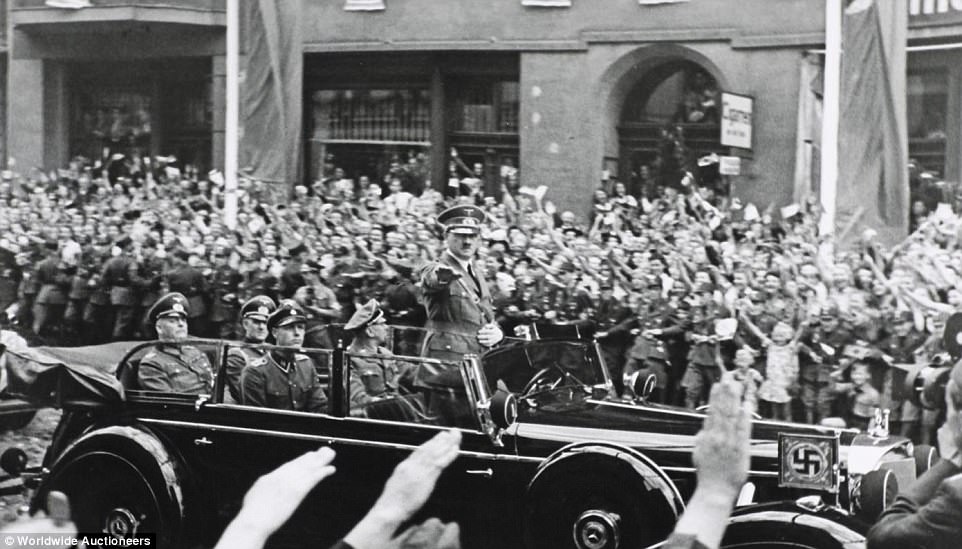 Here’s a picture of Hitler in the car in front of the Old Reich Chancellery with German and International media in attendance, plus representatives of the Nazi Propaganda Ministry’s Technical Services Department. 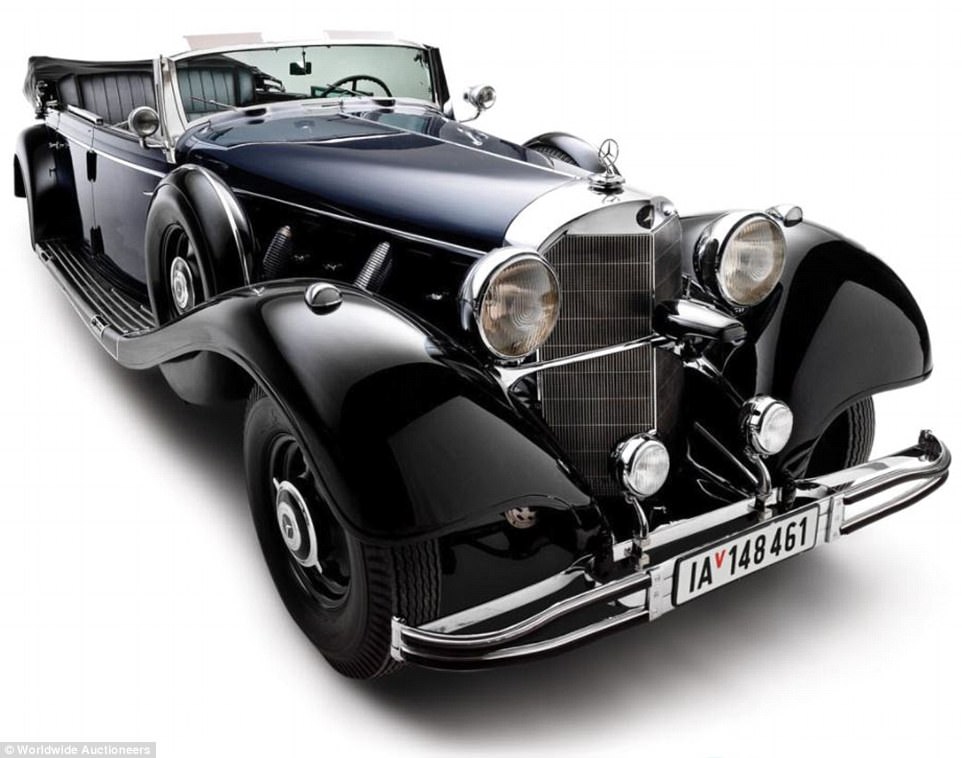 The 7.7 liter straight eight mit Kompressor makes 230 hp and is capable of hauling the car to a top speed around 106 MPH. 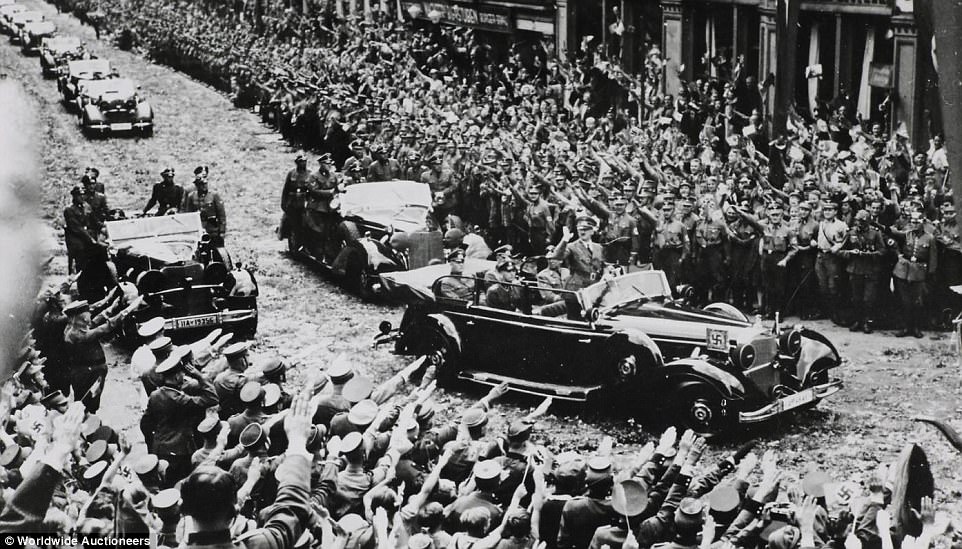 On July 6, 1940, the car carried Hitler on his victory parade held in Berlin following the stunning defeat of France. 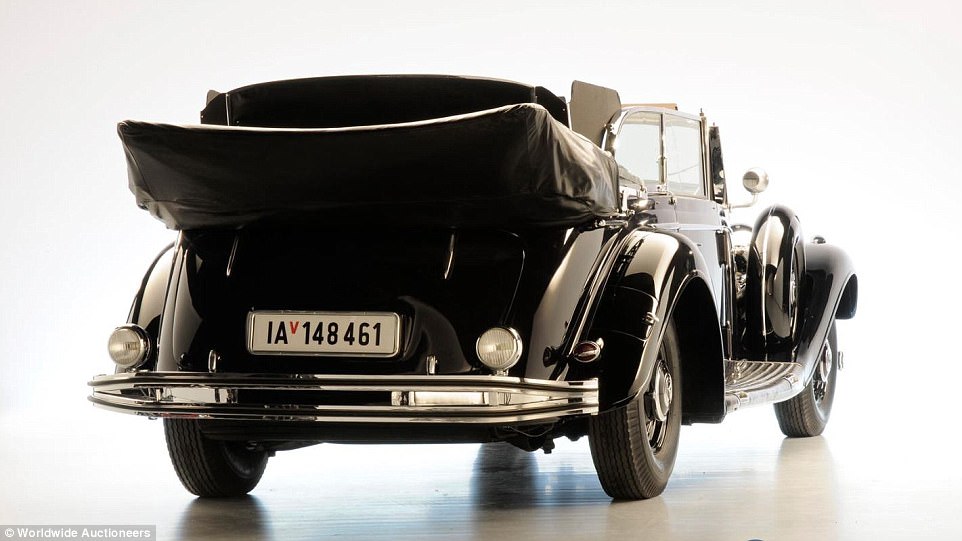 The 770K also had bulletproof glass and a special jump seat for Hitler. 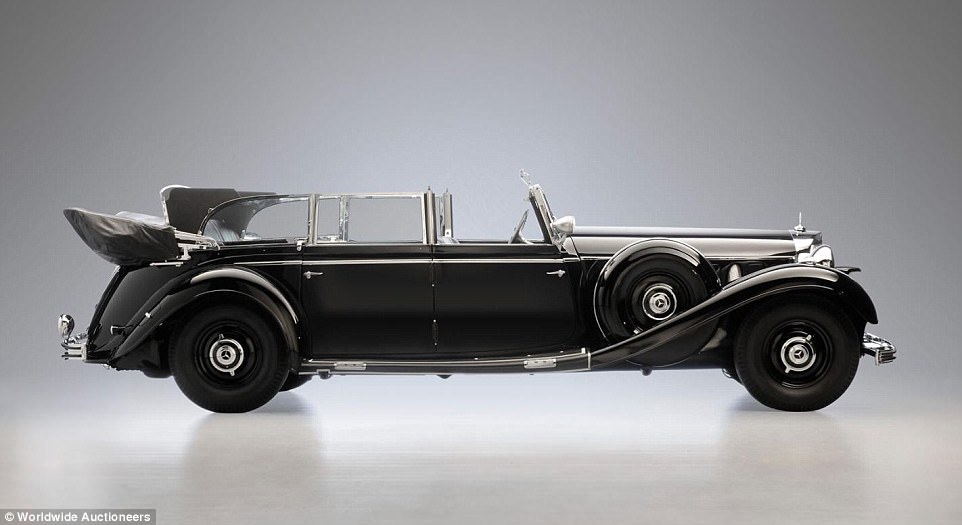 Unlike the ugly armored UPS trucks our current Dear Leaders are driven around in, the Fuhrer’s Mercedes was at least a looker.
Gotta give it to him.