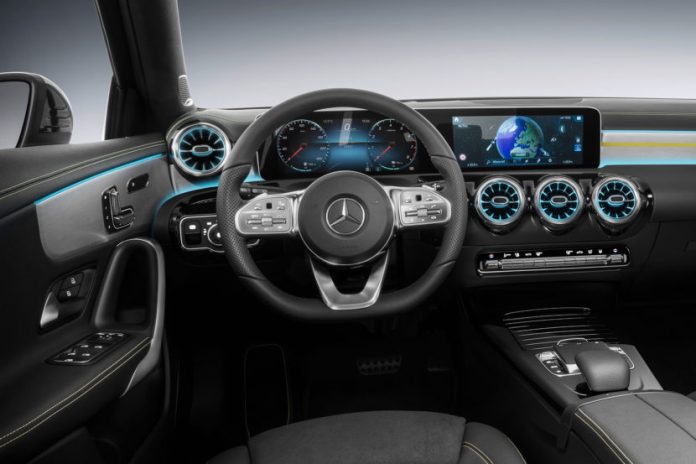 Cars, it’s rightly said, are becoming like cell phones – but in a way that’s different than the purely techno-gadget way most people mean when they say this.

A techno-economic leveling is under way, the same as has happened with our phones. 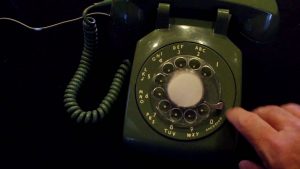 The $60 smartphone you can pick up at Walmart may not have quite as much memory or as high-res a camera as a top-of-the-line iPhone, but it still has one helluva camera and does pretty much everything the $600 iPhone does. It certainly makes a phone call just as quickly. Texts just as competently. You can download and use the same apps as the $600 smartphone. Check email. Watch videos.

The screen/interface looks and works pretty much the same – $60 or $600. The meaningful differences are functionally few.

And so it is becoming – has become – with cars.

Mercedes just previewed its forthcoming (2019)  A Class – which is its entry-level class. But – other than it being smaller – and having a smaller price tag – it has nearly everything that comes in Mercedes’ top-of-the-line S-Class, which is a six figure car. 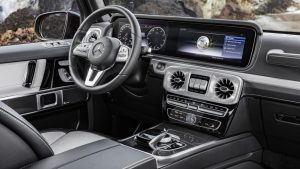 But the A-Class, which costs a third that – will debut 2001: A Space Odyssey technologies such as  the Mercedes-Benz User Experience (MBUX), an AI system with predictive learning abilities. It will effectively read your thoughts, come to know your habits – make suggestions about such things as where to eat and whether you ought t hit the gym today (because it’s Wednesday and the car knows you usually work out on Wednesdays).

This, in Benz’s entry level model.

The A will also come with the same (or very similar) configurable flat screen array – a pair of 10.25 inch screens that sweep across the entire dashpad. This kind of thing used to be only available in the S Class and wasn’t even conceivable in that car – which is an exotic-level car – as recently as about five years ago. It has already filtered down to the mid-priced E-Class and – next year – will be standard in the most modestly priced Mercedes.

Also, driver-selectable ambient mood lighting – in 64 colors. A dual-clutch automated manual transmission. More things which used to be unique to the Big Fish. 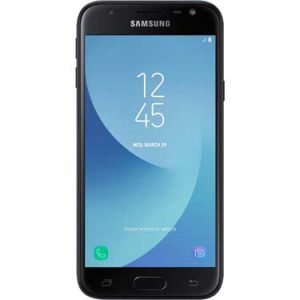 It goes without saying the A will also have power pretty much everything.

As is the case with pretty much all cars now – including cars that cost a third of the A’s base price. This includes things like ambient mood lighting and automated manual transmissions. They are no longer wowsa-dazzle ’em features. They are ho-hum features, no longer anything particularly impressive – in terms of their being exclusive.

And here we come to the apotheosis of the techno-economic leveling. So-called “entry level” cars do not exist anymore. Not if words have meaning; not if “entry level” is a synonym – as it was once – for spartan, minimally equipped, basic.

Cheap – as in shoddy. Poorly put together. A piece of crap. These don’t exist – not new.

Consider the Toyota Corolla I reviewed recently (here). This is an $18k car and it comes standard with a touchscreen, too. Not quite as large – or as fancy – as the one in the A or the S Class, to be sure. But a touchscreen, nonetheless. 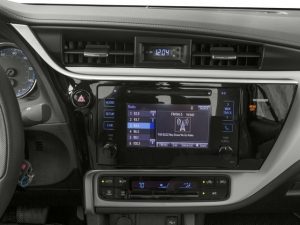 The Mercedes has that oversized three-pointed star, yes. But what else does it have?

The gap narrows. The meaningful differences are less and less with each new model year.

To appreciate how dramatically things have changed – how the lower end (so to speak) has caught up with the higher end – all one need do is reflect how wide the gap once was and not so long ago.

Lower-end cars  didn’t used to come with stereos. A radio might have been offered. With one or two speakers – of very poor quality – vs. the current six of very good quality. Air conditioning was the big ticket item – the feature which, more than any other amenity, separated the “luxury” cars (or at least, the “nice” cars) from the shitboxes – as the late and very great Brock Yates described them. 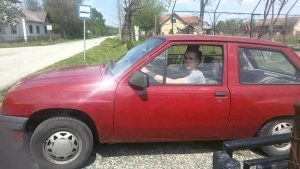 And shitty, they were.

A touchscreen? You were damned fortunate if you got gauges – as opposed to a few idiot lights that came on after it was too late to prevent catastrophic damage.

All new cars – no matter their price – come with a full array of gauges.

They are triple insulated and quieter inside than the Rolls-Royces of the past. No joke. The  2018 Corolla has acoustically laminated glass.

We keep hearing about automated cars. Which – if they do replace autonomous cars – would at a stroke render irrelevant performance brands such as Porsche – and the manufacture of performance cars such as Corvettes and Mustangs pointless, since all automated cars would proceed at the same pace, their movement controlled by the Hive Mind. 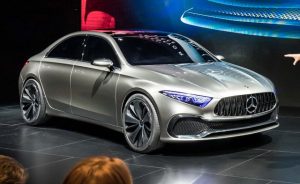 Hopefully – for that and other reasons – automated cars will never replace autonomous cars; i.e., cars we’re free to drive faster (or slower) as we like.

But the techno-economic leveling which has made spending big bucks for a “high end” car no longer necessary because most of the functional amenities that were formerly exclusive to the high-end stuff are standard in the “entry level” stuff is a happy development, indeed.