It’s never been easier to buy a new car; the harder part is not paying too much for it. “Easy” financing obscures how much you’re really paying, by spreading out the paying. Bundling of desirable options with options you may not want – but are pushed into buying in order to get the options you want.

Those are two of the new pressures adding to your peril.

Plus the stand-by perils: Your old car got totaled in a wreck and you need something new, now. You’ve become emotionally attached.

Or your SO has.

Here are some strategies you can use to avoid those new car paid-too-much blues:

Rent it before you buy it –

It’s odd how little time we spend with major purchases before we commit to paying for them – for years to come. Cars are just one example. We walk around the lot, look at different colors, listen to the salesman talk about the features – and maybe take a brief test drive. Then we drive it home.

A longer test drive – prior to purchase – would be a lot more helpful in terms of discovering whether the seats kill your back after a couple of hours behind the wheel. Or that the ride really is too firm (or soft). These are things you don’t usually grok until you’ve lived with a car for awhile. As opposed to an hour or so. 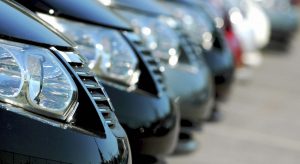 So, rent the thing for a weekend.

While not all makes/models are available on the rental car circuit, many are – especially popular/mass-market models. Trucks and luxury cars are available, too – and it’s worth your time (and the small-in-context cost) to find where to rent them. Then go ahead and rent what you’re thinking about buying – and see how it suits. Without the pressure  – or the long-term consequences.

If you don’t like the thing, return it and try another.

That’s something you can’t do after you bought the thing. Not, at any rate, without paying a lot more than what it would have cost you for a weekend rental.

You’ve probably scored a great deal on a a sofa or appliance that’s out of the box, on display – what’s often called a floor model. These are just as new as the unboxed items, but they sell for substantially less because someone else sat on them or opened and closed the door, left fingerprints, etc.

Dealer demo cars are the same thing on wheels.

It’s a brand-new car, just like the others on the lot. But the plastic is off the seats, maybe a couple hundred miles on the clock. But it’s never been titled and the new car warranty still applies. The difference is what you’ll pay – which will be a lot less than for a car with the plastic still on the seats.

There is almost no downside to this, except for not being the first person to sit on the seats, without the plastic wrap. And – in addition to the deal – some not-small additional perks. For example, the Demo car – having been driven – won’t have any “little things” wrong with it that you will have to deal with. New cars may be warranted but that doesn’t mean they are perfection. And while you won’t have to pay for the fix, if it’s new and warranted, the cost of the hassle will still be yours. The Demo car will be sorted out and ready to roll – on the road, not back onto the dealer’s lift.

Also, you stand a very good chance of getting the dealer to “toss in” an extended warranty – one that continues to cover major components such as the engine and transmission after the factory coverage ends – to assuage your fears (play this up; be Shakespearean) of a car that has “miles” on it.

Even if it’s only a few hundred miles.

Look for a Leftover –

A new car can still be a new car even if it’s not this year’s new car. Sometimes, inventory doesn’t move before the calendar rolls over. When that happens, the dealer gets desperate. Because even though the car is still as new on January 1 as it was on December 31, it’s all of a sudden last year’s model. It just lost about 20 percent of its value.

If the current year’s model has been updated, all the better – for you. Most people will want the re-styled/updated model, not “last year’s” model. 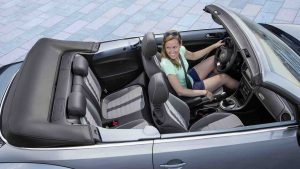 But even if not, you will still score.

Sometimes, these cars will be advertised. Better yet, walk the lot – and look for the leftovers. They’ll be easy to find; just read the window sticker. If it’s last year’s model, you are in luck.

Order the car you want –

Dealers want you to buy from their inventory – the cars they have on the lot. The reason for that is two-fold. First, they are paying carrying costs on every car they have on the lot until those cars find buyers. Second, dealers tend to order the cars which make them the most profit – which means cars loaded with options which you may not want. If you’ve been car shopping lately, you’ve probably already found this out. It can be hard to find a base trim car – or one with a manual transmission, even when it’s nominally available. 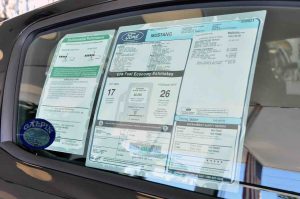 In which case, order the car equipped the way you want it.

The dealer won’t like it and may try to pressure you to buy off the lot. If he does, find another dealer. Or, let the pressure work for you. Tell him that you really want the manual transmission – or the car without the sunroof and the optional leather interior – but you might settle for one with those features . . . if the price is in line with what you’re looking for.

Which brings us to the most important rule of car shopping: As long as you still hold the cash and haven’t signed anything, you hold all the cards. Let that work for you – and you’ll win the game every time.