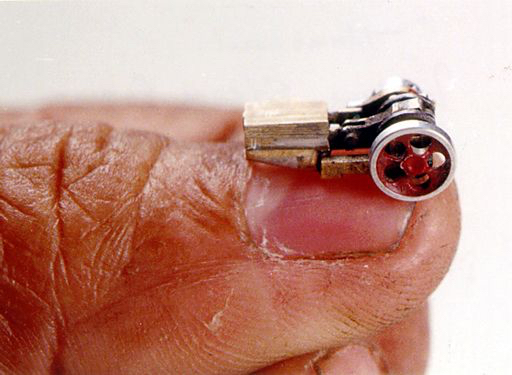 One of the many cons being perpetrated upon the car-buying public is that the very small, very turbocharged four cylinder engines being served up as replacements for “thirsty” V6 and even V8 engines in larger vehicles especially are money-savers.

Hell, they hardly save much gas.

And they cost in other – hidden – ways.

Consider, as an example of the trend, the stats of the 2019 Subaru Ascent vs. those of the Chevy Tahoe. The former is representative of the New School while the Chevy is as Old School as it gets in anything new. 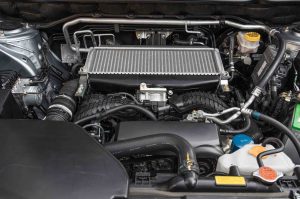 Both are big – and heavy – vehicles. Each seat up to eight  people in three rows. But the Ascent – which is a car-based crossover SUV – has a very small-for-its-size engine, just 2.4 liters and 260 hp to haul around its 4,430 lbs. (that’s empty, before even the driver climbs on board). The EPA says it gets 20 city, 26 highway – best case.

I have been test-driving this vehicle for several days and am averaging 22.8 MPG, according to the car’s computer.

The Tahoe is also a big vehicle and a much heavier vehicle – by more than 1,000 lbs. Because it’s a truck-based SUV, with a heavier-duty frame and truck-type 4WD gear (including a two-speed transfer case) vs. the Subaru’s lighter-duty all-wheel-drive system. Unlike the Soobie, the Chevy has a big V8 under its hood – 5.3 liters and 355 horsepower, which is more than twice the size of the Subaru’s engine and almost 100 hp stronger.

And yet, it hardly uses much more gas. 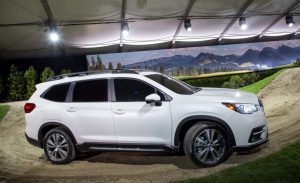 The EPA says 16 city, 23 highway – which amounts to a difference without much distinction of just 4 MPG in city driving and 3 MPG on the highway. I’ve driven several new Tahoes over the years and they also average about what what the Soobie averages.

But the Chevy is much stronger, much more capable vehicle. For example, it can tow 8,400 lbs. vs. several thousand pounds less for the Subaru.

And much quicker, too.

Zero to 60 in just 5.8 seconds vs. 7.3 seconds for the lighter, smaller-engined, but not-much-smaller Subaru (which is about 197 inches long overall vs. 204 inches for the Tahoe).

So, what’s the upside to the Subaru’s downsized engine? It is hard to figure.

And it is not just Subaru. 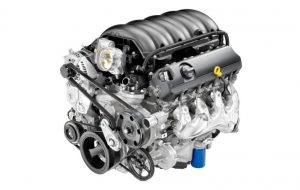 It is becoming practice to put undersized engines in overisized vehicles. Mazda, for example, sells a vehicle that is a direct apples-to-apples cross shop of the Ascent, the CX-9. It is also a large, car-based crossover SUV with three rows of seats  . . . and a very small (2.5 liters) engine under its hood.

It also rates 20 city, 26 highway according to the EPA – like its Subaru rival.

Now, vehicles like the Ascent and the CX-9 never came with V8s; that would be over-engining them. But they did used to come with size-appropriate V6 engines and – shocking, as Geraldo used to say all the time – they didn’t use much more fuel, either.

For example, the 2015 Mazda CX-9, which was available with a 3.7 liter V6, rated 17 city, 24 highway – a difference of 3 MPG in city driving and just 2 MPG on the highway. It’s such a small difference as to make no meaningful difference – in terms of what you paid for gas.

Today you pay in other ways. 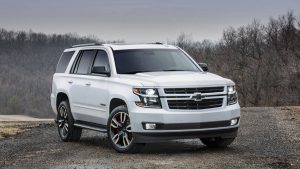 Power/performance is one way.

The CX-9’s no-longer-available 3.7 liter V6 was much stronger than the turbo 2.5 liter four which replaced it – 273 hp then vs. 225 hp now, a difference of almost 50 hp, which is a difference with a distinction.

Another is stress  – and expense.

Undersized engines rely on turbo boost as the replacement for displacement. The theory is that you’ll use less gas when the engine isn’t being turbo-boosted. Which is fine – and true – when the engine is idling and the car isn’t moving.

The reality is that because the engines are too small (and not strong enough on their own) to adequately propel the vehicles they’re tasked with moving, they are on boost almost all the time once they’re not sitting still. The turbo boosts the power to adequate-engine levels, but also results in about the same amount of fuel being used by an engine that is working harder to make it and meanwhile, as a result, its internal parts are subjected to higher stress because of the higher pressure experienced inside a turbo engine.

An engine that isn’t turbocharged sucks air into its cylinder via the vacuum – negative pressure –  created by the pistons as they travel downward, inhaling (so to speak) the air that will be mixed with fuel to create the explosion which makes the power to propel the vehicle. A turbocharged engine is force-fed air, which is crammed into its cylinders under positive pressure (boost) which is typically in the range of 18-22 pounds per square inch. 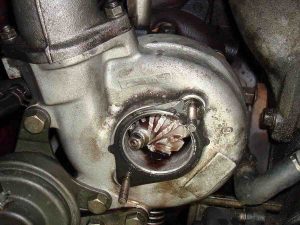 Turbocharged engines can be built with tougher internals, to withstand the additional pressure – but the fact remains they are subjected to higher pressure (and stress) than engines which are not force-fed air. And no matter how tough-built they are, they are built with additional parts – the turbocharger and all its related bits and pieces. This adds certain expense up front – when you buy the car so equipped – and at least possible expense down the road, in the event a problem develops with the turbo and/or any of its related bits and pieces.

It is impossible for such problems to develop with a non-turbocharged engine, because there is no turbo – nor turbo-related bits and pieces, either.

This is why – historically – turbocharged engines were used almost exclusively as power-enhancers (rather the displacement replacers) in high-performance vehicles, usually sports cars and sport sedans.

Now they are being used in mass-market, daily-driven family vehicles like the Ascent and CX-9 and many others.

Which makes no sense except in the context of the car companies being desperate to eke out fractional fuel efficiency gains, in order to keep pace with the government’s none-of-its-business demands that our new cars get ever-higher-mileage.

No matter how little it actually turns out to be – and regardless of how much it costs us.