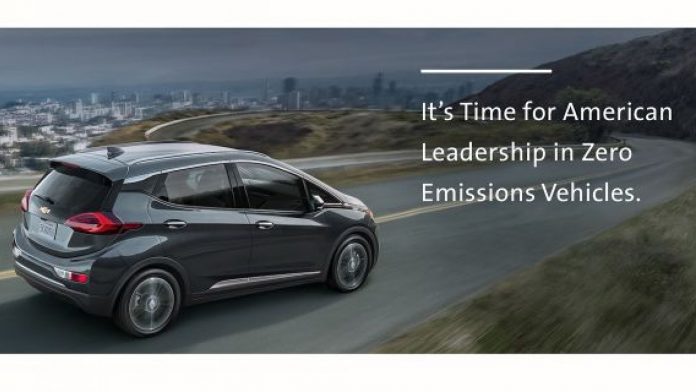 Why is General Motors  – which only sells one electric car – pushing for a national electric car mandate?  Honda and several others, too.

It is not unlike a steak house lobbying for a national vegan menu requirement.

In the words of Jules from Pulp Fiction, allow me to elucidate.

The federal government has already de facto outlawed non-electric cars, using a kind of slow-acting poison that is already causing symptoms to appear and will shortly fell even the healthiest-seeming non-electric vehicles (big trucks and SUVs). 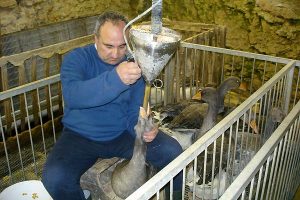 That poison is the federal fuel economy fatwa known as CAFE, which has been around since the ‘70s but is on schedule to almost double and within about five years. By model year 2025, vehicles – not just cars – will have to average 50-plus MPG.

This includes trucks and SUVs based on trucks  – which GM does sell a lot of.

How do you get a truck or an SUV based on a truck  to average 50-plus MPG?

What you do instead is improve your CAFE “fleet average” by folding cars that get infinite MPGs (even though they don’t get many miles down the road) into the equation.

One EV plus one SUV that averages say 20 MPG equals a lot better than 20 MPG. The more EVs you sell – or rather, give away at a net loss – the more SUVs and trucks you can still actually sell. Which GM – and the others selling them – need to sell, because that’s where the money is.

The problem, though, is that electric cars aren’t selling.

This shouldn’t be any more perplexing than being baffled by diners at a steak house failing to order the soy turkey burger with quinoa from the Vegan menu. Especially when the turkey burger costs twice what the ribeye does.

The government – via CAFE – nudged Americans out of big sedans with big V8s and into big SUVs and trucks with V8s because lots of Americans didn’t want to be nudged into smaller, front-drive cars. The big trucks and SUVs were for a time not affected as abusively by the CAFE regs and so the car companies began to build lots of them to meet the diverted market demand for large, powerful vehicles.

CAFE now applies to all vehicles – including trucks and SUVs. Uncle closed the truck/SUV “loophole,” as it styles anything which enables people to avoid Uncle’s nudging, which is always done at bayonet-point. 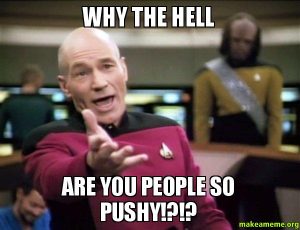 Anyhow, trucks and SUVs and other larger/stronger vehicles continue to sell – or rather, they’re the types of vehicles which can be sold at a profit, without mandates or subsidies.

But – given a  looming 50-plus MPG CAFE mandate – it is extremely necessary to “sell” EVs, in order to be able to actually sell anything else without incurring colossal “gas guzzler” fines – which is the penalty imposed for not meeting the CAFE mandatory minimums.

There is also this new business of treating carbon dioxide as an exhaust emission and the fear (cue Dr. Strangelove voice) of combustion-engine No Go zones being decreed here as they are already being decreed in Europe.

Only “zero emissions” EVs qualify – even though they aren’t “zero emissions” any more than your house is, assuming it has an electrical hook-up. The electrically powered appliances in your house may not “emit” anything inside or even outside of your house, but  how about down the road? The electricity generating plant which makes the electricity that gets piped to your house certainly does “emit.” This includes carbon dioxide. A utility plant has a “carbon footprint” larger than probably 100,000 gas-engined SUVs, but never mind.

Not that there’s anything wrong with this “emitting.” Or rather, harmful about it. This fretting about carbon dioxide is the hobgoblin of illiterates and neurotics and what Lenin once called useful idiots. The same people would be equally alarmed by dark reports about the threat posed by dihydrogen monoxide  . . . aka, water. 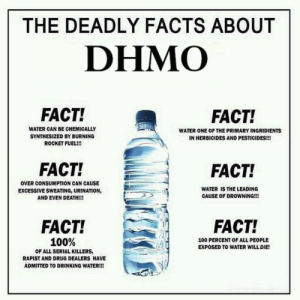 But never mind the false flag threats used to justify them; the fatwas are a fait accompli. Even if Uncle does not impose a 50-plus MPG fatwa nationally, California already has and that leaves GM, et al, in the position of either abandoning California’s market – as well as the market of the half-dozen other states that have enacted their own fatwas similar to California’s – or swallowing a huge loss building electric compliance cars and offloading them at fire-sale prices.

Their solution is to back a national EV mandate, which they hope will spread out their costs by offloading them onto the backs of buyers everywhere. And if every step mandates the production of a certain number of EVs each year, how long will it be before it mandates that people buy them?

None of this is, it is important to grok, is driven by natural market forces. There is no natural market for EVs. Government is creating one, for the purpose of increasing its control over the mobility of the masses. Most people will not be able to afford an EV – and even those who can will have their mobility limited by range and recharge times as well as access to recharging facilities (and power).

People without garages – and access to places to plug in – are going to find their mobility options stymied altogether.

It will also mean The End of the car business. GM may think it will be able to do business in an All EV Future. But what’s coming – and what GM and the other useful idiots are helping to come into being – is an East German-style regime in which the elites have their latter-day ZIS limos and huge SUVs, possibly electric – and the proletariat mostly ride-shares.

They may be smarter than I given them credit for, though. Perhaps there is more money to be made selling rides than cars.

I just wish they hadn’t sold us out.