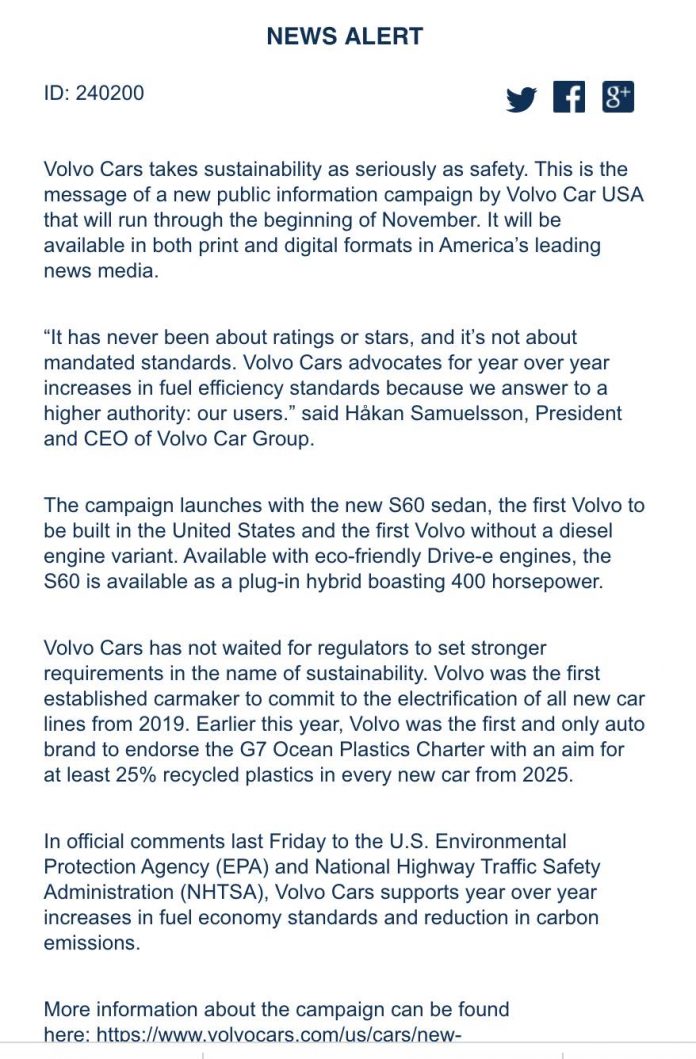 It had to be made mandatory.

Well, now that every new car is saaaaaaaaaaaaaaafe – or at least, compliant with federal saaaaaaaaaaaaaaaaaafety standards – and also because (in keeping with American poltroonery and Babbittry) every major car company is desperate to be seen as clapping loudest and longest for Stalin (also an Uncle, it bears pointing out) by anticipating the next saaaaaaaaaaafety mandate and even proposing new ones of  their own – Volvo’s got to come up with something new to assuage its self-loathing.

This self-loathing being the guilt burden for existing imposed by the West generally, on itself, following WWII and magnificently leveraged by the canker sore Left ever since.

Anyhow, Volvo need a new reason to apologize for itself and here it is:

“It has never been about ratings or stars, and it’s not about mandated standards. Volvo Cars advocates for year over year increases in fuel efficiency standards because we answer to a higher authority: our users,” says Håkan Samuelsson, who is President and CEO of Volvo Car Group.

In  a press release sent to car journalists, we find some of the specifics:

“Volvo Cars has not waited for regulators to set stronger requirements in the name of sustainability. Volvo was the first established carmaker to commit to the electrification of all new car lines from 2019. Earlier this year, Volvo was the first and only auto brand to endorse the G7 Ocean Plastics Charter with an aim for at least 25 percent recycled plastics in every new car from 2025.”

Right about now, you can almost picture Stalin pretending to look impatient as he points at his watch. The clapping only grows louder.

It’s of a piece with the hard-to-watch electro-cringing of VW, which has had to finance a heavy media campaign touting the virtues of other brands’ electric cars while shaming itself for building those awful diesel cars.

No one asks whether any of this – the urgent, almost frantic pushing of “alternatives” to gas-powered cars and “sustainability” – is necessary. It is presumed that there is some vague crisis – “climate change,” a wonderfully useful term precisely because of its vagueness – and that “action” is not only necessary but right now.

This is emoting – not thinking. Feeling rather than thought. We witnessed the two opposites engaging in mortal combat a few weeks ago, during the Kavanaugh hearings. That was not an isolated aberration. It was merely a pouring forth of pus from one of many pustules.

The car industry is now riddled with these, too.

It – and it is an it; there’s no longer any meaningful difference between one vs. another; they have all decided to clap for Stalin, as one – either decided that further resistance is pointless or that it will be more profitable in the long run to clap for Stalin.

Probably a bit of both.

The suicidal tendencies of the West have been noticeable for decades, but at this point are as unmistakable as a guy standing on a milk crate with a rope around his neck.

Reader Question: What is the One Thing to Avoid? 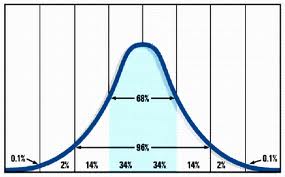