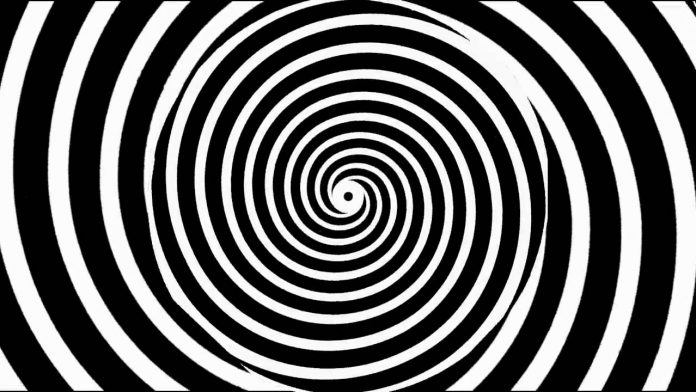 How long do you suppose it will be before they simply close down the roads for saaaaaaaafety? Why not? Every dumbed-down traffic law on the books is premised on the same idea. Slow down. Don’t pass (ever). Only make a turn when the light goes green.

It’s already being done by on some roads – those controlled by the head Uncle in DC rather than the little uncles at the state and county level. 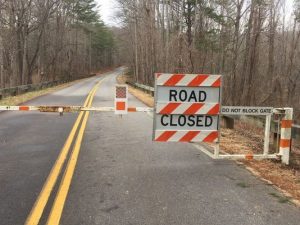 I happen to live very nearby to the Blue Ridge Parkway, which runs from Northern Virginia through the state – parallel to Interstate 81, if you’re interested in Googling it – and on down into North Carolina. The Parkway is federal property – the land having been expropriated  from its former owners back in the 1930s on the orders of Franklin Roosevelt, America’s Mussolini – who sent armed government workers to remove the people who’d been living on the land for generations.

Anyhow, Uncle now owns the land. And he – via his minions, armed government workers – regularly closes down access to the Parkway via gates that are placed every so many miles. This is often done for no discernible legitimate reason.

The threat of snow, for instance.

Not actual snow. The possibility that it might snow, later. Down go the gates. The road is closed – often for days on end – except, of course, to the minions of Uncle. The armed government workers who patrol the Parkway, which becomes their private roadway for as long as the gates are down. 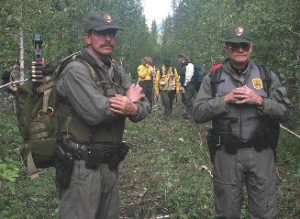 This is all done in the name of . . .  saaaaaaaaaaaaaafety. It might be slick! “Someone” – not an any particular person – might not be able to deal with this. We are are all presumed to be inept. Therefore, none will be allowed to use the roads their taxes paid to build and and keep up.

Except, of course, the armed government workers. Somehow, every last one of them is presumed able to deal with slick roads. Not a chance that one of those anointed might slide off the road.

It’s nonsense of the most obnoxious sort, but warbling saaaaaaaaaaaaafety has a kind of mesmeric effect upon the populace. It stills all dissent. Justifies any outrage. Enables the government to get away with doing things that are as unbelievable as they are outrageous – to the extent of empowering the lowest scum to legally put their hands on people’s private parts – including the private parts of women and children – provided the creeps doing so are wearing a special government-issued blue costume.

The word is being used in the same way and for the same ends today, in this country, that other words, now in disrepute  – the proletariat,  the Volk – once were used in other countries, in earlier times. Saaaaaaaafety provides the pretext for the ruling cabal in this country to impose its will on the masses without actually having to impose it. The people – in the main – accept it on that account. More than accept, they defend it.

They – i.e., government workers – are just trying to keep us safe, after all. 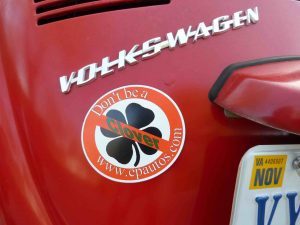 You hear this everywhere.

So why not close the roads? Not just the Parkway. Any road. All roads. Whenever  government workers decide it’s not saaaaaaaaaaaaaafe for us to be out there? Which could be anytime.

After dark, certainly. Or when the sun is “too bright.”

They are just trying to keep us saaaaaaaaaafe!

But what is the origin of this mandate to keep us saaaaaaaaaaaafe? 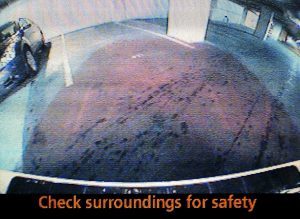 There is language in the federal Constitution (which is a “contract” none of us actually agreed to) about the “general welfare,” which could be – and has been – construed to mean almost anything, in order for the government to authorize itself to do almost anything. But the government didn’t begin squawking about saaaaaaaaaaaaaaafety until rather recently. One did not hear the word back in the ’60s and ’70s, unless in the company of old biddies.

Baby on Board signs, all of a sudden. The random, probable-cause-free checkpoints which presume everyone’s guilty of “drunk” driving until they prove otherwise. Seat belt laws for grown adults. TV shows that glorified armed government workers (e.g., Cops, America’s Most Wanted) rather than poking fun at them. The first attempts to force people to buy insurance, first for cars – then for “health.” 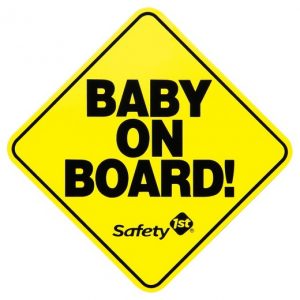 The Ascendance of Mommy Culture. Of women obsessed to a neurasthenic degree with . . . saaaaaaaaaaafety. This is where the water slide ride began. To quiet the harridans, men enacted laws. Soon, women were enacting them directly. Men soon became largely indistinguishable from women – or did their best to convince women of it. If anything, men strove to out-woman women by being even more “concerned” about saaaaaaaaaaaaafety than the typical neurasthenic woman.

A society ruled by a mewling authoritarianism. Not Big Brother – Big Momma. The worst sort of tyranny imaginable because it’s not just tyrannical, it’s insufferable. The endless cloying claptrap about abusing us, treating us as idiot children who can’t be trusted to crap competently in our own pants. . . . because Big Momma cares and wants to keep us saaaaaaaaaaaaaafe.

Your 5th grade teacher in stretch pants, but with a gun now – and the school day never ends.

It makes my teethe ache.