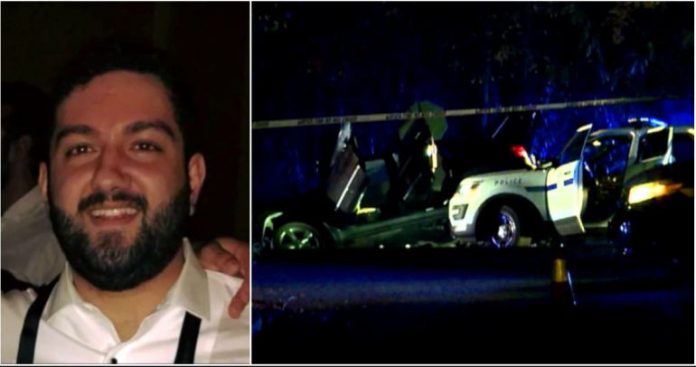 In addition to “officer safety,” another de facto capital offense in this country is “failure to comply.”

This past fall, a Northern Virginia man named Bijan Ghaisar was executed by armed government workers after a brief car chase. Apparently, the man had been involved in a minor accident – no injuries and he wasn’t the driver who caused the accident –  but he left the scene regardless. It’s possible he had an expired license or some other thing on his mind and feared (rightly) what the “heroes” might do to him if he stuck around. Given the run-amokness of “heroes” these days, avoiding them is reasonable self-preservation.

We have good reason to fear for our safety.

This resulted in a car chase. Not a “high speed” or “reckless” one. The guy was simply not complying. He stops a couple of times and then thinks better of it as armed government workers begin to approach – and takes off. This of course really annoys the armed government workers – who end up surrounding the guy’s car and ending his life in a hail of bullets.

Their victim was not armed. He posed no “threat” to the “safety” of the “heroes.”

He was, however, non-compliant.

Somehow, the law has transmogrified to justify – legally permit – armed government workers to aim lethal weapons at unarmed people and shoot them to death for this offense.

Which makes sense, from a certain point of view – i.e., theirs.

No challenge to their Authority can be tolerated. This is the fulcrum of things. To allow any disrespect is intolerable, a crime worse than any on the books . . . from the point of view of armed government workers and, of course, the government they work for.

It’s been pointed out that police – armed government workers – have become functionally indistinguishable from occupying soldiers. Redcoats with body armor and automatic-fire weapons.

One of the characteristics of such is the countenancing of no “resistance” to their commands. A POW who attempts to get away is shot as a matter of course. This is exactly how this man was treated.

He was not an armed and dangerous criminal. Just a guy who got into a minor traffic scrape and then – for fully understandable reasons – failed to comply. For this, he was murdered.

A strong word – but the right word.

Take away the buzz cuts, the opaque Intimidator sunglasses – and most especially, the official uniforms and government-issued guns. If an ordinary man – a gang of ordinary men – had surrounded the car of another man attempting to get away from them after a minor fender-bender and then drawn weapons on their unarmed victim – who was trying to get away from them – and rained death upon him with their weapons, they would without question all be facing at least second-degree murder charges.

The part above about trying to get away is italicized for emphasis.

It is generally the law – for all but armed government workers – that one may only resort to deadly force when confronted with a pursuing attacker one cannot get away from. It is generally a legal obligation to retreat from such a confrontation, if reasonably possible.

For armed government workers, it is the reverse. They have been given a literal license to kill people who are simply attempting to avoid them. Which explains why they do kill them – and with such glib abandon.

It’s the perfect gig for someone who wants to kill people – and get away with it.

An ordinary citizen is chastened preemptively about the use of deadly force, if not by his own moral compass, by the knowledge that if he does use it and it’s sketchy in any way, there is a very good chance he will be spending many years in a prison cell. 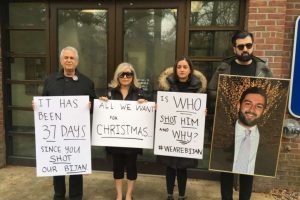 Ending another person’s life is as serious as business gets and when done, should only be done when one’s own life is in obvious and imminent danger. Not because one claims he “feared for his safety” – like a little boy hiding under his bed to escape the Bogeyman – and who probably at least believes in the existence of said Bogeyman – but on account of an actual and imminent threat, such as a person pointing an actual (as opposed to hypothesized) gun at you. The latest news on this and more.

We are urged to regard armed government workers as “heroes” who “serve” us. Well, in the first place, “heroes” are people who put themselves at risk for the safety of others. They are not people who bleat constantly about their safety – and use that bleat as the justification to blow people away . . . just to be “safe.” 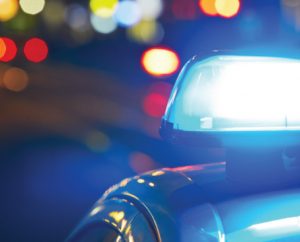 In the second, they do not “serve.” Armed government workers are exactly that. They are the state’s mercenary troops, paid to enforce the state’s edicts – and their own, too. They do as they like – and are rarely even tongue-lashed for it.

Warpage of language has turned the world upside down.

Getting back to our now-deceased victim of non-compliance. The armed government workers in pursuit knew who he was – they had his license plate as well as the account of the other person (an Uber driver, apparently) involved in the initial fender bender. Why did this have to become a deadly encounter? Why couldn’t the armed government workers have backed off and de-escalated the situation?

The now-dead man would have gone home eventually and his minor traffic transgressions could have been handled without resorting to a hail of gunfire by the side of the road.

But then, the point would not have been made.