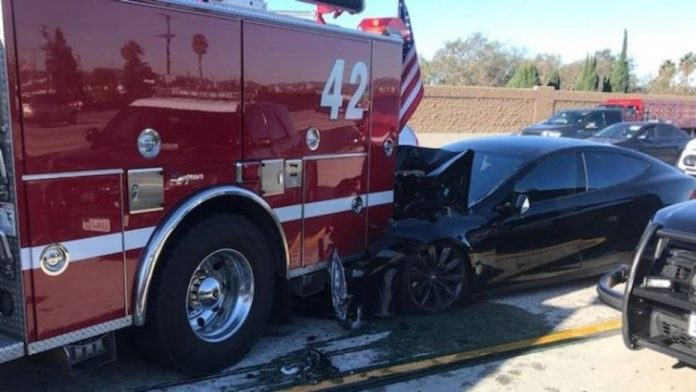 A second federal safety agency has opened a probe of an incident in which a Tesla electric car on Autopilot rammed into a parked firetruck, a sign of the scrutiny the emerging automated and drive-assist technology is receiving.

The National Highway Traffic Safety Administration is sending investigators to California to evaluate the crash, according to a person familiar with the agency’s plans. Reuters also reported the latest development. The National Transportation Safety Board announced Tuesday that it was also sending investigators to examine the Monday morning incident, in which a Model S hit the truck assisting in a separate accident on the side of a freeway near Los Angeles.

The probes highlight the growing concerns about cars that are increasingly capable of automated operations, which have been permitted with limited government oversight. The NTSB, for example, rarely conducts investigations of highway accidents, generally opening probes of cases that have multiple fatalities or involve broader safety concerns.

The Tesla’s driver said he had the vehicle’s Autopilot driver-assist system engaged when it struck a firetruck, a union for the Culver City, Calif., firefighters said in a tweet on Monday. “Amazingly there were no injuries! Please stay alert while driving!” the union said in the tweet.

Tesla said in a statement Monday that Autopilot is “intended for use only with a fully attentive driver.” The company said it has taken steps to educate drivers about the need to keep their hands on the steering wheel and be prepared to take over from Autopilot, which it calls an “advanced driver assistance system” that is not intended to turn the vehicle into an autonomous car.

A Tesla spokeswoman declined to comment on the investigations.

A Sea of Forlorn VWs