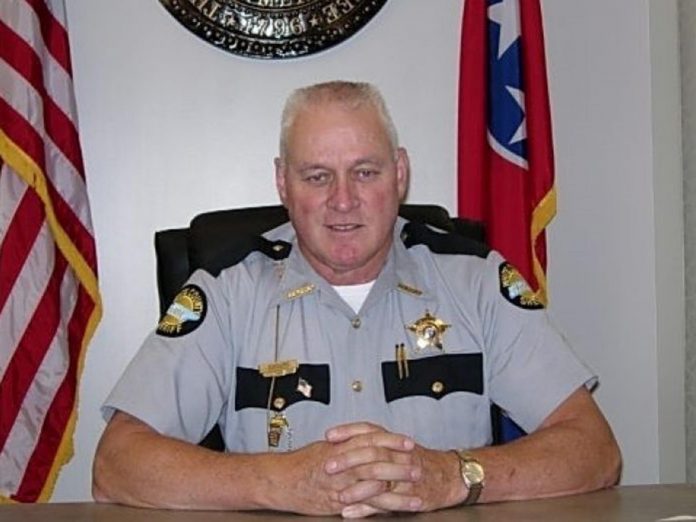 Back in 1971, Clint Eastwood’s character said it on screen – and people were shocked. But it was just a movie. And besides, Dirty Harry only shot bad guys – murderous psychopaths, as in the original 1971 film.

Today we have Dirty Oddie – and he’s not a character on the silver screen. He’s an armed government worker – a law enforcement officer – in Tennessee. And he “loves this shit.”

Killing people, that is.

Those are Dirty Oddie’s own words. “God, I tell you what, I thrive on it,” he adds (in between chuckles).

Dirty Oddie thought he was talking behind closed doors, among his fellow armed government workers, when he uttered those words in the wake of yet another roadside execution that was the culmination of yet another needless escalation over the enforcement of an initially petty violation of statute.

Michael Dial, 33, was driving on a suspended license.

No one had been harmed. He wasn’t even bothering anyone.

He was merely driving without – so to speak – the King’s Permission. Apparently, an armed government worker ran the plates hanging off his battered old pick-up truck and thus began the fatal encounter. 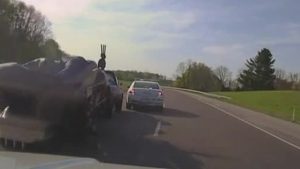 The point is Dial wasn’t initially a criminal in even the misdemeanor sense and the armed government workers knew that, having run his name through their computers – which is how they discovered the suspended license “offense.” And it’s worth noting that Dial – who was white – was initially targeted for scrutiny – the license check – for the not-even-statutory “offense” of being poor. He was driving a battered and faded decades-old truck and hauling a trailer load of junk.

This drew their attention. Then their fire. 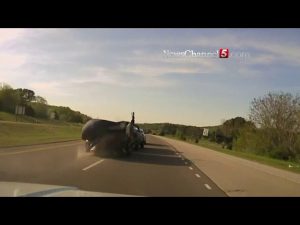 It is not in keeping with politically correct orthodoxies, but it’s not primarily skin color that paints a target on your back. It is economic status – as perceived  among other qualifiers by the type of vehicle you drive.

At any rate, the armed government workers could have discreetly followed Dial rather than amped up the situation with their howling sirens and flashing lights – which are designed to confuse and disorient the target of their attentions.

They could have backed off – and calmed things down. Why not? There was no good reason to escalate as Dial wasn’t a threat to anyone.

But doing that would constitute the worst offense of all – a threat to the Authority of armed government workers. And that is a capital offense in America.

Dial led the armed government workers on a low-speed “pursuit” – his battered truck, which was pulling a trailer loaded with stuff he’d picked up at a flea market – was hardly capable of more. 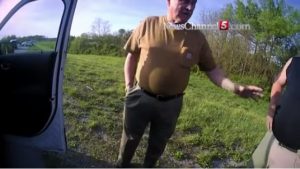 Dirty Oddie’s men surround the truck, then ram it – and the trailer – attempting to sideswipe it off the road. This is not enough escalation for him. “Don’t ram him. Shoot him! Fuck that shit! You’re gonna tear my cars up.”

Dirty Oddie is more concerned about damaged sheetmetal than he is about Dial’s life – which ends shortly thereafter in the usual hail of bullets. Dial was not armed. All of this over a suspended driver’s license. All because Dirty Oddie could not tolerate such an offense – the affront to Authority, not the suspended license – to go unpunished.

Who was caught on tape exulting in Dial’s death. 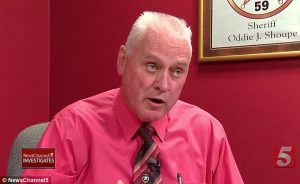 Dial’s widow is attempting to get the Feds to intervene, but this is like asking the Gambino family for assistance dealing with the excesses of the Genovese family. If she gets money, it will be extracted from other victims – the people of the Tennessee, who will be made to pay for Dirty Oddie’s crimes.

And the consequences – if any – will of course be purely financial. Dirty Oddie will not be removed from his position of “public trust” for reasons of obvious psychopathy. None of the armed government workers who carried out his psychopathic orders will see the inside of a jail cell.

When the video of this incident went public, Dirty Oddie claimed that he “ . . .gave the order to take him out because he was going to kill somebody if we hadn’t.” 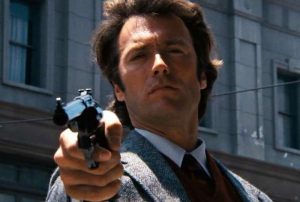 But it was Dirty Oddie’s men who created the situation by escalating a trivial infraction into what became a roadside fusillade.

Driving on a suspended license does not mean one is driving dangerously. It means one is driving without government permission – that’s all. Is this offense so egregious that it justifies a multi-car pursuit? Ramming – and gunfire?

OJ got treated with greater discretion.

Would it have threatened public safety in any actual way to let Dial continue driving home and deal with the trivial infraction of the motor vehicle code later?

Even Dirty Harry would be disgusted.

Improve the saving skills at their places.